Shocking Results: Experiment Tests Kids Raised Around Guns and Those Shielded From Them

Shocking Results: Experiment Tests Kids Raised Around Guns and Those Shielded From Them March 4, 2016 Bristol Palin 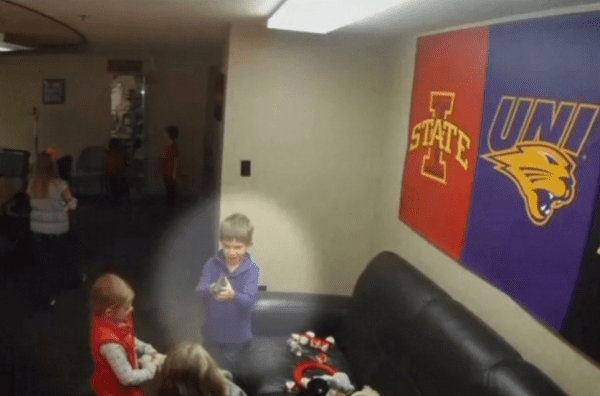 The household gun debate divides families, neighbors, communities and evens states. The result of an experiment conducted in Iowa may shock one side of this debate.

The experiment consisted of children whose homes do and do not contain guns. KWWL-TV and the Waterloo police placed mothers of the kindergarten and pre-school children in a monitoring station to watch the children in another room. Hidden among a slew of toys was an unloaded gun — it only took 15 seconds before a child found it.

The Blaze shares the results of the gun experiment:

The moms were visibly shaken.

Lieutenant Aaron McClelland said it was typical behavior “for young kids. Curiosity. Everything is a toy in their world. Unless we educate them and let them know sometimes it’s not.”

At the very end of the dramatic video 7-minute — after the image of kids holding the gun and the mom’s emotional reactions — the reporter shared a compelling caveat regarding the two children in the room who didn’t pick up the gun.

“Those two children are the ones who have guns in their homes and their parents have talked extensively about guns so therefore their curiosity is gone,” she said…

McClelland emphasized that parents need to talk to their kids: “Until they know that sometimes it’s not a toy, these accidents will happen.”

Let that sit with you for a moment. Only the children whose homes had exposed them to guns knew not to touch the dangerous toy. As other children ran around pointing it at each other, two stood back because their parents understood the importance of teaching and appropriate exposure.

Parents assume their child will automatically know what is and is not dangerous. The danger is not guns themselves, but a lack of education.

So thankful Tripp is around guns and knows how to act around them.

Watch part of the experiment take place below: 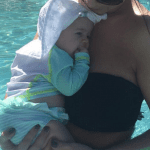 March 6, 2016 3 photos: My love Sailor Grace and my best friends (my sisters!)
Browse Our Archives
get the latest from
Politics Red
Sign up for our newsletter
POPULAR AT PATHEOS Politics Red
1