The BBC needed to hire someone to be their new Chief Religion Correspondent, so they appointed someone to talk about issues of God, faith, and theology… who once suggested that someone should “sh*t” in my mother’s mouth.

You can’t make this stuff up. Real professional, BBC – You really picked a winner here.

Breitbart has all the details.

He called Mrs. Palin America’s “resident dunce” and “a world-class idiot” after she said America’s massive national debt was “enslaving” future generations and made them “beholden to the foreign masters”.

Mr. Bashir said her comments were “abdominal to anyone who knows anything about [slavery’s] barbaric history” and implied the former Alaska governor deserves an 18th-century “dose of discipline”.

Specifically, he quoted the diary of a Jamaican slave owner who boasted about making slaves “sh*t in [the] mouth” of other slaves, before insisting Mrs. Palin was the “outstanding candidate” for similar treatment today. 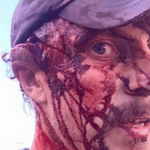 October 5, 2016
Man Survives Bear Attack and Then Immediately Films His Story
Next Post 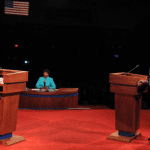 October 9, 2016 Sarah Palin stood during her vice presidential debate. Why do the guys get to sit?
Browse Our Archives
get the latest from
Politics Red
Sign up for our newsletter
POPULAR AT PATHEOS Politics Red
1