Two Days After 9/11, Donald Trump Gave an Interview at Ground Zero – Here’s What He Said 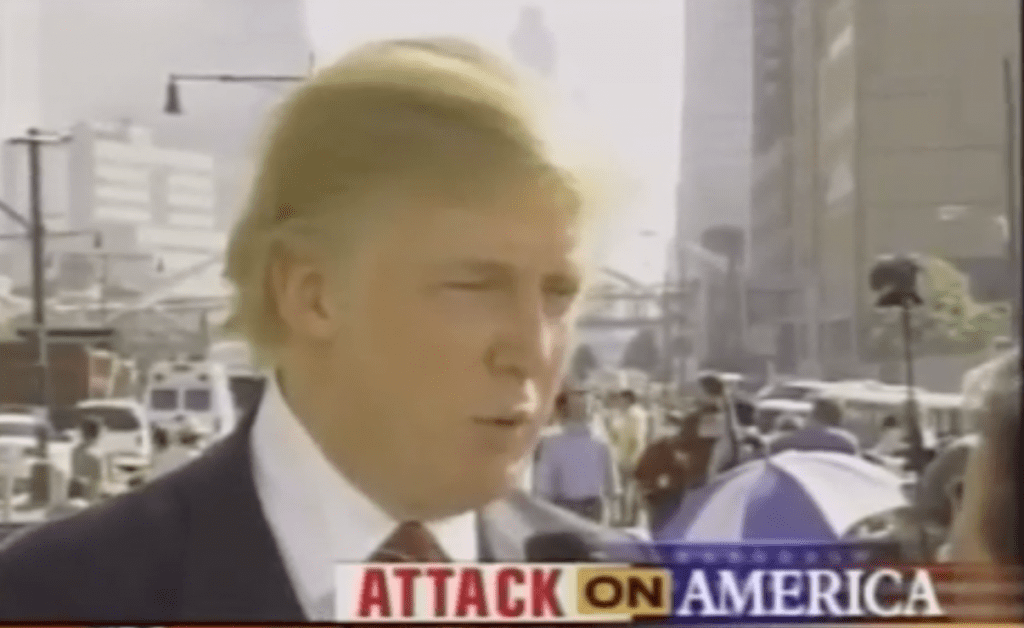 Two days after September 11th, Donald Trump was on the scene of Ground Zero with workers who were trying to find survivors.  NBC recently aired that footage, and it’s interesting to see what the now-President said.

“I’ve never seen anything like it. I’ve seen two huge 110-story buildings that a reduced to rubble, thousands and thousands of lives, I just got to see something that I’ve never seen before, I have hundreds of men inside working right now and we’re bringing down another 125 in a little while,” he said.

“Not only is it devastation but it’s very dangerous because every few minutes a whistle would go off and everybody would just run because you have all the buildings around it which are in such a weakened state that people just don’t know,” he said.  “And then they come back, and they’re working under 50-story buildings and you don’t know if they’re going to fall down, so it’s a terrible thing for the workers and a terrible thing for the world.

He also talked about the amazing workers who were trying to dig people out of the rubble.

“They’ve never seen bodies like this. … I mean the great thing is when they find somebody that’s alive like the firemen they just found a little while ago. That’s the great thing and that’s what they’re all striving for, but generally speaking that’s not the case. They are working very, very hard but it’s a very, very depressing situation for these folks.

When the reporter asked him about whether he thinks the workers would find more survivors, he said:

I, for one, am very glad that Donald Trump is President now instead of Hillary Clinton.  He understands how to Make America Great Again, even in our darkest days. 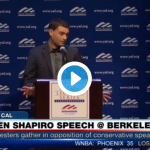 September 17, 2017
Ben Shapiro Has an Epic Response when a Liberal Student Questions the 'Moral Value' of a Fetus
Next Post 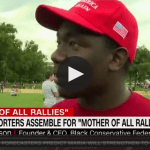