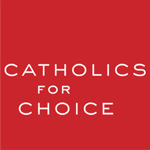 My religion defines who I am. And I’ve been a practicing Catholic my whole life. And it has particularly informed my social doctrine. Catholic social doctrine talks about taking care of those who — who can’t take care of themselves, people who need help.

With regard to — with regard to abortion, I accept my church’s position on abortion as a — what we call de fide (doctrine ?). Life begins at conception. That’s the church’s judgment. I accept it in my personal life.

I — I do not believe that — that we have a right to tell other people that women, they — they can’t control their body. It’s a decision between them and their doctor, in my view. And the Supreme Court — I’m not going to interfere with that.

Now, with regard to the way in which the — we differ, my friend says that he — well, I guess he accepts Governor Romney’s position now, because in the past he has argued that there was — there’s rape and forcible rape. He’s argued that, in the case of rape or incest, it was still — it would be a crime to engage in having an abortion. I just fundamentally disagree with my friend.

And, despite the U.S. Council of Catholic Bishops already taking exception to the statement about religious institutions being exempt from paying for contraception coverage, it remains true.  In addition, like Biden, most Catholics do not agree with the leadership’s ongoing legal battle:

A survey of 1,000 self-identified Catholic voters found that overwhelming majorities feel no obligation to vote the way the bishops tell them to (83 percent) and think Catholic politicians are free to ignore voting instructions from the bishops (76 percent).

More results from that survey can be found here.

October 12, 2012
Honorable Mention: The Bill of Reproductive Rights
Next Post

October 14, 2012 Pro-Choice Prayer Is About Justice
Recent Comments
0 | Leave a Comment
"They were all too aware of human perversions then and in the age before. Genesis ..."
Bob Shiloh How Gender Studies Transforms Religions
"I have Eve Wood-Langford's book in my personal library. I bought it because I was ..."
Walter Mattfeld The Most Interesting Chapter in the ..."
"You guys aren’t even close to Christians. You believe you’re better than Christ and can ..."
Kyle Racism, Sexism, & The Holiday Classics
"Even as a reverent agnostic, yet assuming a genuine divine revelation, I wonder how that ..."
John Gills How Gender Studies Transforms Religions
Browse Our Archives
get the latest from
Progressive Christian
Sign up for our newsletter
POPULAR AT PATHEOS Progressive Christian
1