What if we gave up violence against women for Lent?  Or, gave it up forever?

Gave up tolerating it, looking the other way, shaking our heads, and gave up swallowing our rage?

The intersection of the Christian season of Lent, when so many of my Christian and clergy friends are reflecting on what they are giving up and/or committing to, with VDay and the One Billion Rising campaign invites a reflection on what might happen if the two come together.

About One Billion Rising:

One in three women on the planet will be raped or beaten in her lifetime.

One billion women violated is an atrocity.

One billion women dancing is a revolution.

On V-Day’s 15th Anniversary, 14 February 2013, we are inviting ONE BILLION women and those who love them to WALK OUT, DANCE, RISE UP, and DEMAND an end to this violence. ONE BILLION RISING will move the earth, activating women and men across every country. V-Day wants the world to see our collective strength, our numbers, our solidarity across borders.
What does ONE BILLION look like? On 14 February 2013, it will look like a REVOLUTION.

ONE BILLION RISING IS:

A global strike.
An invitation to dance.
A call to men and women to refuse to participate in the status quo until rape and rape culture ends.
An act of solidarity, demonstrating to women the commonality of their struggles and their power in numbers.
A refusal to accept violence against women and girls as a given.
A new time and a new way of being.

The Christian season of Lent is often about spiritual discipline, reflection, introspection, and preparation for death and new life.  In a world when too many women and girls suffer violence and prepare themselves for death every day, what might global commitment to new life look like?

Walk out of any situation that demeans and dehumanizes women and girls.

Rise up and demand a better world for yourself and your daughters.

Give up any ways of being or thinking that make violence against women and girls possible.

That would truly be a revolution and a resurrection of monumental proportion.

A new time and a new way of being. 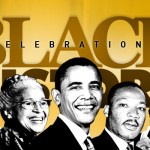 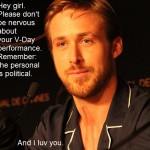 Halloween Is A Celebration of Change,...
Thoughts of a Modern Celtic Wanderer
Related posts from Caryn Riswold