Of course, by the time I got around to watching Macklemore’s Same Love video at the urging of my students, I was informed by others that they were already “over” Macklemore (especially because this thing called Thrift Shop …).  That generation gap just gets bigger every year.

As described in a Huffington Post article, the song was released by the Seattle-based rapper last year to support efforts toward legalizing same-sex marriage:

The stylish new clip depicts a gay man’s life from an embattled childhood through a joyous wedding day and then to the inevitable tragedy. “I might not be the same, but that’s not important/No freedom ‘til we’re equal, damn right I support it,” Macklemore rhymes in the track, which was which was produced by Ryan Lewis and also features Mary Lambert. “A certificate on paper isn’t going to solve it all, but it’s a damn good place to start.”

It is a touching song and video, telling a love story while situating it in the context of other struggles for justice in U.S. history.  What I find more interesting, of course, are the lyrics highlighting the problem that religion is and has been with much of the public debate and personal anguish around homosexuality and gay marriage:

The right-wing conservatives think its a decision

And you can be cured with some treatment and religion

America the brave / Still fears what we don’t know

And God loves all His children / And somehow forgotten

But we paraphrase a book written / 3,500 hundred years ago

The song not only criticizes a theology twisted by fear and frozen in a literal-minded past, it also points out that some of us are taught, by religion, differently:

Human rights for everybody / There is no difference

Live on! And be yourself!

When I was in church / They taught me something else

And that Holy Water / That you soak in / Has been poisoned

When everyone else / Is more comfortable / Remaining voiceless

Rather than fighting for humans

The song concludes with a refrain using words from Paul’s letter to the Corinthians, a popular if not ever-present biblical text at church weddings:

Love is patient, love is kind

Love is patient (not cryin’ on Sundays)

Love is kind (not crying on Sundays)

Now.  If I could just get my husband to sing that and stop incessantly repeating the refrain from Thrift Shop … “only got twenty dollars in my pocket …” 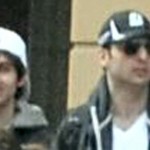 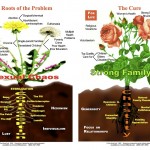 May 1, 2013 Chastity Brings May Flowers?
Recent Comments
0 | Leave a Comment
"They were all too aware of human perversions then and in the age before. Genesis ..."
Bob Shiloh How Gender Studies Transforms Religions
"I have Eve Wood-Langford's book in my personal library. I bought it because I was ..."
Walter Mattfeld The Most Interesting Chapter in the ..."
"You guys aren’t even close to Christians. You believe you’re better than Christ and can ..."
Kyle Racism, Sexism, & The Holiday Classics
"Even as a reverent agnostic, yet assuming a genuine divine revelation, I wonder how that ..."
John Gills How Gender Studies Transforms Religions
Browse Our Archives
get the latest from
Progressive Christian
Sign up for our newsletter
POPULAR AT PATHEOS Progressive Christian
1