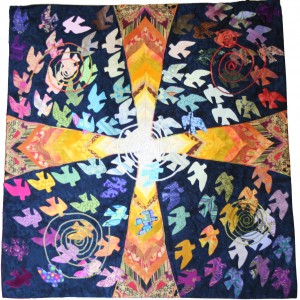 This Sunday, Christians celebrate Pentecost.  As a liturgical moment, it marks the arrival of the Spirit and enlivening of the community of gathered Jesus-as-Christ-believers, described in Acts 2.  As a vocabulary word in my introduction to Christianity course, it means “fiftieth” day since Passover.  This is important because that gathered community, still perhaps reeling from the execution of Jesus not two months prior, was in fact marking the Festival of Weeks, in accordance with their Jewish tradition:

“The period from Passover to Shavu’ot is a time of great anticipation. We count each of the days from the second day of Passover to the day before Shavu’ot, 49 days or 7 full weeks, hence the name of the festival. (See The Counting of the Omer.) The counting reminds us of the important connection between Passover and Shavu’ot: Passover freed us physically from bondage, but the giving of the Torah on Shavu’ot redeemed us spiritually from our bondage to idolatry and immorality. Shavu’ot is also known as Pentecost, because it falls on the 50th day; however, Shavu’ot has no particular similarity to the Christian holiday of Pentecost, which occurs 50 days after their Spring holiday.”

There are, then, so many layers of meaning attached to this thing that is called Pentecost.

I like a more recent one, offered up by Christena Cleveland this week.  She begins by describing her encounter with a student who asserted the following to explain his resistance to cross-cultural relationships within and between churches:

“Well, obviously God doesn’t want us to interact with people who are different than us,” he replied. “I mean, the story of the tower of Babel[i] is proof that God never intended for churches to be diverse.”

Wow.  I can only hope that I’d have as much patience and grace as she did in her response to the student:

I took a deep breath and gently reminded him that the tower of Babel story in which God created cultural/linguistic divisions takes place in Genesis 11 and encouraged him to also consider the vast story that takes places after Genesis 11. I also suggested that he pay special attention to the story of Pentecost in Acts 2 since many scholars believe that, among other things, it “reversed the curse” of the tower of Babel and unified all cultures through the power of the Holy Spirit.

Honestly, it doesn’t surprise me that the tower of Babel story was totally on this guy’s radar but that the reconciling, multicultural, unifying nature of Pentecost was clearly not. The segregated reality of the tower of Babel makes sense to him – it’s consistent with his understanding of and experience with the present-day Church in North America. As a child he attended a homogenous church that was situated in a diverse community. As an undergrad he attended a homogenous Christian college that was situated in a diverse community. As a seminary student he attends a homogenous seminary that is situated in a diverse community.  Based on his experience and as far as he’s concerned, we’re still under the curse of of Babel. The people of God doggedly stick to their cultural enclaves even when their surrounding communities are diverse! In fact, we often use the so-called “language barrier” as an excuse to not interact cross-culturally.  It’s as if Pentecost never happened.

And it didn’t end (or even begin) there, this spiritual redemption from idolatry and egoistic claims that we had it all figured out.  Stonewall patrons resisted.  ACT UP fought for access to medication.  Ms. was published.  Native women resisted the colonization of their land and bodies, and the madres de la Plaza de Mayo walked every Thursday.

And … the Minnesota State Legislature voted to approve marriage equality.

The Spirit blew in and confused the boundaries and categories that we had erected for ourselves, defying explanation and categorization.

It happened.  It is still happening all around us. 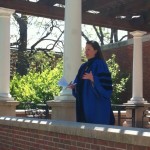 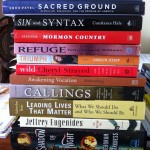 Things Christians Think and Do Not...
Honest to God
Related posts from Caryn Riswold