I just ruined “Baby, It’s Cold Outside” for my husband this year.  He’s endlessly irritated that I made him read this Salon article pointing out how the 1940s winter tune is a date rape anthem.  She says no.  He plies her with drink.  Hey … did he put something in the drink?  Isn’t it sweet?

I am devoted to Christmas songs, movies, and television classics from the morning after Thanksgiving all the way through to New Year’s Day every year.  I can’t stand them even one day before that, and anything after the January celebration of Epiphany is a little weird.  In between, I can’t get enough.  For 11 months of the year, I want nothing to do with Amy Grant.  Nothing.  In December, her 1983 Christmas album is on constant rotation in our house and on long car rides.  I’m listening to Sirius XM Holly as I write this right now!  I can’t wait to get Kelly Clarkson’s Wrapped in Red album this year!

I even have a ritual to kick off the movie season that includes watching my three favorite Christmas movies first and in this order. 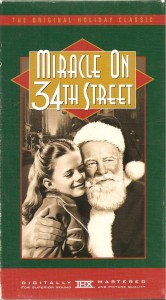 It begins with Miracle on 34th Street as I start putting up our Christmas tree while others are out getting tasered at Walmart in search of a cheap flat screen television.  The original black and white, of course.  Don’t colorize or remake another classic, please!

Then I move on to White Christmas with Bing Crosby and Danny Kaye, by which time the tree is mostly decorated.  I finish the day with National Lampoon’s Christmas Vacation … as I put up my own very meager front porch white lights and red-bow-accented greenery.  I’m a Riswold, not a Griswold, after all.

At some point then in the weeks leading up to Christmas, I will have to see, in no particular order:  A Christmas Story, It’s a Wonderful Life, The Holiday, Love Actually, Elf, The Santa Clause, Jack Frost, Trading Places, While You Were Sleeping, and various other flicks as they pop up on tv.  (Four Christmases? Christmas With the Kranks? Bring it on!)

Last year, I remembered the classic Holiday Inn, also with Bing Crosby who was this time teamed with Fred Astaire, and asked for the DVD as a stocking stuffer.  I popped it in, ready to revisit the Inn that’s only open on holidays and always featuring fabulous song and dance numbers.

Then I saw and remembered the blackface number.

And the horrible “Abraham” song, sung by the black maid and her young son to celebrate Abraham Lincoln freeing the slaves as the Inn opens for Presidents Day.  They use … the “d” word.

And I realized why this holiday classic isn’t in so much rotation with all the others on cable television channels. 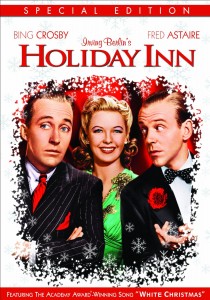 I also wondered why the blatant racism bothered me more than the obvious sexism that permeates that and so many other holiday movies.  Holiday Inn itself is all about two men competing over a woman.  They have power, she is their prize.  Miracle on 34th Street celebrates the moment when the bitter divorcee realizes that she can only be truly happy with a man.  And White Christmas … well, aside from impossible waistlines and freaky skinny thighs on a powerful woman dancer, one adult sister believing that she has to take care of the other one until a man comes along hardly celebrates female independence.

Sexism permeates these classic movies as well as the contemporary ones I like to watch.  And yet it doesn’t smack me in the face the same way that the racism in Holiday Inn did.  Why is that?  I’m under no illusion that racism isn’t still real and blatantly destroying people’s lives.  But is there some qualitative difference in the way it appears on the big and small screen now, compared to sixty years ago?  It’s not like we have anything resembling racial equality in our entertainment … so has sexism not changed as much in the same time period?  I truly wonder about this.

You may note that Trading Places is on my list of flicks to watch each year.  Here’s a more contemporary racist holiday movie, with two wealthy white men betting on whether or not they can take the black con man, played by Eddie Murphy off the street and make him into a respectable citizen before Christmas, while simultaneously ruining the white up-and-coming business man, played by Dan Aykroyd.  It’s full of racist stereotypes and assumptions.  Yet it doesn’t hit me in the gut the way “Abraham” and Holiday Inn’s blackface do.  Is it because Murphy and Aykroyd discover the manipulative game they have been pawns in and team up in the end to bring down the wealthy white schemers?  Perhaps.

So I watch the movies and listen to the music, a window into our collective past and commentary on our common future.  How much has changed?  How much hasn’t?  What do you notice if you pay attention to the soundtrack of your holiday season?

And I still sing along to “Baby, It’s Cold Outside,” as I remind anyone who is listening how rapey it is.  I make sure to say out loud whenever needed that yes, you insufferable smug 1980s Band Aid Brits, they DO know it’s Christmas in Africa, and you know what, they might not care.

So I am part of the problem, and trying to interrupt it at the same time. 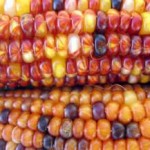 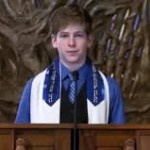