If a 13-year old gets it, and can explain both the problem with adhering to the notion of “biblical marriage” as well as the need for marriage equality this well …

… there is no good reason for any state or government to impede justice for all.

I especially appreciate that this call for marriage equality comes at the heart of a religious ritual, and in connection to close and careful study of sacred texts.

“How has the definition of traditional marriage changed since the days of the Torah?  Just looking at my Torah portionas a proof text, I think it has changed a lot.  Leah and Rachel had absolutely no say in marrying Jacob.  It was like a business deal between Jacob and Laban. … While studying my Torah portion and comparing and contrasting marriage in the past and present, I found that it would be irresponsible to exclude the topic of gay marriage.”

He goes on to point out that opponents of gay marriage often use the bible as justification for insisting on “one man one woman” as marriage.  Of course, through the Torah and the rest of scripture, marriage is usually one man and several women who, in the case of Jacob, were also his first cousins.

Religions have too often and for too long been chief perpetrators of injustice and bigotry toward gay and lesbian human beings, relying on errant readings of biblical texts.  It will take more courageous and thoughtful voices like Duncan’s, congregations like this that supported and produced him, as well national religious bodies to undo the inequalities that persist around the country.

For more on the subject, see this article on religious liberty and marriage equality by Sally Steenland at the Center for American Progress. 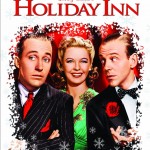 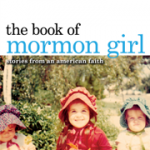 December 13, 2013 "Stories with Honesty" :: A Twitterview with Joanna Brooks
Recent Comments
0 | Leave a Comment
"They were all too aware of human perversions then and in the age before. Genesis ..."
Bob Shiloh How Gender Studies Transforms Religions
"I have Eve Wood-Langford's book in my personal library. I bought it because I was ..."
Walter Mattfeld The Most Interesting Chapter in the ..."
"You guys aren’t even close to Christians. You believe you’re better than Christ and can ..."
Kyle Racism, Sexism, & The Holiday Classics
"Even as a reverent agnostic, yet assuming a genuine divine revelation, I wonder how that ..."
John Gills How Gender Studies Transforms Religions
Browse Our Archives
get the latest from
Progressive Christian
Sign up for our newsletter
POPULAR AT PATHEOS Progressive Christian
1