A Paradox of Religion & Tradition: Homosexuality in Islam 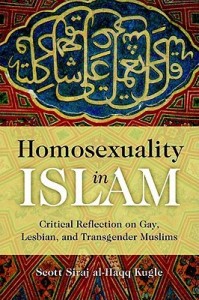 “So, what about gay and lesbian Muslims?”

The last time I taught my course on Women in Islam, we were working through Amina Wadud’s argument in Quran and Woman that equality has both cosmological and eschatological grounding in the Quran and in Islam when a student asked this question.  It was in response to Wadud’s study of the sacred text which states that God’s creation of the nafs and its zawj (the soul and its partner) establish a basis for male/female equality.  (I’ll share a Twitter conversation with her on the subject here.)  The question was, then, does that presume a heterosexual model for all human partnering?

I didn’t have a great response at the time, not being an Islamic studies expert and not having explored that topic in depth yet.

I hadn’t yet found Scott Siraj al-Haqq Kugle’s 2010 book Homosexuality in Islam.  Subtitled “Critical Reflection on Gay, Lesbian, and Transgender Muslims,” the book was probably just newly out the last time I taught this seminar.  Thankfully, a former student alerted me to it last year and I’m prepping to work through it with a new group of students this semester.

There are so many things to learn from it, some distinctive to Islam, of course, and some that are applicable to anyone working within a religious tradition for progressive theological and social change.

Distinctive to Islam is the history and nature of the hadith as well as fiqh and sharia law.  I appreciate Kugle’s clear explanation of not only how hadith emerged (many good texts on Islam do this to some degree) but how their authenticity and authority is evaluated.  The method of study that he explains, uses, and even visualizes through several diagrams includes breaking down hadith into the matn (information relayed) and the isnad (chain of narration).

Kugle also carefully explains how the five main schools of Sunni Islamic law emerged, and why each of them approaches key questions differently.  Additionally, he argues that flexibility is embedded within the tradition, and that recent attempts to fix the law code are just that … recent.

“It is not until the recent era of Islamic revolutions that Muslims have claimed that the sharia should replace national constitutions, a role for which it is eminently unsuitable and which it never played in the past.  This is a role that might, if forced upon it, distort the very principles of flexibility and comprehensiveness that are its classical hallmark.”

As an example to highlight different legal responses within Islam, Kugle uses the seventh century story of Khalid ibn al-Walid seeking instruction from the khalifa (leader) Abu Bakr on how to punish a man, Fuja’a, for “the act of the Tribe of Lot.” 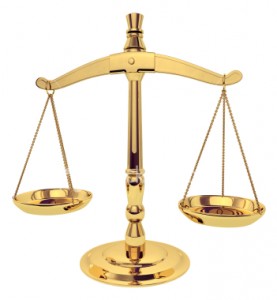 Not only does the author explain the five legal approaches (Maliki = law as custom, Shafi’i = law as analogy, Hanbali = law as dogma, Hanafi = law as reasonable analysis, Zahiri = law as critical reassessment), he also points out that interpretation hinges on what “the act of the Tribe of Lot” is exactly.  This is referring to the same story as told in Genesis 19, known by many as the story of Sodom and Gomorrah.

It’s a text that has received ample reinterpretation by Jewish and Christian scholars as well.  Along with others, Daniel Helminiak provides a text study showing that the offense was inhospitality, bad faith, and the use of sexual violence as tool of social control.  John Boswell’s classic comprehensive study on intolerance within the history of Christianity predates and underlies much of this work as well.  Kugle comes to a similar conclusion about what earned this seventh century man his punishment.

“It was because [Fuja’a] had rebelled against the Prophet Muhammad’s authority as delegated to his successors.  In short, his major crime was apostasy and rebellion, his other kinds of assault being expressions of this intent.”

Finally, Kugle begins his text with his own experience of having been called to testify in an asylum case about the status of Islam on the question of homosexuality.  He comes to a surprising realization that I think ends up to be true for many religious traditions and the lived experience of them:

“In my university classes, public speeches, and published writings, I usually assert that Islam does not inherently and essentially condemn homosexuals … I take this stance because I believe it to be true … However, in the courtroom I found myself answering questions in ways that led to the opposite conclusion:  that Islam is deeply patriarchal and enshrines profoundly anti-homosexual sentiments and enforces legal rulings that severely curtail the welfare and human dignity of homosexuals in Muslim communities.”

In this statement, Kugle points out the difference between the universal commitment and the particular reality.  The universal truth of human equality that he argues is present in the tradition and is working to make more true in reality through scholarly and activist work, sits alongside the particular reality of people fearing for their lives because of discrimination and oppression coming from that religion.  He also notes that “we Muslims have allowed many distortions of Islam to conform to cultural prejudices that are deeply ingrained but not inevitable.”

And that is what I think that we people of faith have done in many traditions:  Allowed distortions to conform to cultural prejudice.  Thus Kugle’s study not only illuminates essential depth and complexity within Islam from which insiders as well as outsiders can learn, it also provides a model for engaging flawed religious traditions in full recognition that what we may wish to be true about their impact on the world remains not-yet. 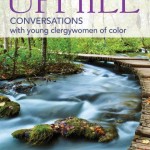 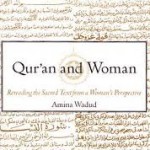 No time to think about what...
slacktivist
Related posts from Caryn Riswold