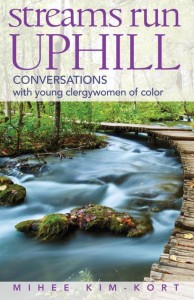 “I wonder if people in the church have any idea how much pain we inflict upon people who are guilty of nothing other than answering God’s call to ministry?”

This musing from Marvin McMickle’s foreword to Streams Run Uphill could be applied to so many situations today including the ordained ministry of women as well as gay and lesbian Christians, and the work toward legalizing marriage equality in all fifty states.

The church inflicts pain.  It is part of the problem.

Mihee Kim-Kort’s new book lives beyond the old arguments about scripture and should-they or shouldn’t-they, and tells stories from women’s lives, and that is its strength.  Many of us are tired of having to justify women’s ordained ministry and prove to skeptics that it is legitimate.  It just is, and it has been reality for a long time.  Move on.  Let’s talk about what is happening to those women in ministry.  Let’s talk about what work they do, and what challenges they face.

Let’s more specifically talk about women of color in ministry.

This doesn’t happen as much, in part because it becomes a harder reality for churches to face.

Because when you understand the consequences of sexism, racism, ableism, and homophobia, you are implicated in them.

Streams Run Uphill is subtitled “Conversations with Young Clergywomen of Color” because it presents multiple voices of women in ministry.  It’s a short accessible collection that is unique in its brevity as well as racial and ethnic diversity as well as its focus on younger women.  It is not unlike Sarah Sentilles’ recent book A Church of Her Own, and reminds me of the collection of stories from women in ministry published by the Evangelical Lutheran Church in America.  In that way, it contributes to a growing body of literature that provides companions to women discerning a call, and dispels the myth that once a denomination ordains women it has conquered sexism.

Anyone who wants to pretend that race and gender don’t matter anymore should avoid all of these texts.

In one essay, Laura Mariko Cheifetz captures themes found throughout this collection in her reflection on how ministers are “called to be part of communities not our own.”  For young women of color in many Protestant denominations, this often means white male-dominated communities.  Yet Cheifetz narrates her own coming to terms with this role, and its rich possibilities:

“But the role of minister may be to point to the necessary changes for the full flourishing of the humanity of all.  This may mean having some of those difficult conversations with the people we serve, and it may mean leaving and looking for a place that accepts our full humanity.  It may also mean learning to open up our own hearts to embrace the wholeness of the place where we engage in ministry, with all its quirks and particularities.”

The women in Streams Run Uphill are all doing this in various ways … having difficult conversations, looking for a place of acceptance, and pointing to necessary changes.  The book is not quite a monograph and not quite an edited volume, and at times I wish it were one or the other.  The promise of conversation is fulfilled, albeit in a fragmented way that doesn’t always feel organic.  Kim-Kort inserts reflections and stories of her own into several of the pieces, and occasionally I wondered if that was the most effective way to share these stories.  Because they are all important and illustrative stories.

Nevertheless, Mihee Kim-Kort has collected narratives that will sound familiar to women in ministry, to women of color, and to anyone who lives and works with them.  In fact, the stories of struggling with identity, sexism, racism, ageism, and challenges to authority will sound familiar to anyone who has come to terms with the continued reality of a white racist heteropatriarchy in this country.

And if that doesn’t sound familiar to you, then you really do need to read the book. 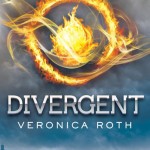 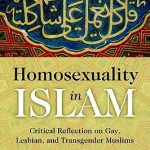 March 18, 2014 A Paradox of Religion & Tradition: Homosexuality in Islam
Recent Comments
0 | Leave a Comment
Browse Our Archives
Follow Us!