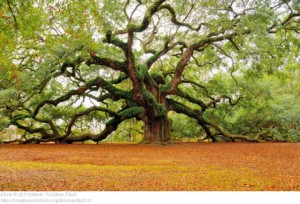 A few weeks ago, I was asked by blogger Tylor Standley to answer a few basic questions about the Lutheran tradition for a summer series he was planning. “Voices From the Branches” (clever title!) launched last week with a post on the Roman Catholic Tradition, continued this week with my post.  Here is an excerpt:

Give us a brief introduction to the Lutheran tradition. How did it begin?

For this, as for a few other of these questions, I will give my own “nutshell” response and then refer readers to far more eloquent and thorough texts for the rest of the story. Simply put here, Martin Luther was an Augustinian monk in the sixteenth with vexing questions about his personal salvation that intertwined with his growing critical view of the institutional church. Stories about his life, his theological breakthrough, and his methodology are all over the place. Read Alister McGrath’s Luther’s Theology of the Cross for one description of the reformer’s tower experience, the “aha!” moment he had when working on a translation of Romans. Read Roland Bainton’s Here I Stand for a more comprehensive view of Luther’s life and work. Read my own Two Reformers for my take on his political theological work.

Lutherans celebrate Reformation Day on and around October 31 each year, to mark the supposed anniversary of Luther posting his Ninety-Five Theses (A Disputation on the Power and Efficacy of Indulgences) in 1517 on the door of the Castle Church in Wittenberg, Germany. In that document, a medieval listicle you might say, Luther mounted his argument that institutional corruption seen in the practice of buying and selling indulgences was endangering the souls of the faithful; it was a corruption of the gospel itself.

What are the distinguishing doctrines of Lutheran theology?

Lutheran Christians ground all doctrine in the claim of justification by grace through faith in Christ. It’s the basic gospel claim threaded throughout all of Paul’s letters that shook Luther free from his own anxiety about not having done enough to merit God’s grace. You can’t do enough. You are enough. Grace isn’t earned, it is a gift freely given.

There are other catch-phrases that we Lutheran theologians like to use insofar as they capture distinguishing ideas in the tradition. Sola scriptura (scripture alone) informed Luther and other reformers as they sought to ground the human relationship with God. How is one to know God? Through scripture. The freedom of a Christian was a core idea that informed Luther (see his 1520 essay of that name) and continues to inform the traditions that bear his name … freedom from having to earn salvation that brings with it the freedom to serve the neighbor. The theology of the cross (see McGrath text referenced above) informs a method of doing theology, of knowing and speaking about God, in and through the cross. (I and other Lutheran feminist theologians have a whole lot of critical stuff to say about Lutheran and other Christian talk about the cross, which you can read about in my first book, Coram Deo, in Marit Trelstad’s Cross Examinations, and in Deanna Thompson’s Crossing the Divide.) I’ll say more about a Lutheran view of the sacraments and the physical world below.

For more, including why I’m Lutheran, musings on the sacraments, variations of Lutheranism, and a Lutheran theology reading list, head over to Tylor’s blog. 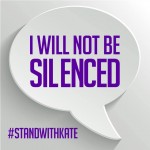 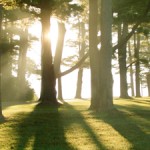