I have written here before about ongoing Mormon feminist activism, including the day of action wherein hundreds of Mormon women stepped up to request admission to the Fall 2013 priesthood session of the Church of Jesus Christ of Latter-day Saints.  I have also written about the work of Terry Tempest Williams.  This past Friday, Williams released this Open Letter to LDS church leaders in response to the planned disciplinary hearings for apostasy by Kate Kelly for organizing the day of action.  The letter beautifully puts this moment in historical and theological context.  Emphases are mine.

AN OPEN LETTER TO BISHOP MARK HARRISON AND PRESIDENT THOMAS S. MONSON AND THE FIRST PRESIDENCY OF THE CHURCH OF JESUS CHRIST OF LATTER-DAY SAINTS AND THE COUNCIL OF TWELVE APOSTLES: 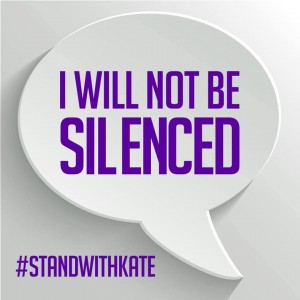 I stand in solidarity with Kate Kelly and her plea to grant women equal standing in the rights, responsibilities and privileges of the Church of Jesus Christ of Latter-Day Saints, including the right to hold the Priesthood. Revelations occur. Whereas Polygamy was once sanctioned through revelation, now it is not. Whereas African Americans were told they could not hold the Priesthood, now they do. Doctrines that denied dignity or defied the rights of law to individuals within the Church of Jesus Christ of Latter-Day Saints, have changed through modern-day revelation. The time has come to shift the religious inequality toward women and allow sisters to lead alongside their brothers in prayer and power and purpose.

For the Mormon Church to continue to preserve this spiritual patrimony is to affirm its organizational misogyny. Why is asking to grant half its membership equal power under God viewed as apostasy? Why is a vision to ordain women worthy of disciplinary action and excommunication, when twelve-year old boys are ‘given’ the priesthood? Are men and women not equal under God’s eyes?

This kind of governance is not tolerated in the United States of America. And it should not be tolerated by those of us who are members of the Church of Jesus Christ of Latter-Day-Saints.
The question must be asked: What are you afraid of?

In 1977, I watched the Mormon Church undermine the passage of the Equal Rights Amendment in Salt Lake City, Utah. It is a well known and documented story. And in 1979, I watched Sonia Johnson similarly demonized and disciplined, ironically, by her local congregation in Virginia, as well, for speaking out for the rights of women which led to her excommunication. And in 1993, I witnessed Professor Cecilia Konchar Farr exercise her voice concerning violence against women at Brigham Young University, and when she spoke out on behalf of a woman’s right to choose to have an abortion, I watched her charged with “violating her responsibilities as a university citizen” and accused of “undermining the faith of her students.” She did not pass her three-year review and was denied her teaching contract. At this same time, historian Laurel Thatcher Ulrich, Pulitzer Prize winning author and MacArthur Fellow, was rejected by BYU’s Board of Trustees as a keynote speaker at BYU ‘s Women’s Conference. Was it because Ulrich was a founding member of Exponet II, a feminist journal for Mormon women? 1993 was also the year of ‘The September Six’ excommunications, six Mormon scholars, half of them feminists, dismembered for raising questions of sexism, homophobia, and intellectual disparities within LDS religious doctrine.

This is our history. I thought the era of retribution was behind us. Apparently, not. Kate Kelly speaks for all of us within the Church of Jesus Christ of Latter-Day-Saints who care about an equality of power for women — active members and dissident members like me – men and women, both — who believe there is no difference in the spiritual aspirations between men and women, gay, straight, or transgender. Each of us are the creators of the world we wish to live in, with equal power, equal voice, and equal opportunities beyond the womb.

At a time when sexual assault, rape, and repeated acts of violence against women are under public scrutiny and part of the public conversation that is happening around the world, the Mormon Church’s ongoing policy to withhold ordination from women is its own act of violence.
Before my mother died, she faced her young granddaughters, and said, “I pray that one day, you two will hold the priesthood.”

I believe my mother’s voice was prophetic delivered with love and wise intention. Kate Kelly is delivering this intention now and it is not without the labor pains of a movement with momentum. I do not believe Kate Kelly should be disciplined for her vision of women ordained. Nor do I believe she should be excommunicated for exercising her voice in public. Her disciplinary hearing set for June 22, 2014, in Virginia where she no longer resides, is another attempt to silence women by a world religion run by men.

Behind Kate Kelly and ‘Ordain Women’, there is a long lineage of women, old and young and in between, not interested in asking for permission or hoping for a revelation, but rather, ready and willing to carry this vision forward in prayer and in action, for the simple reason, it is time. This is not an act of apostasy, but an act of self-respect, and a belief that the Church of Jesus Christ of Latter-Day Saints will honor its sisters of faith, not punish them. 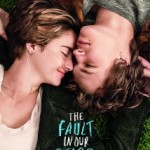 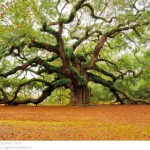 The IMDB "Goofs" page for the...
slacktivist
Related posts from Caryn Riswold