Guns, Masculinity, a Culture of Life, & Educators on the Front Line 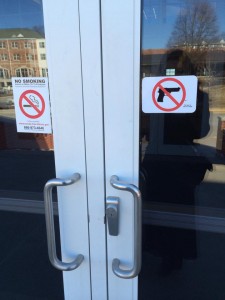 One day about two years ago I walked into the building where I teach two of my classes and found this picture. The juxtaposition of the “no smoking” and “no guns” decals is appropriate. These are things that will kill you, kids. And our job as an educational institution is to make your life better.

Despite the fact that yes, I think there should be no guns in my classroom or on my campus, having to face an image of a gun when I walk through the door is disturbing. It went up after Illinois became the final state to work out its concealed-carry regulations and allowed campuses like mine to ban guns from public places.

Our national fatigue with the nondebate about ending the phenomenon of mass shootings is showing after the massacre at Umpqua Community College last week. You heard it in President Obama’s speech. People continue to reshare Garry Wills’ 2012 piece, “Our Moloch,” in which he cogently argues that our culture worships the gun:

“The gun is not a mere tool, a bit of technology, a political issue, a point of debate. It is an object of reverence. Devotion to it precludes interruption with the sacrifices it entails. Like most gods, it does what it will, and cannot be questioned. Its acolytes think it is capable only of good things. It guarantees life and safety and freedom. It even guarantees law. Law grows from it. Then how can law question it?”

Here are a few other thoughtful voices calling out the insanity.

My friend John Fea writes this, lamenting the lack of consistency in the conservative culture of life:

“I am guessing that many in the pro-gun lobby are Christians.  I am also guessing that as Christians they think issues related to human life are important.  If this is true, isn’t it time to bring the crusade to preserve the culture of life to bear on the problem of gun-related deaths in the United States?”

Stacy Teicher Khadaroo and Patrik Jonsson call attention to the major common characteristic of mass shooters that gets too little analysis: their maleness.

“But there’s one topic that’s not getting enough discussion, he and some others say: masculinity. ‘The elephant in the room with … mass shootings is that almost all of them are being done by men,’ Professor Kilmartin says. Male shooters often ‘project their difficulties onto other people…. In this case, it sounds like he was blaming Christians for his problems, but the masculinity piece is what is really missing in the discussions about the equation.’

“Men are often raised to be stoic, to suppress emotions rather than understand them, and when they struggle, often the only emotion that they see as sufficiently masculine to express is anger, says Jon Davies, director of the McKenzie River Men’s Center in Eugene, Ore., and a former psychologist at the University of Oregon. On top of that, he says, ‘it’s impossible to reach the ideal of what it means to be a man.’

“Fortunately, the vast majority of men get enough support in their lives that those societal pressures don’t turn into mass violence.”

An Oregon community college instructor, Melissa Duclos, wrote an open letter to lawmakers, and the final two paragraphs capture the problem with searing clarity. For those of us who are educators, this is what it feels like:

“I could tell them that your thoughts and prayers are with us. I could tell them we have your deepest sympathies. But I am teaching a class on argument, instructing my students on the importance of facts. So instead I will tell them the truth: They have to be prepared to hide out of the line of fire, and I to fight for our survival, because you, our lawmakers, haven’t done your jobs. I will tell them that their rights, my rights, the rights of my 5-year-old, to attend school without fear of facing senseless slaughter by machine-gun fire, are not important to you, that we must be prepared to fight tooth and nail, stapler and whiteboard marker, because you refuse to fight the gun lobby in this country.

“The next time you have an opportunity to sponsor or vote on common-sense gun legislation, instead of fearing the attack ads the gun lobby will undoubtedly launch against you, the lost campaign revenue, or the threat to your job, I hope that you think of me and my students, of the rest of the educators and students across the country, who have been asked to stand up to gunmen because you are too scared to stand up to a handful of lobbyists.” 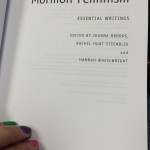 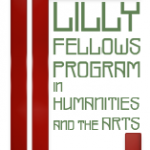