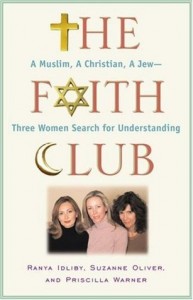 How often do you have conversations with someone of a different faith than your own?

Could you ever convert to a different religion? What would you miss if you did?

What are the exclusive truth claims that you hold to in your religion?

What’s more important: A book about interfaith dialogue for adults or a children’s book about multiple religions?

How much do you know about the teachings and practices of Judaism and Islam?

These are some of the questions that are shaping the conversation in an adult education class I’m leading at our local Lutheran congregation this winter. The conversations are centered around the book, The Faith Club: A Muslim, A Christian, A Jew – Three Women Search for Understanding. I have used this book with first year college students in the past, and am using it with a group of fellow Lutherans to spark reflection on these kinds of questions, as well as a window into learning the basics of the Abrahamic traditions.

The book was spurred on by Ranya Idliby’s concerns and frustrations immediately after the September 2001 terrorist attacks on the U.S. She writes on page 5:

“The terror of September 11th turned my alienation and frustration into anger at those who had invoked Islam to justify such heinous crimes. I felt an urgent need to do something. I could no longer be apathetic; I could no longer resign myself to just accepting the prevailing image of Islam, if only for the sake of my children. Wouldn’t it be wonderful, I thought, to find a Christian and Jewish mother to write a children’s book with me that would highlight the connections within Judaism, Christianity, and Islam.”

She ends up connecting with Priscilla Warner and Suzanne Oliver and the women soon realize that their own conversations and relations need to be worked out before they can turn to writing a children’s book. (To my knowledge, the children’s book never got written … The Faith Club emerged instead. Hence, one of the questions above!)

Every day, week, month, and year present us with new reasons as to why learning about other religions and engaging in conversation with people who are different than you matter. Whether it’s Wheaton College’s dispute with a faculty member about her solidarity hijab and claim that Muslims and Christians worship the same God, or a presidential candidate’s call to ban all Muslims from entering the country, interfaith cooperation (and the lack thereof) is a centerpiece of so much news.

In December 2015, the Public Religion Research Institute reported that 36% of those surveyed said that they had not had a conversation with someone who is a Muslim in the past twelve months, and 26% said they had seldom had such a conversation. That’s 62% of people in this country who seldom or never talk to anyone who is Muslim.

No wonder stereotypes and prejudice run away with our fears.

In this new year, take the opportunity to learn about other religions and other people in your community. Here is a great round-up of books to get you started.

It can only help. 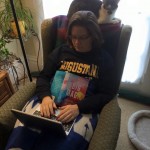 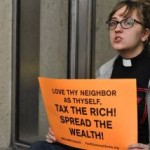 January 30, 2016 At the Intersections: The Public Body of Christ
Recent Comments
0 | Leave a Comment
Browse Our Archives
Follow Us!

Why are so many Christians such...
John Shore
Related posts from Caryn Riswold