In the movie Hacksaw Ridge, Desmond Doss is perched on the edge of the ridge with his battalion of soldiers in retreat after a gory firefight and before an artillery strike is called in. A Seventh Day Adventist and conscientious objector who refused to carry a weapon in favor of saving lives as a medic, Doss pauses in the midst of fire and blood and disemboweled soldiers.

“I want to do your will, but I can’t hear you …” He prays, pleading with God for a message about what he should do next.

Earlier in the film, Doss’ commanding officer had attempted to have him removed from the Army for refusing to engage in rifle training, refusing a direct order. The psychiatrist asked him if he hears voices, if God talks to him, if voices tell him to do things and that’s why he acts this strange way. No, Doss reassures him. He doesn’t hear voices, he prays, and wants to do God’s will, “but it’s not a dialogue.” We learn throughout the movie Doss’ complicated reasons for refusing to kill and refusing to touch a gun, and we see the cost he pays for doing so.

So when he says “I can’t hear you …,” there’s pain and confusion. He wants to do what is right, but does that mean following his company back down the ridge? He fought to be here, so is it time to retreat to relative safety?

Doss doesn’t hear the voice of God. He hears the feeble voice of a fellow soldier bleeding in the trenches as shots and fires still rage.

This is how it works.

The voice of the neighbor calls to us and lets us know what we need to do.

He prays to God.

He hears his neighbor.

Who are the people crying out for our help today?

The Syrian woman and green card holder who is banned from being with her mother as she recovers from surgery.

Refugee families with visas sent back to Damascus, which they had fled to save their lives.

To whose voice are you responding? 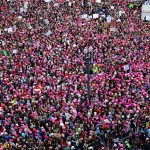 January 26, 2017
From Election to Marching: Calling a Thing What It Is, or We Are Not the Crazy Ones
Next Post 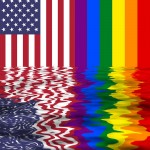