No Religious Exemption for Abuse 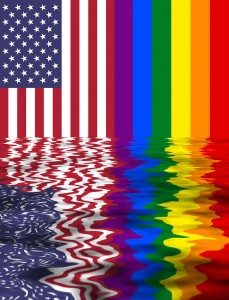 Late last summer, a group of Illinois pastors sued the state for their right to engage in conversion therapy, which had been outlawed months previously, in effect seeking a religious exemption to practice child abuse.

They provide the latest example of literalist and exclusivist Christians who are used to having their discrimination tolerated and their abuse accepted. And now, these groups have a sympathetic Vice President in Mike Pence who is opposed to LGBTQ rights and supportive of efforts like this.

Conversion therapy bans in five states and federal marriage equality for gay and lesbian Americans in fact suggest a broader waning influence of conservative religion on social and political action. In response, religious freedom has become the rallying cry for those whose beliefs are not only scientifically wrong but also theologically indefensible.

Though we could engage in a substantive theological debate about why using the bible to justify homophobia and discrimination is textually and historically problematic, this isn’t about theology. It is about child abuse. The pastors seeking an exemption to the Illinois law banning conversion therapy that went into effect earlier this year are asking the state to legitimize child abuse because of their religious beliefs.

There is no religious exemption for child abuse.

Conversion therapy was outlawed in Illinois, the fifth state to do so, because of overwhelming scientific evidence that it not only doesn’t work, but that it hurts people. It particularly harms children, which is why the ban applies to anyone under the age of 18. Eliel Cruz, executive director of Faith in America, said in a statement:

“Any pastor willing to promote conversion therapy, which has been debunked by all leading medical professionals, is actively promoting harm against the LGBT community.”

These leading medical professionals include the American Medical Association, the American Academy of Pediatrics, and the National Association of Social Workers. In addition, Equality Illinois points out that the American Psychological Association’s review of sexual orientation change efforts (SOCE) found that “results of scientifically valid research indicate that it is unlikely that individuals will be able to reduce same-sex attractions or increase other-sex sexual attractions through SOCE.” The Illinois state ban on conversion therapies is thus scientifically sound.

To be sure, clergy and people of faith have a right to their religious beliefs. They do not, however, have the right to act on those beliefs in ways that directly harm children. The state has an abiding interest in protecting minor children from abuse, which is what a conversion therapy ban does. All of us have justifiable limitations put on our actions by the state. In the classroom, I use the outlandish example of child sacrifice to demonstrate this to my students: If there was a church down the street from us whose sincerely held religious beliefs demanded that they kill a six-year old child every fall, would the state allow that? No. Of course not. Why?

Because even actions based on religious belief have limitations.

If there were no such limitations, spousal abuse and rape would still be legal. They have been in the past. In the case of marital rape, there was no federal law prohibiting a husband from raping his wife until the Violence Against Women Act in 1994. This was in part the product of centuries of beliefs about patriarchal marriage wherein a woman was expected to submit to her husband.

Just as the Bible says she should in chapter five of Ephesians. 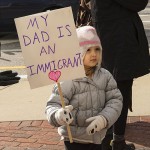 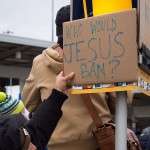 February 28, 2017 Does Being White Trump Being Christian?
Recent Comments
0 | Leave a Comment
"You guys aren’t even close to Christians. You believe you’re better than Christ and can ..."
Kyle Racism, Sexism, & The Holiday Classics
"Even as a reverent agnostic, yet assuming a genuine divine revelation, I wonder how that ..."
John Gills How Gender Studies Transforms Religions
"Too bad all churches are shrinking faster than the polar ice caps."
Ivan T. Errible On Feminist Pioneers & White People ..."
"Isn't the Lutheran denomination, in all its manifestations, shrinking?You used to be nearly 5.5 million; ..."
Ivan T. Errible “Where God Is” :: Writing and ..."
Browse Our Archives
Follow Us!