Whatever It Takes To Make Lent Hardcore 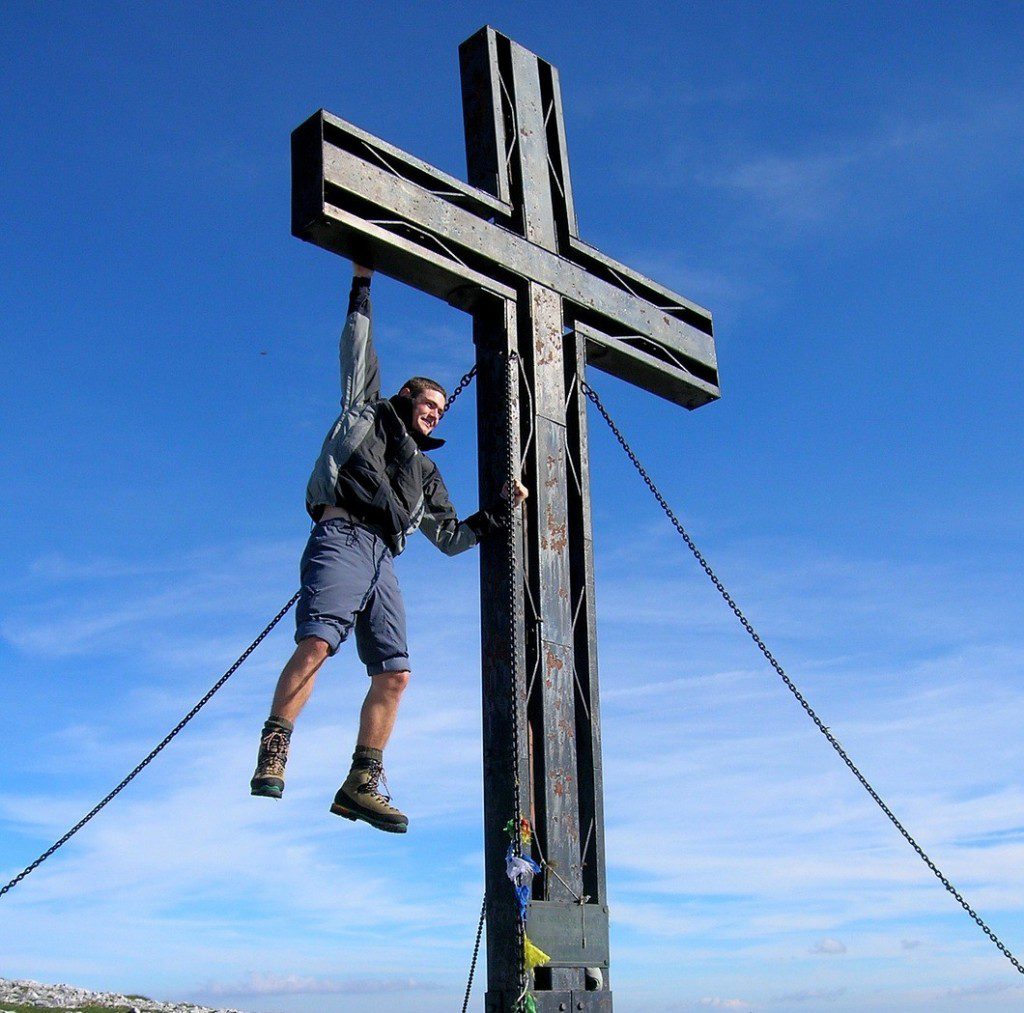 Several years back a friend of mine decided to give up furniture for Lent. The problem that she was facing was that for several years before that she had used Lent as a time to add observances like the Divine Office to her daily schedule. When Easter rolled around, she would just continue with the habits that she had established during Lent, but this created a dilemma: if you don’t go back to your usual habits after Lent, then you can’t just recycle the same old Lenten mortification year after year. So she needed something original.

Since she was in the process of moving to a new apartment and had no convenient way to move her furnishings, she decided that she would just abandon it and go without for the Lenten season. As it happened, she discovered that most of the things that she owned that took up most of the space in her apartment were literally unnecessary – so she didn’t bother replacing them when Easter rolled around.

Now, obviously I’m not going to suggest that everyone should put the contents of their living room on the curb. What I am going to suggest is that the way that we think about Lent usually confines us to a fairly limited spectrum of possible mortifications, most of which are kind of dull and not especially spiritually efficacious.

Usually, people give up stuff that they’re addicted to and then spend most of Lent white-knuckling it, bingeing on Sundays, and trying to find loopholes to wriggle through during the rest of the week. The thing is, this does not produce much spiritual growth. If you spend 40 days thinking about how much you want cake, and how you mustn’t break down and eat the cake, and how you can’t wait until Sunday because then you get some cake, and baking an elaborate St. Patrick’s day cake, and justifying why cake flavoured ice-cream isn’t really cake, and fantasizing about all the yummy cake that you’re going to eat on Easter Sunday… that really does not represent a fantastic victory over enslavement to the appetite for cake.

To my mind there are two ways of approaching Lent that actually produce substantial fruit. The first is to use the season as an opportunity to make permanent changes. Instead of giving up smoking for Lent, cut down on the amount that you smoke to a level that you intend to maintain. Instead of giving up credit cards for forty days, use those forty days to pay off one of your credit cards and then cancel that card for good. Instead of avoiding all social media, choose whichever social media account provides you with the least real benefit or community and put it to death.

That’s the boring way. It’s good, for sure, and it’s probably what I’m going to be doing this year because I just had a baby, I still haven’t recovered and I don’t have much energy to add new, cool, major changes to my life. However, for those of you who have the means and the opportunity, practicing radical renunciation is far and away the most fun way to get ready for Easter.

What do I mean by “radical renunciation”? Basically, it involves giving up stuff that you think you literally cannot do without – stuff like furniture. Or speaking. Or driving a car. The essence of the project is that you choose something which will involve massively restructuring your life for forty days. You’re not just giving up one of your habitual pleasures and then pining for it; when you give up something that seems like a necessity you actually have to come up with creative solutions to the problem of not being able to rely on it anymore.

This means that you end up spending your Lent developing new habits, new ways of doing things, new ways of seeing the world and of providing for your needs. Even if you go back to doing things the usual way when Easter arrives, it’s not going to be the same. You will have changed and grown in the course of trying to live in a new way, you’ll have learned skills – both practical worldly skills and also interior spiritual skills – that you can use for the rest of your life.

The biggest thing that you learn through radical renunciation is that you don’t need the things that you think you need. A lot of the time we take the most ludicrous luxuries for granted. Things that weren’t even invented fifty years ago or that the vast majority of the world lives without are seen as basic necessities.

This attitude leads to ingratitude, and also to anxiety. If you think that hot running water is a basic right that you’re owed by the universe then you will become inordinately angry and irritable when the hot water tank runs out. You might know, in theory, that modern plumbing is something that you should be grateful for – but you’re probably not actual actively grateful for it very often. And if something happens to your hot water that can’t be fixed in an afternoon, it feels like a huge imposition.

If you voluntarily give up things that seem this basic, you gain a huge amount of perspective. You learn genuine gratitude, you practice solidarity with those who don’t have the goods that you take for granted, and you also come away with the knowledge that it’s not actually that big a deal to go without. It means that when involuntary privation springs up on you in the course of your life you’re better equipped to deal with it, and that when you see other people suffering privation you have a much better idea of what that actually entails.

Plus, when you give something up on purpose you get to approach privation as a kind of adventure. This means that you actually end up having a lot of fun. Instead of just fruitlessly putting to death your bad habits for forty days and then resurrecting them unchanged on Easter, you engage in a kind of mortification which leads to genuine renewal.

So, with that in mind, I’m going to offer a few ideas for radical things that you might consider giving up. Some of these are things that I’ve tried myself, others are things friends have tried. I’ll give an idea of what the benefits are, a few tips for making it fruitful rather than frustrating, and some ideas for how to scale each one to your actual circumstances so that you don’t end up biting off more than you can chew.

And maybe a few others depending on how much time I have and whether anyone is reading them. 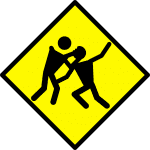 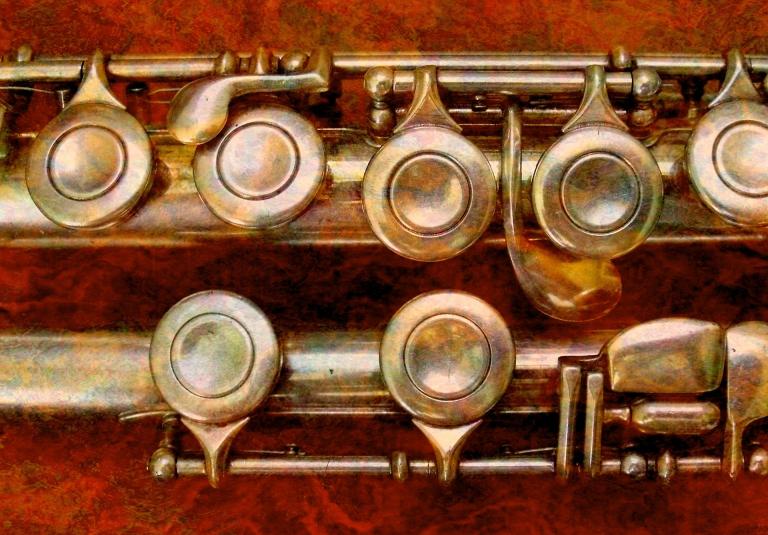 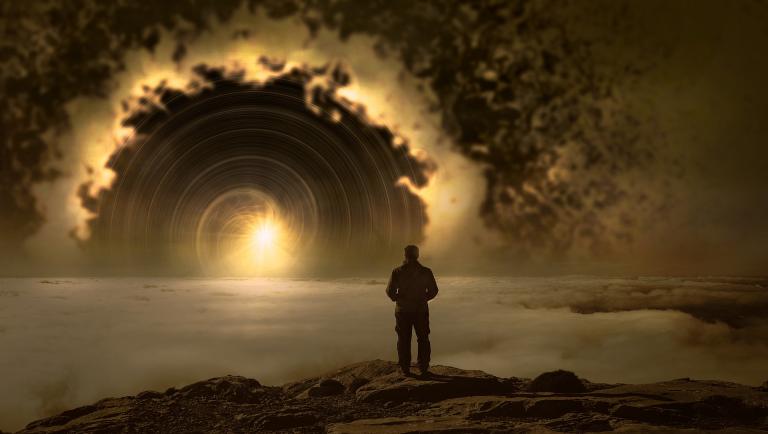