They Will Not Know We Are Christians By Our Anger 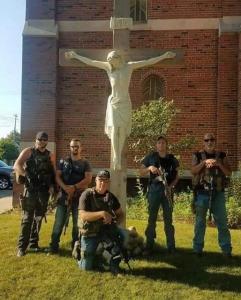 They will know we are Christians by our guns?

I see too many Catholics who want to throw statues in rivers, destroy property they think our idolatrous, punch heretics and apparently go to war based on this meme.  Catholic Avengers Unite is what they want to do. There is a gun show where they sell assault rifles and handguns at St. John the Baptist Catholic Church in Muscoda, Wisconsin, 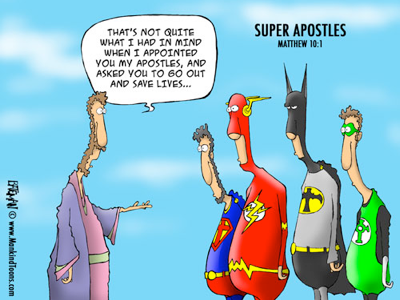 A group I was part of thought a just war over abortion would be a good idea. Punching someone because they insulted the Blessed Mother would be a holy and good action. And of course there screaming how they are pro-life the whole time.

Everyone wants to imitate Jesus in the one time He showed some temper with the whip in the temple. Dude, you are not Jesus. It’s a much safer bet to imitate Him in the other 99% of the Gospels, like when He preached the good news, when He fed His sheep, when he gave over His body, and when He fixed His eyes firmly on the Father and then told us to do the same.
Simcha Fisher, The only thing I will write about the Amazon Synod (October 21, 2019)

Some Catholics think this is the standard we should have as believers. 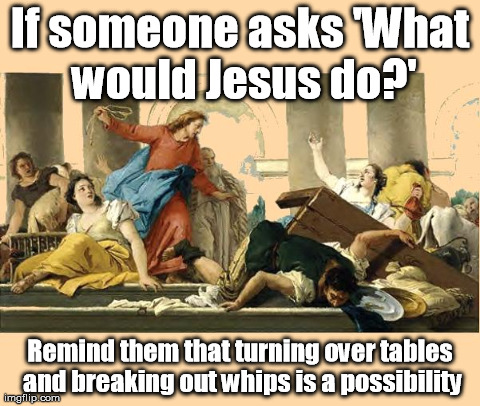 I’m not saying that this is never necessary. Sometimes we do need to turn over tables, but…

St. Thomas More argued against Luther, Tyndale, and other Protestants quite viciously. It’s almost painful to read at times. St. Francis de Sales was the exact opposite. He was gentle, mild mannered, but firm and spoke the truth when he needed it.
-Allan Ruhl Nasty Internet Stuff (October 9, 2019) www.allanruhl.com

Who was Jesus harsh on?

“Jesus did not critique people who were weak but trying. Rather, Jesus critiqued people who were strong but not bothering. . . . For Jesus, sin was a failure to bother to love.” ⁠— James F. Keenan, S.J.

The top Meme reminded me of the opposite post I saw on Bishop Robert Reed of the CatholicTV network’s FB page.  I used to work there by he way. 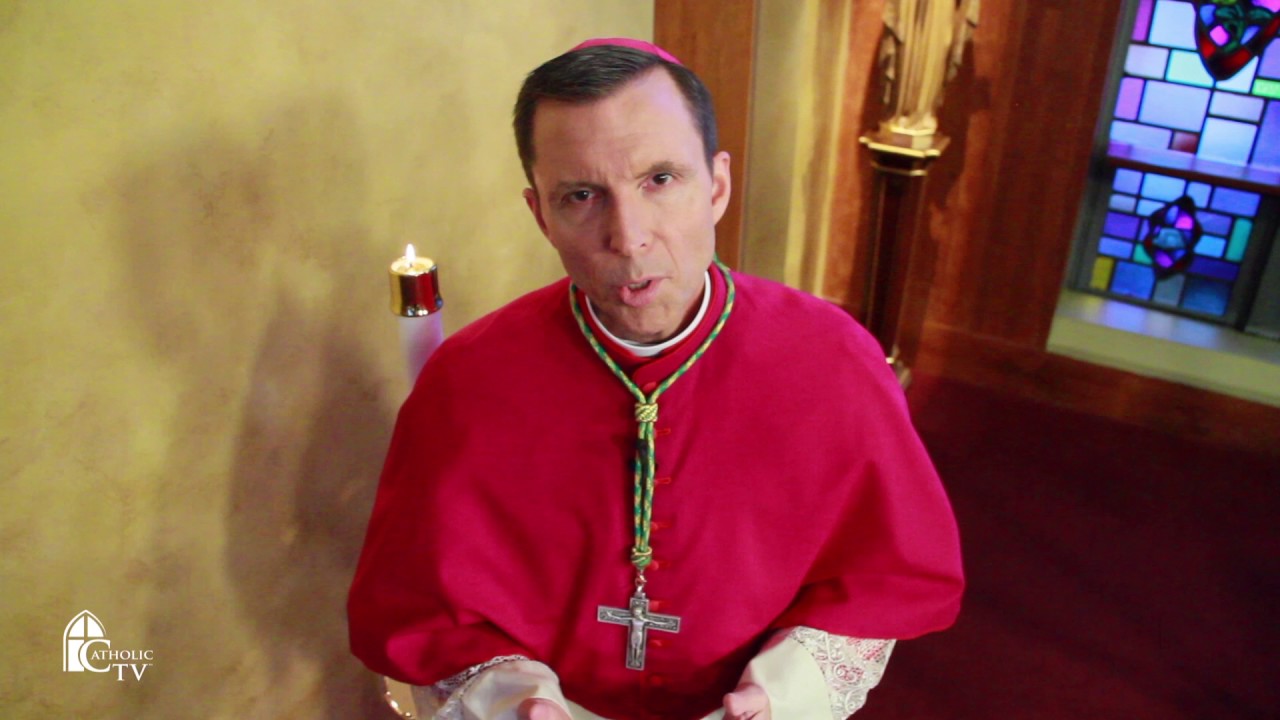 Christians are indistinguishable from others either by nationality, language or customs.

The video below omits this part below but picks up again almost exactly afterwards.

They do not inhabit separate cities of their own, or speak a strange dialect, or follow some outlandish way of life. Their teaching is not based upon reveries inspired by the curiosity of men. Unlike some other people, they champion no purely human doctrine. With regard to dress, food and manner of life in general, they follow the customs of whatever city they happen to be living in, whether it is Greek or foreign.

And yet there is something e͎x͎t͎r͎a͎o͎r͎d͎i͎n͎a͎r͎y͎ about their lives. They live in their own countries as though they were only passing through. They play their full role as citizens, but labor under all the disabilities of aliens. Any country can be their homeland, but for them their homeland, wherever it may be, is a foreign country. Like others, they marry and have children, but they do not expose them. They share their meals, but not their wives. They live in the flesh, but they are not governed by the desires of the flesh. They pass their days upon earth, but they are citizens of heaven. Obedient to the laws, they yet live on a level that transcends the law. 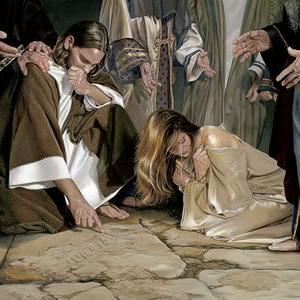 Christians love all men, but all men persecute them. Condemned because they are not understood, they are put to death, but raised to life again. They live in poverty, but enrich many; they are totally destitute, but possess an abundance of everything. They suffer dishonour, but that is their glory. They are defamed, but vindicated. A blessing is their answer to abuse, deference their response to insult. For the good they do they receive the punishment of malefactors, but even then they rejoice, as though receiving the gift of life. They are attacked by the Jews as aliens, they are persecuted by the Greeks, yet no one can explain the reason for this hatred. 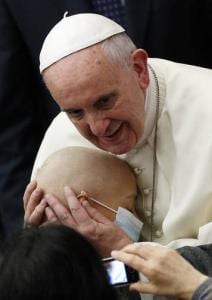 To speak in general terms, we may say that the Christian is to the world what the soul is to the body. As the soul is present in every part of the body, while remaining distinct from it, so Christians are found in all the cities of the world, but cannot be identified with the world. As the visible body contains the invisible soul, so Christians are seen living in the world, but their religious life remains unseen. The body hates the soul and wars against it, not because of any injury the soul has done it, but because of the restriction the soul places on its pleasures. Similarly, the world hates the Christians, not because they have done it any wrong, but because they are opposed to its enjoyments.

Christians love those who hate them just as the soul loves the body and all its members despite the body’s hatred. It is by the soul, enclosed within the body, that the body is held together, and similarly, it is by the Christians, detained in the world as in a prison, that the world is held together. The soul, though immortal, has a mortal dwelling place; and Christians also live for a time amidst perishable things, while awaiting the freedom from change and decay that will be theirs in heaven. As the soul benefits from the deprivation of food and drink, so Christians flourish under persecution. Such is the Christian’s lofty and divinely appointed function, from which he is not permitted to excuse himself.

Thus they will know we are Christians by Our Love and NOT by Our Anger. 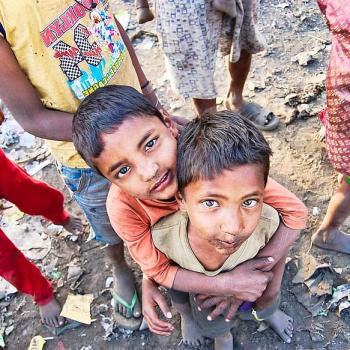 Catholic
Tweeting to the Choir About Loving Your Others
Catholic Bard 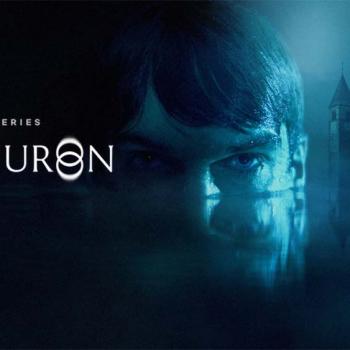 Catholic
Not Listening To Our Doppelganger
Catholic Bard 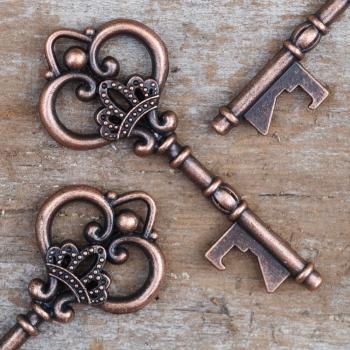 Catholic
You Did Not Lose Jesus
Catholic Bard 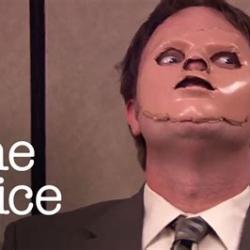 Catholic
Watching Movies Should Be More Than a Passive...
Catholic Bard
TRENDING AT PATHEOS Catholic