If you look through the list of authors on the Patheos Catholic page, you’ll notice a lot of names. There are over 90 plus blogs. There is a lot of Catholic writers and thinkers commenting on the great issues of life through a Catholic lens.  Here is a handful of Catholic thought from some of the writers listed on our page. These are writers whose last post was in 2017 or below. This post concludes the compilation of all Patheos writers currently listed on Patheos Catholic. At some point, I might compose some completions of those from Patheos past who are no longer up on the page. But my goal of representing each and every author we currently have listed is accomplished with this post. 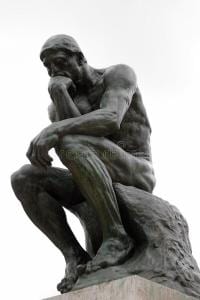 Pray, pray, pray. Don’t wait until you’re already involved with someone to get involved with Jesus (though better late than never). Instead, get a spiritual life now. As a person who thought chastity was for naïve fools and those in religious orders, I can only attribute our success thus far to the powerful intercession of Saint Faustina Kowalska (who has entirely redeemed herself in my jaded eyes), the Virgin Mary, my beloved Saint Thérèse of Lisieux, and the grace of an entirely benevolent Jesus. Get some friends in Heaven. Pray for the Holy Souls in Purgatory. Ask. For. Help. It is my utterly sincere belief that the saints are overjoyed and delighted to help.
Cynthia Schrage  How NOT to Have Sex with Your Boyfriend After the Ecstasy, the Laundry…@ Patheos Catholic

I believe in miracles, because as I’ve experienced them, they almost always occur in revelation rather than material change. The Holy Spirit opens my eyes, providing an awareness of where I stand before and in God.

The miracle is never that everyone and everything else is transformed while I remain the same. It’s the opposite. I am transformed. Nothing may have changed exteriorly. But the interior life is the only thing that matters.

When the interior is transformed, then slow change in my material circumstances begins to manifest, because I can no longer interact with my environment and in my relationships in the way I did before.

As long as I protect and encourage this Divine life, the longer the miracle lasts, and the larger it becomes. There is potential enough for an earthly lifetime, as physical pain in my knee, for instance, becomes not an obstacle, but an interior opportunity.

Pope Francis said that in contemplating death we are reminded of our ultimate purpose – and how the choices we make here on earth will determine whether we eventually spend eternity in heaven.

“A fundamental mark of the Christian is a sense of anxious expectation of our final encounter with God,” the Pope said Nov. 3. “Death makes definitive the ‘crossroads’ which even now, in this world, stands before us: the way of life, with God, or the way of death, far from him.”
CNA Daily News Choose everlasting life, not death, Pope Francis says (November 3, 2017)   Catholic News @ Patheos Catholic

The calendar year for daily working life is the same for all of us, but there is a second calendar: the church calendar that refers to the birth, murder, and resurrection of Jesus, which is an absolutely archetypal story, a poetic rendition of any human life. The Mass, with its readings from the Gospel stories, and the the Eucharistic rite, repeated for centuries, is an account of the cooperation of transcendence with the ordinary. Liturgy, Fanny Howe, and the

In a nutshell.  It proved that if you just slap gratuitous violence and lots of sex on something, it will be popular.  Most of the HBO series are simply old ideas repackaged with the above additions to one extent or another.

Not that you have to survive the Somme to create something beautiful.  It’s just interesting that a generation that has never known anything close to such horrors has made Game of Thrones the biggest thing on cable television.
Dave Griffey Why I don’t do Game of Thrones (July 13, 2017) Daffey Thoughts @ Patheos Catholic

The kingdom entails a struggle that took Jesus, as St. Paul’s Letter to the Philippians reminds us, to the point of death on a cross (Phil 2:6-11). While some read Paul’s beautiful hymn as an instruction on doctrine, I join those who read it instead as an instruction on Christian living. Paul’s hymn professes that in the kingdom of God humility leads to exaltation for Christ and all who live like him. In the years immediately after the Galilean’s death, Paul’s claim must have been senseless to Jews who prized a legalistic understanding of their faith and morals. It must have been foolish to Greeks and Romans who valued the attainment of knowledge above all else.
Victor Carmona Virgilio Elizondo, a man of the marginalized (April 18, 2016) El Puente @ Patheos Catholic

It starts in a room of silence.  A room where disciples are gathered together in fear, in worry and in prayer.  An Inner Room where disciples behold the Christ in secret (Matthew 6:6).  It is fitting – this silence of the disciples – listening to and beholding this wounded yet risen Christ.  Silence mirroring the very heart of Christianity.
A silence that births a Spiritual Wisdom that cannot remain in a room.
A silence that speaks: “Behold, I make all things new.” (Rev.21:5)
Kevin M. Johnson Revelation 21: 5 (May 14, 2016) The Inner Room @ Patheos Catholic

There is a lot I still want to say, and I want to still find my voice among the Patheos channel. When first given this opportunity, I gave myself the idea that my old blogging ways weren’t the way to go, and that instead I needed to be constantly clever, funny, and apologetically authoritative.
But the truth is that I’m only clever sometimes, and funny on occasion. It’s not in my nature to be combative, and I certainly won’t bring my arguments online. So, why did I think I needed to be a copycat blog, and join the ranks of commentary?

I really don’t know.
So I’m not going to attempt to do that anymore.
Instead, I’m returning to what I know I can do, and what I did for 10 years with a lot of fun readers; write about our life, and share when I mess up.
Mallory Severson When Nearly A Year Goes By (May 23, 2017)  Life Transparent @ Patheos Catholic

The next time you read a tragic story about a natural disaster, stop and ask God to bless those in harm’s way and ask yourself if you can spare a luxury for that day such as takeout for dinner to give to a cause that is helping the victims. I’m not saying do this every single time, as most of us are not endless supplies of funds, but the habit connects you back to humanity and helps to eliminate the tailspin of hopelessness. It is also an Act of Mercy!

While being physically in the presence of the Body of Christ is preferred, there are many livestreams available online. I recommend opening a window or tab any time you are online. To me, this is a great blessing of our connectivity. It requires a reverence and respect which will carry over to your time on the web.

From the birth of Jesus, Mary has had a contemplative heart (Luke 2), and I would venture to assume before His birth as well. She kept within her heart more to ponder than many of us could ever really imagine. Because of this I believe when we are in a state of information overload we would do ourselves a great service to ask her to help us learn what is good and what should be avoided in all things, but especially news we receive from the world.
Yvonne Meadows 5 Ways to Practice the Catholic Faith to Calm Information Overload  (September 13, 2017) Perchance Perpetuity @ Patheos Catholic

I started to wonder, if mothers have sort of a primary relationship with children on account of biology (they do spend 9+ months in a woman’s body…), perhaps the special role of men is to be the primary caretaker of the marriage. Perhaps.

I’ve noticed anecdotally that where men are committed to the marriage, not just being passively carried along in family life, that the marriages are different and better. The wife is happier. So are the children, if the couple is blessed to have children. And the husband is happier.

There’s a statistic – I don’t have it handy but you have the mighty interweb at your finger tips – that children are about 20% likely to follow the family’s practice of religion if it’s led by the mother. If led by the father, that number jumps to something like 80%.

In some ways, I think women have a role that’s more natural in a biological consideration.
Pia de Solenni #1 Thing That Men Can Do For Marriage (May 21, 2015) Pia de Solenni @ Patheos Catholic

Tell Them Something Beautiful by Sam Rocha

The incarnational wit of Christianity is most present in two places: Bethlehem and Calvary. The swaddling clothes prefigure the cloth that wrapped Christ in the tomb. (The cave as a birthplace is preferable to me for the same reason.) Myrrh is an embalming oil. The point seems to be that God so loved the world that he chose to become human and showed his humanity if the two most graphic moments of weakness: birth and death, womb to tomb.

We adore an infant in a manger and a young man on a Cross. A baby in a feeding trough and Jewish dissident being brutally tortured to death. This is our incarnate God and therein we find our salvation.

How is your prayer life? Is it easy or difficult? Is it full of consolation, desolation, or just silence? Do you have someone to talk to about your prayer life? This is the most important question here. We all need a person or a group of people with whom we can be candid about our prayer life. It’s the reason God gave us a family of faith. Make sure to build this community based on prayer and the sharing of prayer around you
Steven Lewis How’s Your Prayer Life? (June 23, 2017)  Time Off Purgatory with Steve the Missionary @ Patheos Catholic

Lent is a time to make more space for God. We give things up (including good things) to weaken our own attachment to them and to give us a little more time, energy, and attention to give to God. For almost everyone, a fast that leaves you thinking constantly about the act of fasting (whether the difficulty or the logistics) is a counterproductive fast. We give things up so we can take on more of what God wants to give us.
Leah Libresco Lenten disciplines draw on our weakness, not our strength (March 1, 2017) Unequally Yoked @ Patheos Catholic

October 30, 2020 What Do Jesus and Dracula Have in Common?
Browse Our Archives
get the latest from
Catholic Bard
Sign up for our newsletter
POPULAR AT PATHEOS Catholic
1 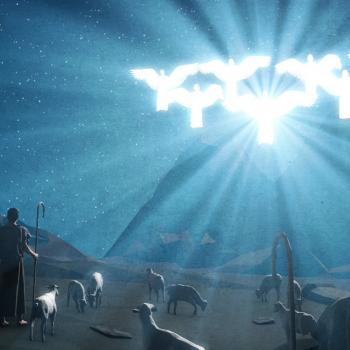 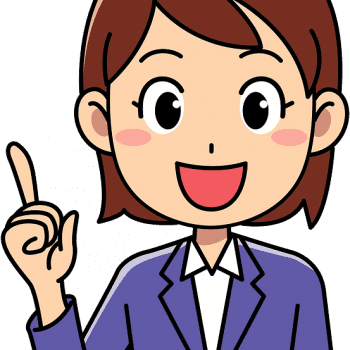 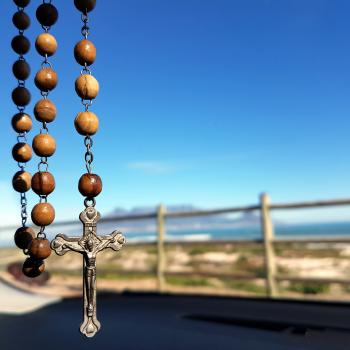 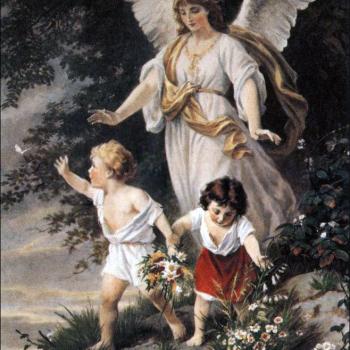 Miracle of the Loaves
A reading from the Holy Gospel according to John: Jesus...
view all Catholic blogs
Copyright 2008-2021, Patheos. All rights reserved.