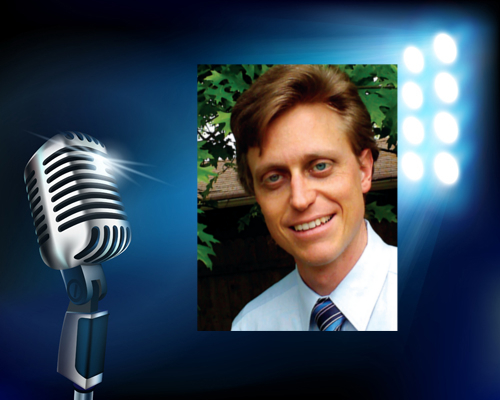 Dr. John Bergsma is Full Professor of Theology at the Franciscan University of Steubenville, in Steubenville, Ohio. He holds the M.Div. and Th.M. degrees from Calvin Seminary, Grand Rapids, Michigan, and served as a Protestant pastor for four years before entering the Catholic Church in 2001 while pursuing a Ph.D. in Theology from the University of Notre Dame. He specialized in the Old Testament and the Dead Sea Scrolls, graduating with high honors in 2004. His major study of the interpretation of the Year of Jubilee in ancient times is published as The Jubilee from Leviticus to Qumran (Brill Academic, 2007).

Dr. Bergsma’s articles, some co-authored with Dr. Scott Hahn, have appeared in several academic journals as well as Lay Witness, the magazine of Catholics United for the Faith, and he has published two books, Bible Basics for Catholics: A New Picture of Salvation History (Ave Maria Press, 2012) and New Testament Basics for Catholics (Ave Maria Press, 2015). He also has several Bible studies on CD, DVD, and MP3.

Additionally, he has appeared as a guest on EWTN’s The Journey Home, Franciscan University Presents, and Relevant Radio’s Drew Mariani Show. Twice voted Faculty of the Year by graduating classes of the Franciscan University of Steubenville, Dr. Bergsma is a popular teacher who inspires his students with a love of Scripture. He and his wife Dawn reside with their eight children in Steubenville, Ohio.

JOHN BERGSMA: I wrote Bible Basics because a former student of mine became an editor in the Catholic publishing industry and called me, asking me if I could basically put one of her favorite courses that she took with me into book form for her publisher. I was a little hesitant, but thought I’d give it a try. In class, as well as in the book, I really wanted to give people the “Big Picture,” almost literally, of the story of the Bible—the Big Picture that I wished I had had myself when I started reading the Bible as a kid. It took me till I was over 30 years old to be exposed to the Big Picture or unifying theme of Scripture, and I thought to myself, “Why didn’t someone show this to me at the beginning?”

The response to Bible Basics for Catholics was good, and we started to receive reports of people enjoying it, from every age group and demographic: from sixth graders in CCD to army vets gathered for coffee, donuts and biblestudy on Saturday morning. So we decided to do a sequel that went a little further and deeper on the New Testament, which only got one chapter in Bible Basics (two in the Updated Edition).

JOHN BERGSMA: This began as a desperation move, as a young prof, when I got into the classroom and thought, “How am I going to keep all these 18-22 year-olds awake and learning something for 75 minutes? “ I thought having some simple visuals would help them focus their minds and remember the essentials. That’s how my mind works: I remember pictures and then the rest of the story comes to me. In any event, it seems to have worked. The figures stick in folks minds, and later they are able to use them to teach others.

PETE: You have now taken readers through the entire Bible in these two volumes. What book of the Bible is your favorite?

JOHN BERGSMA: Without doubt, the Gospel of John. It’s the most amazing piece of literature ever written by a human being, in my opinion. It never uses vocabulary much above a sixth-grade level, but it does things that are so subtle and sublime from a literary and theological perspective that you end up thinking, “This had to be inspired by God, because no one could think this all up unaided!”

PETE: As the titles of your books imply these book are basics which lay the foundation for further study. For those interested in additional study resources what do you recommend?

JOHN BERGSMA: Oh yes: I would recommend all the great works by some of the great Catholic bible scholars of our time, who also have a talent for communicating: everyone knows about Scott Hahn, of course; but there are younger scholars like Brant Pitre, Michael Barber, Curtis Mitch, Tim Gray, Edward Sri, and many others who are writing such great works. Then there are also Protestants like NT Wright (for the New Testament) and CJH Wright (in the Old Testament) who are producing really good work. There are so many good authors I can’t name them all here.

PETE: As a fellow convert I am curious…..how did your viewpoint of the Bible change upon your own conversion?

JOHN BERGSMA: I didn’t think it would change dramatically, but it did! My appreciation of Scripture actually took off after becoming Catholic, because I began to see how the sacraments were pre-figured in the Bible. Reading Scripture became so satisfying, because I could contemplate the stories of the sacred text, and then go experience through the Blessed Sacrament the realities that all the stories were pointing to. There came to be such a unity between my study of Scripture and my worship life.

JOHN BERGSMA: I have a passion for science and how it points to God, so I have Fr Robert Spitzer’s New Proofs for the Existence of God (whose work can be found at http://www.magiscenter.com/), and quantum physicist’s Henry Stapp’s Mindful Universe: Quantum Mechanics and the Participating Observer on my shelf. Also Jewish Bible scholar Jon D. Levenson’s Sinai & Zion: An Entry into the Jewish Bible. And for daily spiritual reading, I’m working through Fr. Reginald Garrigou-Lagrange’s The Three Ages of the Interior Life.

January 11, 2016 Mary is fearful to the demons, Mary: Day 174
Recent Comments
0 | Leave a Comment
Browse Our Archives
get the latest from
Catholic
Sign up for our newsletter
POPULAR AT PATHEOS Catholic
1

What You're Doing When You Vaccine-Shame...
Sticking the Corners
Related posts from The Catholic Book Blogger 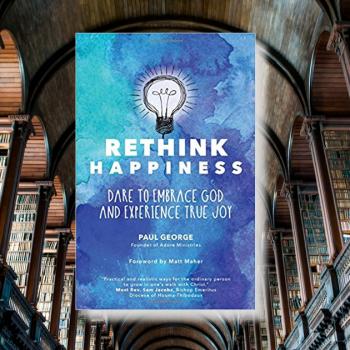 Catholic
It's time to rethink happiness
The Catholic Book Blogger 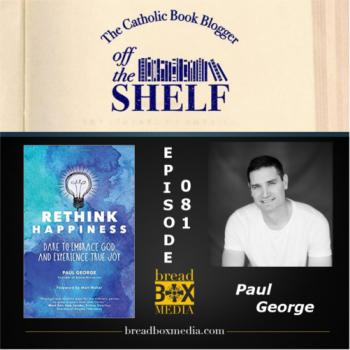 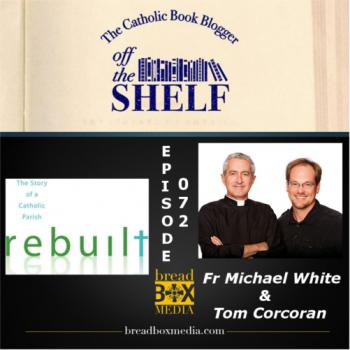 Catholic
Rebuilt - Off the Shelf 072 with Fr....
The Catholic Book Blogger 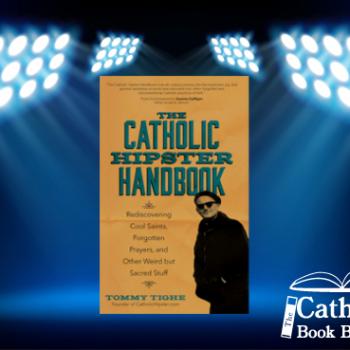 Catholic
From Millennials to the Young at Heart -...
The Catholic Book Blogger
TRENDING AT PATHEOS Catholic