20 Great Films From Around The World 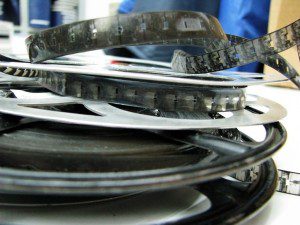 I’m often asked by people in my church, “Jonathan, you’ve convinced me that I really do want to become a more well-rounded film viewer. I am ready to commit to watching subtitled movies and to expand my horizons beyond Hollywood. What should I watch in world cinema?” (Actually, I’ve never been asked that, mostly I just get asked what my favorite film is and if I can recommend anything they might like, without having to read subtitles)

I could make the argument that watching world film is an opportunity to become a well-rounded person, which it is. I could also chide people who won’t watch a movie with subtitles, observing that such a person is either a child or a xenophobic Philistine, and that refusing to watch films in other languages means you are cutting yourself off from at least 80% of movies that are made. But, I won’t do that.

Instead, I’ll argue that watching films from around the world can actually help us walk with Jesus better. The key here is recognizing that walking with Jesus doesn’t have some sentimental meaning, like having a personal genie who grants wishes or having a co-pilot to navigate tough decisions. Walking with Jesus, in the biblical sense, means doing the hard work of loving God and loving my neighbor, and being part of His work of making disciples of all nations. How can I disciple the world and love my neighbor if I don’t know who they are or what they love? The advantage of the art form of film is the opportunity to be immersed in someone else’s story, to walk a virtual mile in their shoes. Understanding people’s hopes, dreams, idolatries, and practices can help us relate to, and thus love, them better.

In addition, experiencing other cultures helps us see how our own faith walk can be culturally conditioned. It allows us to step outside our Western assumptions and traditions and see where we might reassess our beliefs and practices, and where we might be thankful for some of our convictions.

So, without further ado, and anticipating my smallest reading audience yet, these are twenty of my favorite non-English language films. These are not necessarily “Christian” films, but they are films that I, as a Christian pastor, have benefited from greatly. Go ahead, be brave, embrace world cinema.

1. Babette’s Feast (1987). A beautiful story with deep sacramental imagery about what makes true community.
2. The Past (2013). A quietly devastating story about the impact of past actions on present relationships.
3. Blue: The 3 Colors Trilogy (1993). Juliette Binoche plays a woman seeking, but unable, to disconnect from the world after losing her husband and child.
4. Hero (2002). Possibly the most beautiful film, from a cinematography standpoint, you’ll ever see.
5. Raise the Red Lantern (1991). You’d think a story about a woman becoming the 4th wife of a wealthy lord would be dull, but Zhang Yimou makes us care about all of the people in the story.
6. In a Better World (2011). How violence and retaliation play out on multiple levels. Honest, stirring, and redemptive.
7. The Wait (L’Attesa) (2016). Juliette Binoche plays a woman seeking to keep her son’s presence alive after his death.
8. Winter Light (1963). Director Ingmar Bergman clearly struggles with his faith as he tells this story of a small town priest struggling with his faith.
9. The Kid With a Bike (2011). The Dardennes brothers make small films that feel lived in and universal, and this is my favorite film of theirs.
10. Forbidden Games (1952). The friendship of an orphan girl and a boy with a family is heartbreaking and radically current.
11. 8 ½ (1963). A movie director struggling to make another film retreats to his memories and reflects on his lifelong need to be loved.
12. Ida (2013). The moving story of a young woman training to be a nun finding out that she was adopted and born Jewish.
13. I’ve Loved You So Long (2008). Kristin Scott Thomas plays a French woman struggling to make a new life after being released from prison with a deep secret.
14. Crouching Tiger, Hidden Dragon (2000). The beauty of ‘gravity-free’ martial arts along with an epic story, this is my favorite Ang Lee film.
15. La Silence de la Mer (1949). A German officer in WWII commandeers the house of an elderly French man and his niece, who try to ignore him (hence the title “The Silence of the Sea”) but common humanity shines through.
16. In the Mood For Love (2000). A man and a woman whose spouses are cheating on them together comfort one another while choosing to remain virtuous.
17. Joyeux Noel (2005). A dramatization of the famous Christmas cease-fire during WWI.
18. Good Bye Lenin! (2003). An East German woman awakens from a coma shortly after the fall of the Berlin Wall and her son must keep her from experiencing shock, which means he must pretend that the wall is still up and Western culture has not come to their house.
19. The Cranes Are Flying (1957). The cruelties and disillusionment of war, from a Russian perspective (yes, communists can love deeply and question the war machine).
20. Tangerines (2013). Two men try to do the right thing when wounded soldiers from both sides of a local war wind up on their doorstep. 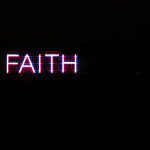 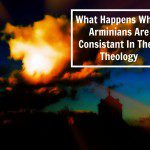 September 9, 2016 What Happens When Arminians Are Consistent In Their Theology
Recent Comments
0 | Leave a Comment
"I am a prophet.A bird flies, poops, eats - it's a miracle.A human doesn't magic ..."
The Imperial Cult O’ Faith Healer, Where Art Thou?
"Could not care less about what is "Biblically unwise or immoral".Your pretzel logic is blather.And ..."
fractal Christians, COVID-19, and the Dangerous Idol ..."
"The Bible grants toleration of free religion and the US Constitution recognizes freedom of religion. ..."
Gene Bridges Christians, COVID-19, and the Dangerous Idol ..."
"How about God?I. God the great Creator of all things doth uphold,a direct, dispose, and ..."
Gene Bridges Christians, COVID-19, and the Dangerous Idol ..."
Browse Our Archives
Follow Us!

An Interview with Keith Getty
Mark D. Roberts
Related posts from The Chorus In The Chaos