After revoking the 2017 Kuyper Prize from Presbyterian church planter and author, Tim Keller, Princeton Theological Seminary president, Craig Barnes and faculty were alarmed to discover that the Kuyper award was also named after Abraham Kuyper, whose own views called into question the rich, theological distinctiveness of the seminary.

Barnes cordially noted, “I was as shocked as anyone else to find out that Kuyper held to similar, historic, orthodox Christian views on the ordination of women and LGTBQ+ persons. Who would have thunk Kuyper himself agreed with the position of the church since its culmination?!”

Due to this unfortunate oversight, the seminary has released another update to their original, which disqualified Keller as the recipient of the 2017 Kuyper prize:

Dear members of the Seminary Community,

On March 22 I sent an update to faculty and staff addressing the unfortunate predicament regarding Timothy Keller being the recipient of the 2017 Kuyper prize. While it is true that we do not wish to stifle academic freedom, critical inquiry, and theological diversity, it has been further brought to our attention that the name of the Kuyper award might also suggest sanction of views found within the biblical corpus.

We strive to be a community that can engage with generosity and respect those with whom we disagree about important issues, yet it is quite clear the name of the award must be changed to better reflect the stance of the Presbyterian Church (USA). Princeton has hardly been a bastion of orthodox Christian belief and practice for many years now. It is our earnest desire to continue in good faith toward that aim.

Furthermore, we shall commission another design of the here-to-be-named award, which shall depict waves tossing to and fro, as it strongly reflects our understanding of the Christian faith.

UPDATE: It has also been discovered that the founders of Princeton Theological Seminary held to similar views on the ordination of women and LGTBQ+ persons. When reached for comment on this altogether surprising information, Craig Barnes was not available. 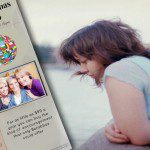 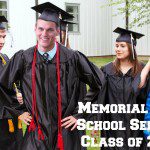 March 27, 2017 David Platt Thrilled To Graduate High School
Recent Comments
16 Comments | Leave a Comment
Browse Our Archives
get the latest from
The Chorus In The Chaos
Sign up for our newsletter
POPULAR AT PATHEOS Evangelical
1

Are COVID-19 vaccines made from aborted...
Adrian Warnock
Related posts from The Chorus In The Chaos