The Need For The Resurrection in “The Wait”

The Need For The Resurrection in “The Wait” August 12, 2016 Jonathan Dorst 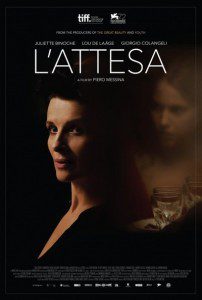 The Wait (2016, L’Attesa in Italian) is a new film available to stream from filmmaker Piero Messina, who was an Assistant Director on Oscar Foreign Language Film Winner The Great Beauty. It is a psychological character study that rewards the patient viewer with beautiful images and much to think about, eschewing big plot turns and dramatic monologues.

The film opens with a shot of a statue of Jesus, starting at the head and ending at the feet. As people begin coming out of the darkness to kiss the feet of the statue we realize that we are in a church. Anna (Juliette Binoche, in a role highly reminiscent of her work in Kieslowski’s 3 Colors Trilogy: Blue) is standing to the side watching people reverence Jesus, and we intuit that this is likely a memorial service for someone she has lost. The scene ends with a shot of Anna’s feet, in high heels, with no one near. She is alone.

The next character introduction takes place in an airport. A younger woman, Jeanne, is arriving in the same town in Sicily, but the reasons are not made clear until she arrives at Anna’s home. Jeanne is the girlfriend of Anna’s son, Giorgio. Despite the presence of mourners (and despite the seeming impossibility of keeping death notices secret in a technological age), Jeanne doesn’t have the heart to tell Anna that Giorgio has died. She explains the mourners and Giorgio’s absence by saying that her brother has died, and that Anna should stay with her until Giorgio returns.

The work that many will compare this film to is Samuel Beckett’s play Waiting for Godot, although the tone is quite different, The Wait not having any comedic elements in it. While Beckett often denied that Godot was symbolic of God, his play is full of Scriptural allusions and ultimately the failure of someone, or something, to appear in the lives of his two characters, Vladimir and Estragon. Similarly, I don’t think it’s a stretch to interpret The Wait in theological terms, precisely because the film is full of religious symbolism and indeed takes place over Easter weekend.

The core tension in The Wait is our need for resurrection. Anna is having trouble coming to grips with her son’s death and, while we may be outraged by her deception, she clearly is trying to experience her son’s presence again by listening to Jeanne talk about him and live in a world where he is still alive.

Ricky Jones, in his book Too Good to be True, writes, “In August 2008, my brother was in a horrific car accident… doctors were not able to save him. As his coffin was lowered into his grave, I thought, Either I believe that I’m going to see my brother again or I don’t.” Interestingly, the Apostle Paul writes in the New Testament that the resurrection is an essential cornerstone of faith in God, “But if there is no resurrection of the dead, then not even Christ has been raised. And if Christ has not been raised, then our preaching is in vain and your faith is in vain” (1 Corinthians 15:13-14, ESV).

Resurrection is a theme that filmmakers have utilized to varying degrees of success, from use as a plot device (Ghost, Heaven Can Wait, and Field of Dreams), as metaphor (Double Jeopardy, Groundhog Day, and The Truman Show), and as the climax to the story (Ordet, The Matrix, and Superman). Classical apologists like Thomas Aquinas see in our deeply rooted desire for resurrection proof that there is a God; that every natural, innate desire within us corresponds to some real object that can satisfy that desire. Because there exists in us a desire that nothing in this universe can satisfy- the ‘God-shaped hole’ or ‘God-shaped vacuum’- there must be a God who can satisfy that desire, and an afterlife that can explain our deep desire for more than this life.

Anna does not speak of her religious faith, but this film is more explicit than most in its religiosity, from the previously mentioned opening image of Jesus to a climactic scene in a Passion procession where Anna imagines seeing her son among the worshippers. Anna cannot accept that she will never see her son again, so she seeks to keep him alive, not exactly through denial, but certainly through willfully suspending her disbelief that he will show up by Easter Sunday.

We might be quick to criticize Anna, telling her that she needs to accept reality and find comfort in something other than a poor young woman who is under the mistaken belief that her boyfriend is alive. As believers, we might insist that Anna stop finding hope in her son’s life, and find it in the gospel and the future resurrection. But, the film doesn’t criticize her as much as it sits with her in her grief, and by doing so, it encourages us to give people room to grieve and find hope. In doing so, The Wait ultimately is a profound statement on the sanctity of life and a reminder that death should not, and does not, have the last word. 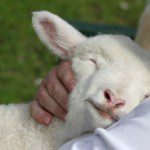 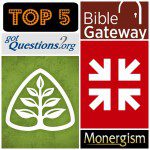