The strange love affair between Christians and guns

This isn’t the first time I’ve addressed this, and I hate that. This post, in fact, is adapted from a now-defunct blog I used to have; I just had to tweak it for the tragedy du jour.

I hate that 50 people are dead because one man was filled with hate and had access to a firearm. I hate that this is not the first time I’ve had to deal with this news. Charleston. San Bernardino. Columbine. Aurora. Sandy Hook. All names that strike a chord because of one underlying event: a man with a gun in his hand and hate in his heart.

These are just the big national incidents. There are “smaller” tragedies happening every day. When I was kid, a man walked into our local post office and shot up the place, killing several people. When I was a reporter, I covered a trial involving three friends playing around with a gun that went off, killing the fourth. How many stories involving a personal dispute that got out of hand are just buried in the back of newspapers because it’s so common? And we’ve already reached the point where mass shootings have a predictable news cycle and events with less than 10 deaths feel uneventful; most mass shootings are now just routine.

There are many issues at play here, and many serious conversations to be had. There’s a religion and hate problem that continues to curdle. There are questions of terrorism, FBI investigations and serious discussions that need to be had about why a man who abused his wife and was on a terrorist watch list could buy a gun. In the days to come, pundits will try to find one thing to place the blame on — but most likely, as with all these shootings, there isn’t one thing that caused this. These events are caused by a perfect storm of sin and tragedy, and stopping them means addressing every issue.

But the underlying component to every shooting is this: guns and people. And whether the shooter was mentally ill, angry, racist or just had a point they stupidly wanted to prove, the crimes at the most basic level boil down to this: someone got a gun — often legally — and decided to take lives.

We can debate the legal and political aspects of this until we’re blue in the face. We can talk about whether or not the government wants to take guns away, whether we just need stronger regulations or whether we should emulate the Wild West. I don’t want to debate this issue because we’re not getting anywhere. This is not about the Second Amendment; that’s a debate for another time.

No, what continues to baffle me are how some of the most enthusiastic and passionate gun lovers also are followers of Christ. Whenever this debate rears its head, the most passionate gun supporters in my social media feed are often those who are also outspoken Christians. I once had a youth pastor friend who, when he heard about a shooting, said that it would never happen at our church because he’d be carrying his gun in service, as if bringing a gun to a place of worship and hope isn’t hypocritical. I see Christian friends on social media post about how excited they are to buy a new gun and boast about their stopping power. I know there are likely men and women in our church who carry concealed weapons. And I see Christians boast on Facebook that if they’d been in that nightclub/church/movie theater/school, they’d have had their gun on them — and things would have been different.

Christians who cling to their guns and whose first instinct when a tragedy like this happens is to say ‘but this wasn’t because of guns’ trouble me. I understand the desire to have a gun in the home for safety. But I also follow a God who called us to restore life to the world, who commands us to be peacemakers, who said ‘thou shalt not kill’ and ‘those who live by the sword will die by the sword’*. There are other ways to defend my family, and I will put my trust in God to be our ultimate shield without having to own something designed to kill.

Much of this comes down to tone, tenor and attitude. Whether a Christian owns a gun to protect their family is their own decision. But the way they approach that gun and speak about it can be chilling. Even though I think people have the right to a gun if they prove themselves trustworthy, I still get chills when I see Facebook friends post ads about their weapon’s power, or proudly talk how they just bought a new handgun — and look how awesome it is! These are Christians, people who identify as being pro-life, bragging about their weapon’s ability to kill, and often filled with macho bluster that seems to say “Jesus says love your enemy, but I’m ready to blow them away if I have to.” It’s dismaying — if you must own a gun, especially as a Christian, own one soberly and with regret that this world has brought you to this point. But Christian, never boast about a weapon that can kill, that is designed expressly for taking life, and that can do so effectively. Never be happy or proud to own an instrument of death. That power is a sober, sorrowful one to wield.

It also bothers me because so much of the reason people want to have a gun comes down to fear and control. They want to have the say when they die, not some punk on the corner. They’re afraid for their safety. Often, they’re afraid of “the other.” And these are not traits that should be said of Christians. We don’t control our fate — we trust God that we will follow Him, live faithfully, and He will either protect us or bring us home. We don’t fear for our lives — we know death brings us to Christ and we know we’re protected by the sovereignty of God. And we don’t fear the other. We love them. We pray for them. We show them Christ, even if that means we lay down our right to take their lives.

Guns aren’t the only reason this week’s tragedy happened. But his ability to legally get a gun — even with such an alarming record — is what made it possible for the shooter to carry it out. Yes, there are other factors that must be addressed in tandem before we can even hope to find an end to this plague  — we have to address terrorism, we have to address hate, and we have to address the anger and outrage that seep in every interaction. And Christians, as people who believe it is their job to push back the effects of the fall and model the beauty of Christ to the world, necessarily must take the lead in these areas. But I believe we also must be willing to lay down our guns and say that the people of Christ will no longer depend on instruments of death for our protection. We will rest not in our firearms, but in the arms of the Giver of Life.

*Yes, I realize Christ also at one point advised his disciples to buy a sword. I don’t think the Bible can be used as pro or against owning a gun. But I think Jesus’ attitude toward violence and retaliation speak volumes about what our attitude should be about these things. 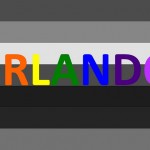 June 12, 2016
Orlando: Death in our safe spaces demands love across the lines
Next Post 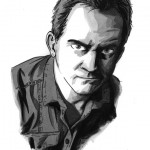