From “Rogue One” to “Empire Strikes Back”: What I watched on my winter vacation 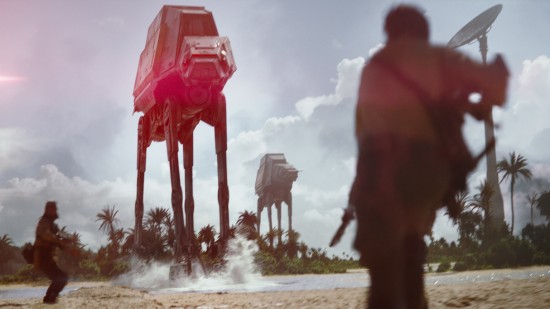 Don’t let the headline mislead you: this isn’t all about “Star Wars.”

As I write this, I’m coming off a very long vacation. On Dec. 23, I left work for two weeks to enjoy the holidays and recuperate from a very busy fall. I go back to work and school tomorrow and, as providence would have it, it’s also shaping up to be a busy week for this blog. For now, I’m enjoying the last few hours of break. It wasn’t the greatest vacation — quite a few stressors made it a bit hectic — but for the first time in a few months I was able to see a great deal of movies, and I thought a brief rundown might be fun. . .

. . . I was late to the party with Rogue One: A Star Wars Story. The movie came out a week or so before Christmas, but my wife (a major “Star Wars” fan) and I couldn’t see it until after the holiday had passed. Once the kids were checked into day care, we took in a Tuesday matinee of Gareth Edwards’ film.

Like many, I found a lot to love in this entry, which works as both an epilogue to the prequels and a prelude to the original trilogy. Edwards may not be great with a script,  but few directors work as well with scale. The ships, uniforms and settings serve as a nice bridge from the prequels to “A New Hope,” but Edwards also makes the film stand on its own by removing some of the cinematic tropes we’ve come to expect from “Star Wars.” Famously, there’s no opening crawl, and the film is the first in the saga to start with a pre-title sequence; it’s also the first not to use wipes to transition between scenes, a small thing that nonetheless gives “Rogue One” its own identity. Michael Giacchino wonderfully samples from John Williams’ score. J.J. Abrams may have introduced a bit more camera movement with “The Force Awakens” than Lucas used, but Edwards’ camera careens, giving it an immediacy and energy that most “Star Wars” movies lack; as many have noted, it’s the first in the series to feel like a war movie. There are stakes, and the film’s ending certainly feels like an edgy move for the saga.

I just wish I felt that the story lingered with me after the credits had rolled. The film ended, we gathered our things, agreed that a good time was had, and then the movie kind of evaporated from my mind. It’s not that it’s bad — technically, it’s proficient, and there are some really well-done moments. Its final half-hour vies with the best of the series. But while the performances are good, the characters never resonated the way Rey, Finn or Poe did in “The Force Awakens.” There are enjoyable characters, to be sure; I loved Alan Tudyk’s deadpan droid K-2SO and thought Donnie Yen’s blind, Force-sensitive character was intriguing. But they were all personalities; the movie was so jam-packed with incident that there just didn’t seem time to give them any depth. And while I appreciate the intention in giving the Rebel Alliance some gray moral shading, there’s a part of me that feels that “Star Wars” works best in big, broad strokes, with good and evil clearly defined. It just plays better into the fantasy side of the series that works so well.

But really, these are after-thoughts. In the moment, “Rogue One” is a great deal of fun, and I look forward to revisiting it. It makes plausible, grounded explanations for some holes in “A New Hope” and, in his final sequence, finds a way to make Darth Vader terrifying again. It remembers what was fun about “Star Wars” and lets us play in that original trilogy sandbox a bit longer. It’s worth a look, even if I wonder if it will have the staying power of the best of the series (which we’re going to talk about in a bit)… 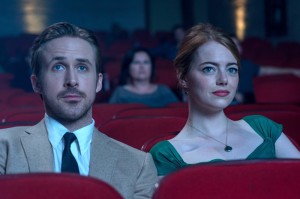 …I talked about the next two films in my best of 2016 list, so I’ll keep it short here. But the cinematic highlights of my break were definitely La La Land and Manchester by the Sea. The former is a musical bursting with love to the form. Damien Chazelle proved his genius with “Whiplash” just two years ago. And while I don’t think “La La Land” tops it, it definitely is the movie I’ll be revisiting more often. Emma Stone is pure joy, and Ryan Gosling continues his transformation into the most charming, watchable presence onscreen. I love every song in this film and the dance numbers are bliss. The finale is like a masterful short film, and I left the theater with a big dopey grin on my face. The film is cinematic effervescence, and it sends you out on a high. And while I’ve heard some critics deride it as an “Artist”-level gimmick or style over substance, I disagree. Chazelle’s film also has something to say about the hard work of pursuing a dream, the sacrifice required and whether it’s worth it. It ends on a bittersweet but hopeful note, which has stuck with me sense seeing it. I haven’t been able to revisit “La La Land” yet, but I hope to do it at least one more time before it leaves theaters.

And as I said in my list, “Manchester by the Sea” was a film I avoided for a long time. I’m tired of dramas that decide the best way to address grief is to wallow in it. But Kenneth Lonergan’s film moved me deeply and has not left my thoughts since I saw it more than a week ago. It’s a sad film, but also a funny one. More than that, it might be the most humane and empathetic film I saw all year. It understands the way sorrow becomes a part of someone’s personality and how it changes relationships, both to people and surroundings. It’s a presence that must be lived with, not an obstacle to be overcome. Casey Affleck, Kyle Chandler and Michelle Williams are all at their best here, and Lonergan continues to prove he’s a director worth paying attention to.

…The last new film I saw over break was Theodore Melfi’s Hidden Figures, To be honest, I kind of avoided this one as well. It had received good notices, but the previews made it look like a feel-good piece of fluff. And yes, it’s a feel-good movie. But it’s not fluffy, nor is it disposable. 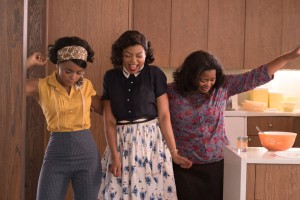 The film is about the little-known contributions of black female engineers, mathematicians and computer programmers to the NASA space program. Melfi isn’t interested in delivering a somber, gritty look at the civil rights struggle. What he’s crafted is an inspirational story about overcoming odds through determination, wit, intelligence and preparation. In doing so, he simplifies some real-life conflicts and probably makes resolutions look easier than they were. But he never loses sight of the real struggle these women faced and the film’s depiction of racism not so much as an overt menace but an evil that was absorbed into our institutions and ways of life without thinking is still relevant.

When trying to tackle a delicate subject and also appeal to a broad audiences, many movies of this type run the risk of feeling trite, cliche or simplistic. But Melfi navigates the tone well, keeping in mind the film’s inspirational aims without avoiding the difficult topics at play. He’s aided by a superb cast, particularly Taraji P. Henson as a NASA number-cruncher who proved essential to getting John Glenn into space and Octavia Spencer as a woman who’s savvy and ingenuity led the way for a number of black women to take on jobs as the organization’s first computer programmers. Kevin Costner is also quite good as the manager who comes to see the way that racism is so institutionalized that it harms the entire enterprise. The film is told with humor, joy and energy and it’s a truly fascinating, inspirational tale. It’s one of the movies parents should be seeing with their kids.

…Finally, we were back to “Star Wars.” Throughout the year, my 4-year-old son Mickey has developed a fascination with the films, even though at the beginning of the year he hadn’t seen any of them. My wife is the major Star Wars fan in the family, and he picked up a lot of it through osmosis. A few months ago, we showed him “A New Hope” and he took to it pretty well. We were looking for a good way to close out the weekend and my wife suggested we watch The Empire Strikes Back with him. I was a little concerned that it might confuse him or even bore him, but I’ve truly never seen him as caught up in a movie. He was fascinated by Yoda, in rapt attention as the Millennium Falcon navigated the asteroid field, and he picked up his toy lightsaber and swashbuckled around the house during the final confrontation between Luke Skywalker and Darth Vader (he did, however, talk right through the Big Moment). He was a bit confused as to why so many people’s fates were left hanging at the end and we had to explain to him that there are still more movies to be watched. 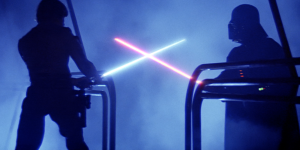 As for me, it was my first time watching the film in close to 20 years (I think my last time watching it had been around the time “The Phantom Menace” was released). And I was reminded why it is the best of the “Star Wars” movies. It deepens the mythologies, the characters have better chemistry and richer histories, and the world-building here is fantastic. There’s just enough of a dark tone for it to resonate a bit more than “A New Hope” and the film works exactly like the best sequels do, by expanding the world and pushing the heroes to their limits. It’s also wonderfully paced, moving at light speed from opening crawl to the final shot. It’s really a perfect piece of entertainment.

…And that wraps up the vacation moviegoing experience. Like I said, we’re back to reality this week, and it’s a busy week. Look for a revisit to last year’s “Story of God” project in the coming days. By week’s end, I’ll have a review of “Silence” and the first “Story of God” episode post for season two (which stars Jan. 16 on National Geographic). So, stay tuned! 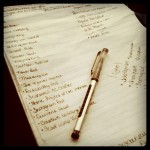 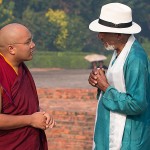 Oranges and Sunshine: the UK’s and...
Sister Rose Movies
Related posts from Chrisicisms