Easter Bible Verses: 7 Scriptures About The Resurrection of Jesus

The resurrection of Jesus Christ is one of the most powerful beliefs in Christianity?  What are some of the most important verses about Easter?  What ones would you choose?

Luke 24:2-3 “And they found the stone rolled away from the tomb, but when they went in they did not find the body of the Lord Jesus.” 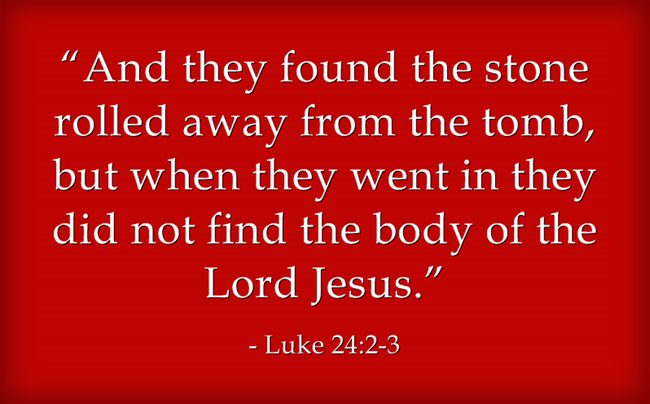 The greatest thing about going to the tomb of Jesus was that it was found empty.  He had been resurrected and was not there.  The empty tomb is one of the most powerful evidences of the resurrection that there is.  Since it was empty, our grave will also be emptied at the return of Christ when all will be raised, both those who trusted in Him and those who did not, but they will be going to two different locations (Rev 20:11-15).

If Christ was not raised then our faith is hopeless and Paul would be misrepresenting God but indeed, Christ was raised and our hopes and those who have fallen asleep (died) in Christ are gone forever.  Why would Paul even preach the  gospel if he knew that it was not true and why die for a cause he knew to be a lie?  No, he was convinced and tried to reassure the Corinthian church that those who died in Christ will be raised again someday unto eternal life.

John 11:25-26 “Jesus said to her, “I am the resurrection and the life. Whoever believes in me, though he die, yet shall he live,  and everyone who lives and believes in me shall never die. Do you believe this?”

Jesus was speaking to Martha and Martha did believe in the resurrection (John 11:27) and Jesus was not only going to shortly resurrect Lazarus from the dead, someday all that hear His voice will be raised but some will rise to be condemned while those who trust in Him will be raised to eternal life.  Jesus was clear about this in John 5:25, 28-29 when He said “I tell you the truth, a time is coming and has now come when the dead will hear the voice of the Son of God and those who hear will live… Do not be amazed at this, for a time is coming when all who are in their graves will hear his voice and come out-those who have done good will rise to live, and those who have done evil will rise to be condemned.”

Peter 1:3-4 “Blessed be the God and Father of our Lord Jesus Christ! According to his great mercy, he has caused us to be born again to a living hope through the resurrection of Jesus Christ from the dead, to an inheritance that is imperishable, undefiled, and unfading, kept in heaven for you.”

Jesus said that I am the way, the truth and the life (John 14:6) but you could put the word “eternal” in front of that because that is what He meant and that is the context of this chapter.  If you reject His way, His truth and His eternal life, then you choose death.  That is why Peter said a person is blessed for choosing Christ.

Acts 24:16,21  “having a hope in God, which these men themselves accept, that there will be a resurrection of both the just and the unjust, other than this one thing that I cried out while standing among them: ‘It is with respect to the resurrection of the dead that I am on trial before you this day.’”

Paul was on trial for preaching Christianity or “the Way” as it was called early in the church.  The hope of the just or the justified (in Christ) is that of the resurrection and that hope is that not even death can separate them from God (Rom 8:35) because God is for those who believe in His Son (Rom 8:31, 33) but he or she that rejects trusting in Christ stands condemned at His return (John 3:17).

Acts 4:33  “And with great power the apostles were giving their testimony to the resurrection of the Lord Jesus, and great grace was upon them all.”

Why wouldn’t the apostles give their testimony of Jesus Christ since they had been with Him for forty days after His resurrection?  They had touched Him, ate with Him, and were taught by Him…all after He was resurrected from the dead.  That would tend to make a person have “great power” because they were greatly convinced.  Eyewitnesses are powerful testimony but over 500 eyewitnesses is incredibly convincing testimony (1 Cor 15:6).

Matthew 27:52-54 “The tombs also were opened. And many bodies of the saints who had fallen asleep were raised, and coming out of the tombs after his resurrection they went into the holy city and appeared to many.  When the centurion and those who were with him, keeping watch over Jesus, saw the earthquake and what took place, they were filled with awe and said, “Truly this was the Son of God!”

The Centurion, a high official and military commander of 100 men, after all he had seen, was thoroughly convinced that this was the Son of God.  He had just seen Him murdered, and just moments after His death a powerful earthquake struck and many who had been in their graves came out of their tombs and then went into the city and many saw them there.  This Centurion was one of the eye witnesses of this miraculous event and apparently had believed after all that he saw.  The dead being resurrected may indicate that since Jesus paid the price for the sins of those who had died and believed on Him, they could then be resurrected because of Jesus substitutionary death on the cross made their resurrection possible. Up to that moment, no one could have eternal life except in Paradise but Jesus’ paid it all so we could have it all…that is eternal life and be in His presence for all time.

If you have not been born again (John 3:3) then you have another death coming…an eternal death…one in which you will be forever separated from God and have no second chance to repent, confess, and trust in Christ.  By the time you die or if Christ returns first, and you haven’t yet repented, confessed your sins, and trusted in Christ, you will face eternal destruction in hell.  If you are born once, you’ll die twice but if you’re born twice, you die only once and then be raised to eternal life forever.  You choose either life eternal or eternal destruction.  There is no neutrality for to make no choice is to choose death. 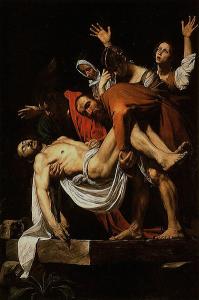