How Christians Look at Death

Death is not an easy subject to discuss, but for believers, there is hope after the grave, and here is Scripture to show that.

Nearing the end of his ministry, the Apostle Paul knew that his time was drawing near, and so he wrote to Timothy, “For I am now ready to be offered, and the time of my departure is at hand” (2 Tim 4:6). Paul could rightfully say, “I have fought a good fight, I have finished my course, I have kept the faith” (2 Tim 4:7). Paul knew that his death was coming, but he also knew that death was not the end. He understood that “there is laid up for me a crown of righteousness, which the Lord, the righteous judge, shall give me at that day: and not to me only, but unto all them also that love his appearing” (2 Tim 4:8). There was no doubt in Paul’s mind “that neither death nor life, nor angels nor rulers, nor things present nor things to come, nor powers, nor height nor depth, nor anything else in all creation, will be able to separate us from the love of God in Christ Jesus our Lord” (Rom 8:38-39). Many of the first century believers faced the threat of death for their faith, but Paul wanted the church at Corinth to be of “good courage. We know that while we are at home in the body we are away from the Lord, for we walk by faith, not by sight. Yes, we are of good courage, and we would rather be away from the body and at home with the Lord” (2 Cor 5:6-8), so even after we pass from this life to the next, we will be at home with the Lord. There is no mention of an “in-between” or soul-sleep, but just as Jesus told the thief on the cross, that very day, he would be with Him in Paradise (Luke 23:43).

Somehow, even Job knew enough about God to know that He was a redeeming God. For example, he wrote, “I know that my Redeemer lives, and at the last he will stand upon the earth. And after my skin has been thus destroyed, yet in my flesh I shall see God, whom I shall see for myself, and my eyes shall behold, and not another. My heart faints within me” (Job 19:25-27)! There is confidence in Job’s statement. It’s not only a hope or desire, but a fact. It’s not a hope-so but a know-so. He knew that His redeemer “will stand upon the earth” someday, after his body has been destroyed. He knew that he would see God, in his flesh, so it’s not surprising that Job said “My heart faints within me.” He longed for that day, but so too do the saints. After Lazarus had died, Martha was troubled by Jesus not preventing it, but “Jesus said to her, “Your brother will rise again.” Martha said to him, “I know that he will rise again in the resurrection on the last day.” Jesus said to her, I am the resurrection and the life. Whoever believes in me, though he die, yet shall he live, and everyone who lives and believes in me shall never die. Do you believe this” (John 11:23-26)? I ask you, “Do you believe this?”

Imagine that death itself will end someday. After we die or if Christ returns, we can have the assurance of living again and being in His presence. After David’s infant had died, he had confidence that he’d see the infant again, writing, “But now he is dead. Why should I fast? Can I bring him back again? I shall go to him, but he will not return to me” (2 Sam 12:23). Of course, was David speaking of his infant son who died. Paul also knew the day was coming “When the perishable puts on the imperishable, and the mortal puts on immortality, then shall come to pass the saying that is written: “Death is swallowed up in victory.” O death, where is your victory? O death, where is your sting?” The sting of death is sin, and the power of sin is the law. But thanks be to God, who gives us the victory through our Lord Jesus Christ” (1 Cor 15:54-57). Even further, on the day that the New Jerusalem descends out of heaven, God “will wipe away every tear from their eyes, and death shall be no more, neither shall there be mourning, nor crying, nor pain anymore, for the former things have passed away” (Rev 21:4). Death will be no more! Let that sink in for a moment.

No Fear of Death 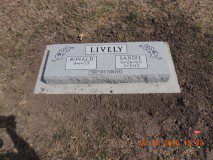 King David, who for many years had to run for his life, wrote, “Even though I walk through the valley of the shadow of death, I will fear no evil, for you are with me; your rod and your staff, they comfort me” (Psalm 23:4). A shadow of death is not as fearful as death itself, but the way believers can look at death is that “if we live, we live to the Lord, and if we die, we die to the Lord. So then, whether we live or whether we die, we are the Lord’s” (Rom 14:8). John records a voice from heaven saying, “Blessed are the dead who die in the Lord from now on. “Blessed indeed,” says the Spirit, that they may rest from their labors, for their deeds follow them” (Rev 14:13)! When a saint dies, it is a precious thing in our sight. We mourn and grieve, but that’s mostly for our own loss, but our loss is heaven’s gain, and if you could ask them, they most certainly wouldn’t want to come back to this world. God also sees our grieving, and wants us to know that “Precious in the sight of the LORD is the death of his saints” (Psalm 116:15). As we know, “the dust returns to the earth as it was, and the spirit returns to God who gave it” (Eccl 12:7), but that’s good news “since we believe that Jesus died and rose again, even so, through Jesus, God will bring with him those who have fallen asleep” (1 Thess 4:14).

One of the greatest chapters about the resurrection is 1st Corinthians 15. Here Paul writes that “in fact Christ has been raised from the dead, the firstfruits of those who have fallen asleep. For as by a man came death, by a man has come also the resurrection of the dead. For as in Adam all die, so also in Christ shall all be made alive. But each in his own order: Christ the firstfruits, then at his coming those who belong to Christ” (1 Cor 15:20-23). The promise of God, from Jesus Himself, says, “For God so loved the world, that he gave his only Son, that whoever believes in him should not perish but have eternal life” (John 3:16), so “Whoever believes in me, though he die, yet shall he live, and everyone who lives and believes in me shall never die. Do you believe this?” (John 11:25-26)? Again I ask, “Do you believe this?”

February 13, 2019
What the Bible Says About Loving Our Neighbor
Next Post