Here are my top 7 Bible verses about the care of animals.

Proverbs 12:10 “Whoever is righteous has regard for the life of his beast, but the mercy of the wicked is cruel.”

I have a close friend who is an animal rescuer of abandoned dogs and another very close friend who rescues cats, many of whom are dumped illegally in the middle of nowhere during the coldest parts of the winter and hottest parts of the summer. They are both Christian; therefore this verse makes me think of them because it is about them. The wicked are the cruel ones who are doing the dumping of these precious animals.

Proverbs 27:23 “Know well the condition of your flocks, and give attention to your herds.”

This might not be exactly written for the merciful care of animals but the person who cares for flocks (sheep and goats) and herds (cattle, oxen) should be well aware of their condition. It is really in their own best interest to care for their animals but more importantly, God requires the merciful treatment and humane care of these creatures of His.

Luke 14:5 “And he said to them, “Which of you, having a son or an ox that has fallen into a well on a Sabbath day, will not immediately pull him out?”

This was directed toward the religious leaders who were angered because Jesus had just healed on the Sabbath so Jesus was saying that they thought it was okay to rescue an animal or a son on the Sabbath so how could it not be allowed to help someone else on the Sabbath because that law was already part of the Old Testament Mosaic Law? He also added another example in Matthew 12:11 saying “Which one of you who has a sheep, if it falls into a pit on the Sabbath, will not take hold of it and lift it out?” Jesus was referring to the Old Testament laws that allowed people to rescue their animals if they were in danger, even if it was on the Sabbath day, showing God cares more about mercy than He does rules and regulations. 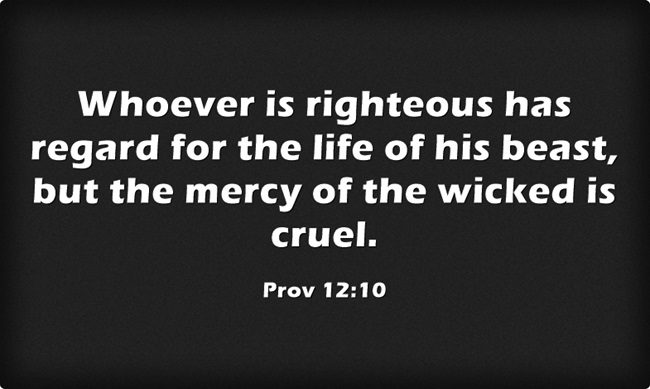 Matthew 6:26 “Look at the birds of the air; they do not sow or reap or store away in barns, and yet your heavenly Father feeds them. Are you not much more valuable than they?”

Clearly God cares for the birds of the air; otherwise He wouldn’t ensure that they’re fed. Since God cares for them enough to provide for their needs, we know that He cares for us too since we are of far more valuable than they but don’t miss this; they too have value.

Deuteronomy 22:6-7 “If you come across a bird’s nest in any tree or on the ground, with young ones or eggs and the mother sitting on the young or on the eggs, you shall not take the mother with the young. You shall let the mother go, but the young you may take for yourself, that it may go well with you, and that you may live long.”

These two verses have the compassion of God written all over them. If a birds nest is found and the mother bird is still sitting on the young or on the eggs, we are commanded to not take the mother with the young. We should let the mother live but the young you can take. Why is it okay to take the young and not the mother? Because the mother will have more young someday but by taking the mother, it takes away the source of future birds to be laid, hatched, and raised. To even have a law like this shows the intricate and intimate care that God has for even the tiniest of creatures.

Luke 12:6 “Are not five sparrows sold for two pennies? Yet not one of them is forgotten by God.”

Sparrows were the only offerings that the poor could afford for the temple sacrifice and yet not even one of these are forgotten by God. If five sparrows were sold for two pennies that would make the value of just one sparrow about 40% of a penny (if my math is right) so even the least expensive and least regarded creature you can imagine not only has value to God but it is not “forgotten by God” which shows that we must not abuse any of God’s creatures for He forgets none of them.

Deuteronomy 22:1 “If you see your fellow Israelite’s ox or sheep straying, do not ignore it but be sure to take it back to its owner.”

This law and many more like it, such as “If you meet your enemy’s ox or his donkey going astray, you shall bring it back to him” (Ex 23:4) prove that God cares for all creatures, even if these creatures were the possessions of the enemies of Israel. It didn’t matter to God because the animal wasn’t responsible for who owned it; either Israel or her enemy. Either way, God wants the humane care and treatment of all creatures, great and small.

God absolutely cares for His creatures and there is no excuse for mistreating or abusing them. God holds those who do such things completely responsible for if even a tiny sparrow is not forgotten, no cruelty of any animal at any time will ever be forgotten either. 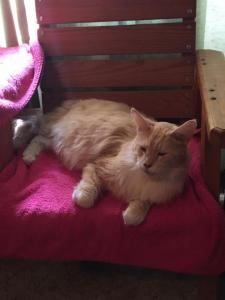 Evangelical
What The Bible Says About Caring For Animals
Christian Crier