7 Great Leaders From The Bible

Who are 7 of the greatest leaders found in the Bible, including from the Old Testament and the New Testament?

After King Saul’s abdicating the throne due to his disobedience, God told Samuel “I will send you to Jesse the Bethlehemite, for I have provided for myself a king among his sons” (1st Samuel 16:1b) so when “Jesse made seven of his sons pass before Samuel. And Samuel said to Jesse, “The Lord has not chosen these” (1st Sam 16:10). When David finally passed before Samuel, “Then Samuel took the horn of oil and anointed him in the midst of his brothers. And the Spirit of the Lord rushed upon David from that day forward. And Samuel rose up and went to Ramah” (1st Sam 16:13). When God called Moses to lead Israel out of their Egyptian bondage of slavery, God told him, “Come, I will send you to Pharaoh that you may bring my people, the children of Israel, out of Egypt” (Ex 3:10) so the point in this account of Moses and David, as well as dozens of other leaders in the Bible is that God is the One Who chooses the leaders. They never appoint themselves or choose themselves.

Moses was said to be the meekest man on earth as it says in Numbers 12:3 “Now the man Moses was very meek, more than all people who were on the face of the earth.” Meekness or humility is a necessity for being a leader and Moses certainly was. He was trained in the Pharaoh’s court and had some of the best education that was available on earth at the time. Even after he murdered an Egyptian who was abusing an Israelite slave, God was not going to change his mind about him. In the burning bush incident, God chose Moses as His vessel to bring Israel out of Egypt and was one of the greatest biblical leaders of all (Ex 3). 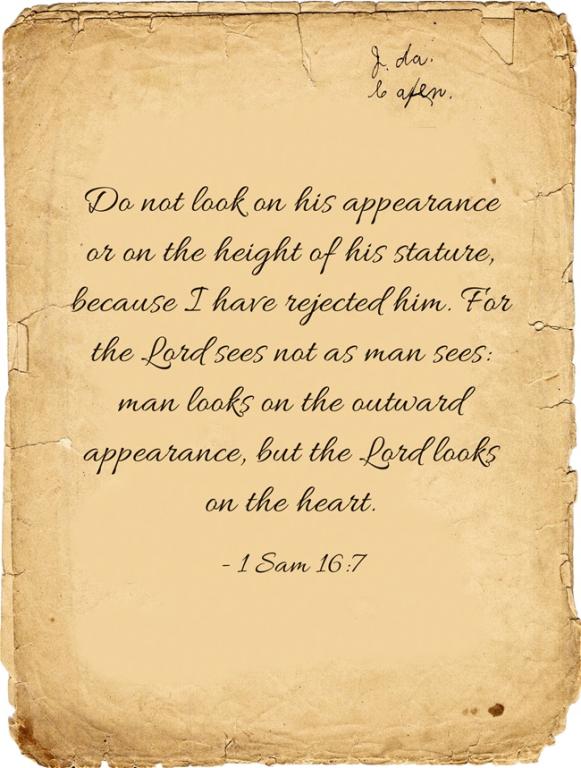 David a Man after God’s Own Heart

When Samuel anointed David to be the next king, he was replacing King Saul who was anything but humble and became full of pride and we know that God resists those who are prideful (James 4:6). God says “Do not look on his appearance or on the height of his stature, because I have rejected him. For the Lord sees not as man sees: man looks on the outward appearance, but the Lord looks on the heart” (1st Sam 16:7). God chose the least likely in the eyes of man because He looked at David’s heart and not his outward appearance. David’s heart toward God made him a supreme leader and the greatest king that Israel ever had.

When Daniel was living in captivity in Babylon, he was obedient to the point of losing his life if necessary. He refused to bow to the king and ended up in the lion’s den. He refused to eat the king’s diet and ended up in much better health than those who didn’t. Daniel was first and foremost concerned about living in obedience to God’s laws and had no fear of man, even the great King of Babylon, Nebuchadnezzar. To God, obedience is better than sacrifice (1st Sam 15:22) and that’s a mark of a great leader.

Paul was perhaps the greatest missionary the world has ever known. He likely suffered more than any other Christian and only Christ suffered more at the hands of sinful men. Even so, Paul thought that his suffering was important because he was sharing in the sufferings of Christ. Paul saw the benefits of suffering as he wrote “For as we share abundantly in Christ’s sufferings, so through Christ we share abundantly in comfort too” (2nd Cor 1:5). Paul traveled by foot over 10,000 miles and was beaten, tortured, stoned, imprisoned, and more than once, left to die but great leaders have to suffer as Peter testifies “rejoice insofar as you share Christ’s sufferings, that you may also rejoice and be glad when his glory is revealed” (1st Pet 4:13).

Nehemiah was truly a great leader as he faced all sorts of obstacles as he was rebuilding the walls of Jerusalem. In the first place, he was the cupbearer to King Artaxerxes, which was a high position of authority. Even though he was fearful at appearing sad before the king because this could mean certain death, he still sought help to rebuild the walls Jerusalem. By doing so, he risked his life. Great leaders must possess courage and not be afraid of what others think or what others might do. He faced opposition from nations around him and from within his own nation but still managed to rebuild Jerusalem in fifty-two days!

Deborah was the only female Judge that Israel ever had but she may have been one of the most courageous. During the time of the Judges, when everyone did what was right in their own eyes (Judges 17:6, 21:27), Deborah stood head and shoulders above everyone else. Israel was oppressed by Jabin and his armies for 20 years and appeared to be undefeatable. Israel’s armies were certainly no match since they didn’t even have any weapons (Judges 5:8). Barak, in leading Israel into battle, was fearful and he would only go into battle if Deborah would accompany him and she did and by God’s hand, the superior forces of the enemy fell. Her willingness to go into battle showed that she trusted God and had no fear of others but only feared God. Courage is exactly what great leaders need.

Peter denied Jesus three times during His illegal trial. He even swore profusely to prove that he was not a disciple of Christ. Even so, Peter bounced back after he repented and was restored by Christ. Peter’s great sermon on the Day of Pentecost is one of the greatest sermons in the Bible and he convicted the crowd to repent and turn to Christ and as a result, “those who received his word were baptized, and there were added that day about three thousand souls” (Acts 2:41). His early leadership of the church was vital in the early days as the church grew rapidly. Pete was a rock; he was a rock of offense to the Jews but he was a rock in his faith to those who believed.

Every great leader must possess the meekness of Moses, be a man or woman after God’s own heart, must live a life of obedience to God, must learn to suffer and suffer well, have boldness to do what they know needs to be done, have the courage to do it, and know that when they fall (not if) that they can be forgiven and restored by the grace of God.