Here are my top six Bible verses about honesty with commentary to follow.

There is little patience with God when it comes to telling lies. That is nothing short of cosmic treason and blasphemes the God Who created us in His image (Gen 1:27). Speaking the truth is not always convenient or easy but it is always the best. Jesus warns every false witness that “on the day of judgment people will give account for every careless word they speak, for by your words you will be justified, and by your words you will be condemned” (Matt 12:36-37) and those words most certainly include telling lies. God declares that all liars who do not repent and trust in Christ will have their part in the lake of fire (Rev 21:8).

Colossians 3:9 “Do not lie to one another, seeing that you have put off the old self with its practices.”

Paul is writing this command to the church because apparently some of the believers were lying to one another. Paul said that they need to “put off the old self” including the practice of lying. When we lie, we are often trying to avoid some uncomfortable situation that we’ve found ourselves in; either by our own hand or through no fault of our own but we are not give another option; we must speak the truth in love (Eph 4:15). One of the most loving things that we can do, whether it brings good or bad consequences, is to speak the truth.

Proverbs 11:1 “A false balance is an abomination to the LORD, but a just weight is his delight.”

We might be able to fool someone using false readings but “Honest scales and balances belong to the LORD; all the weights in the bag are of his making” (Prov 16:11) which is why “Differing weights and differing measures– the LORD detests them both” (Prov 20:10). It’s not the scales that God is angry at; it is the deception and deceit in the person behind it. God, in asking this rhetorical question “Shall I acquit someone with dishonest scales, with a bag of false weights” (Micah 8:11) the obvious answer is no, He will not! 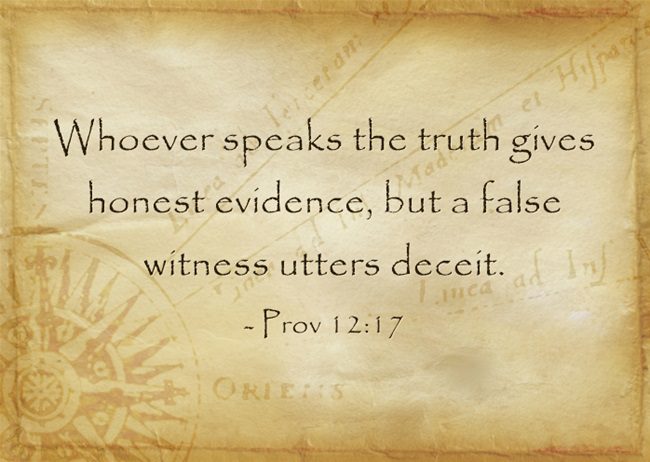 Matthew 5:37 “Let what you say be simply ‘Yes’ or ‘No’; anything more than this comes from evil.”

Jesus said this within the context of making oaths or swearing by the altar or anything like it which apparently the Jews had been doing. Jesus said this was evil. We simply need to have our “Yes” be “Yes” and our “No” be “No” and not add anything else to it like “I promise to” or “I swear by…” Jesus said “do not take an oath by your head, for you cannot make one hair white or black” (Matt 5:36) meaning you can’t ensure something will or won’t happen because we don’t even know what tomorrow might bring (Prov 27:1; James 4:13-14) or if we’ll still even be here (Luke 12:20; Heb 9:27).

Proverbs 12:22 “Lying lips are an abomination to the Lord, but those who act faithfully are his delight.”

Proverbs 19:1 “Better is a poor person who walks in his integrity than one who is crooked in speech and is a fool.”

The idea that character is more important than possessions is given in this verse because it’s better to be poor and walk in integrity or honesty than to be crooked in speech, be rich, and be less than honest. Someone who’s poor most of their life and yet lives an honest, godly life will fare better than many in the coming kingdom because they were entrusted with little but were still faithful in that little; Jesus said in Luke 16:10 “One who is faithful in a very little is also faithful in much, and one who is dishonest in a very little is also dishonest in much.”

Maybe you’ve noticed that half of these Bible verses on honesty come from the Book of Proverbs. That’s because God gave Solomon what he requested and that was wisdom beyond the reach of most. It was a godly wisdom that enables someone to discern between truth and error and to see half-truths as a whole lie, which they are. No wonder Solomon wrote “Righteous lips are the delight of a king, and he loves him who speaks what is right” (Prov 16:33) because they are delight to the King of Heaven too since God expressly commands “You shall not bear false witness against your neighbor” (Ex 20:16).

October 14, 2015
Does The Enemy Attack Pastors More Than Other Christians?
Next Post 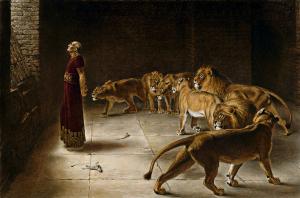