Here are seven Bible verses that deal with conviction.

John 16:8 “And when he comes, he will convict the world concerning sin and righteousness and judgment.”

Jesus was about to go to Calvary and suffer and die on a cross and so He was trying to comfort them by telling them that He would send them the Comforter or Advocate Who would truthfully guide them as the Apostle John wrote, “When the Spirit of truth comes, he will guide you into all the truth, for he will not speak on his own authority, but whatever he hears he will speak, and he will declare to you the things that are to come” (John 16:13). The Spirit of God convicts us when we sin and drives us to repentance and then we ask for forgiveness, but for those who’ve never repented, God will convict them at the Great White Throne Judgment (Rev 20:12-15).

Pilate declared him innocent; the mock trial of Jesus had conflicting evidence; and at the crucifixion, “the centurion and those who were with him, keeping watch over Jesus, saw the earthquake and what took place, they were filled with awe and said, “Truly this was the Son of God” (Matt 27:54)! Jesus was sinless and so He could honestly say, “Which one of you convicts me of sin?” No one could and none can now but unbelievers who can only mock about that which they have no clue about concerning the historicity of Jesus’ existence, death, and resurrection. Jesus is the most written about Man in human history. Historical de-constructionists cannot re-write historical facts and make Him non-existent. Their erasers cannot reach back into time.

James 2:9 “But if you show partiality, you are committing sin and are convicted by the law as transgressors.”

James wouldn’t have written this if there had not been at least some partiality shown to the rich. In fact he wrote that “if a man wearing a gold ring and fine clothing comes into your assembly, and a poor man in shabby clothing also comes in, and if you pay attention to the one who wears the fine clothing and say, “You sit here in a good place,” while you say to the poor man, “You stand over there,” or, “Sit down at my feet,” have you not then made distinctions among yourselves and become judges with evil thoughts” (James 2:2-4)? God doesn’t show partiality and neither should we (Acts 10:34; Rom 2:11). 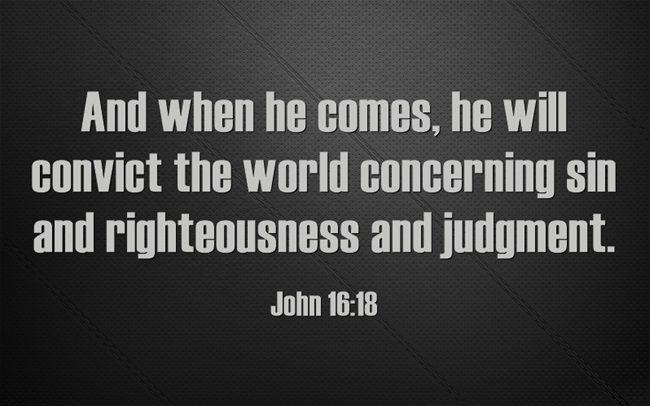 Jude 1:14b-15 “Behold, the Lord comes with ten thousands of his holy ones, to execute judgment on all and to convict all the ungodly of all their deeds of ungodliness that they have committed in such an ungodly way, and of all the harsh things that ungodly sinners have spoken against him.”

Jude identifies some of these ungodly people as “grumblers, malcontents, following their own sinful desires; they are loud-mouthed boasters, showing favoritism to gain advantage” (Jude 1:16) so the judgment that Jude writes about does not concern the church but those who have the wrath of God abiding on them by rejecting Jesus (John 3:36b).

Acts 2:37 “Now when they heard this they were cut to the heart, and said to Peter and the rest of the apostles, “Brothers, what shall we do?”

Peter’s sermon on the Day of Pentecost may have been his greatest or one of the greatest in the Bible but the conviction they felt after recognizing that they had murdered an innocent Man, Jesus Christ, made them ask the question, “Brothers, what shall we do?” Peter tells them exactly what they must do to be saved; “Repent and be baptized every one of you in the name of Jesus Christ for the forgiveness of your sins, and you will receive the gift of the Holy Spirit” (Acts 2:38).

Romans 2:5-6 “But because of your hard and impenitent heart you are storing up wrath for yourself on the day of wrath when God’s righteous judgment will be revealed. He will render to each one according to his works.”

Here is one of the rare exceptions in the Bible where there are verses written specifically to unbelievers. We know that “God has not destined us for wrath, but to obtain salvation through our Lord Jesus Christ” (1st Thess 5:9) so the wrath that the Apostle Paul is writing about is for those who have hardened their impenitent heart, meaning their heart is so hardened by their will to disobey, they are now just storing up wrath for the Day of Judgment “when God’s righteous judgment will be revealed,” and for good or bad, everyone will receive everything they deserve for what they’ve done in life.

If you are convicted of your sin, you should know that’s the work of the Holy Spirit but for those with no conviction, they can only have regrets, sorrow, and remorse for their past. Paul writes “blessed is the man against whom the Lord will not count his sin” (Rom 4:8) which is about what David wrote about in Psalm 32:2 where he wrote “Blessed is the one whose transgression is forgiven, whose sin is covered. Blessed is the man against whom the Lord counts no iniquity, and in whose spirit there is no deceit” (Psalm 32:1-2). These have had their sins taken away but those who haven’t will be found guilty, convicted, and judged (Rev 20:12-15) so I pray you will turn to Christ today, while we can still call it “today” (2nd Cor 6:2). 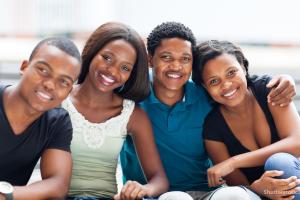 Evangelical
How Joy Is A Source of Strength
Christian Crier

Evangelical
How The Trinity Works In Our Salvation
Christian Crier 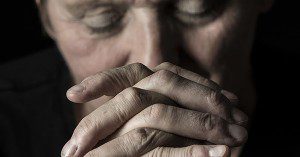 Evangelical
Oh Christian, Where is Your Joy!?
Christian Crier
TRENDING AT PATHEOS Evangelical