What Are Some Examples Of Religious Cults?

Here are a few examples of religious cults.

What is a Cult?

One cult expert defined a cult as “a highly manipulative group which exploits and sometimes physically and/or psychologically damages members and recruits.” [1] The world defines a cult as any particular group’s beliefs and practices that are sufficiently deviant or novel from that of the mainstream and often have ambiguous laws or requirements, so making a precise definition of a cult is rather difficult. Former members describe the cult that they trapped in as a tight-knit group that followed and never deviated from the leader who is often very charismatic yet authoritarian. Two former members of a cult said that the leader caused the members to lose almost all of their privacy, personal property, and civil rights. Some describe Mormonism as a cult. Others see the Jehovah Witnesses as being one, but any so-called church or “Christian” organization that claims to have the truth that no one else has, but ignores biblical truth, could well be a cult. One thing that most cults and the world’s false religions have in common are that they both require works which is absolutely contrary to the biblical doctrine of the free gift of grace by God that no works could ever merit (Eph 2:8-9). Eternal life is always a free gift; if it involves works and if it does, you don’t have the gospel that the Bible teaches.

Reverend Sun Myung Moon, founder of the Unification Church, is one of the world’s largest cults. At least it used to be. The adherents or followers are extremely focused on political activism and seek to change and are unabashedly anti-Communist and pro-American but this is only part of what has recently been called the NRM or the New Religious Movements. This false teacher teaches that Christ was crucified before he was able to fulfill his mission of marrying and having perfect children so Moon saw himself as the Messiah but perhaps the most obvious and glaring of all of Moon’s false teachings are that he is the second coming of Christ, which is completely unorthodox theology. 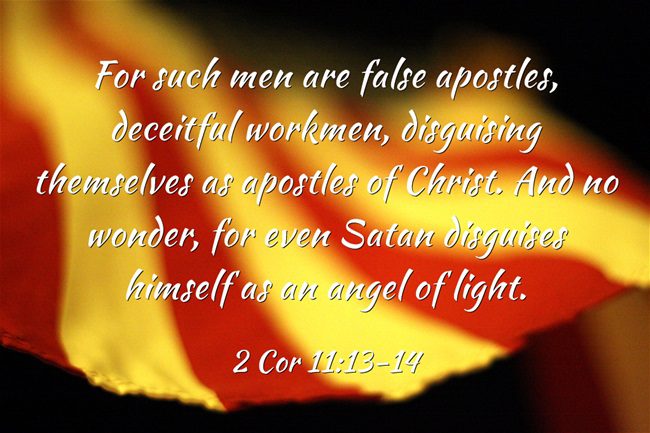 Bhagwan Shree Rajneesh came to the U.S. in 1981 to gain a following after largely being rejected by his own nation, India. This unorthodox Indian guru promoted a “religion” of pleasure and that whatever felt good must be good. This included indulging in sex. His following became so large that Rajneesh’s followers built their own town in Oregon and wanted to so influence the Wasco County court system that the Rajneesh’s sent in 2,500 of their residents to the town of Dalles to have them all be registered as voters so that they could take over the county by electing their own people. They went so far as to sicken 750 residents by poisoning the restaurant’s food to keep them from voting.

The Children of God (COG) began in 1968 in Huntington Beach, California and the earliest converts came from the hippies and Jesus Movement of the late 60’s and early 70’s. Their method of evangelism was anything but normal. They called it “Flirty Fishing” because they used sexual enticement to draw people in to hear the gospel, using sex to show God’s love and mercy. David Berg, the founder, came to be referred to as Moses after moving to Arizona in, convinced most of the “Children of God” to sell their houses, their properties, and their possessions to donate them to the communal center that was called Berg’s House, but there were dozens of accusations of child sexual abuse since this group, or this cult, was so focused on free sex, including having open, sexual relations with others but when the children became involved, it would mark the end, for the most part, of the Children of God. After Berg’s death in 1994, it became known as The Family and later went international and was changed to The Family International.

Any religion that teaches that there is salvation by works or by any other method or person but Jesus Christ, is a religion that is straight out of hell because Jesus Christ is the one and only way that we can be saved (Acts 4:12). If they don’t believe in the free, unearned gift of grace from God then it’s time to leave that church because no one can be saved by works, chants, or even offering your body (Eph 2:8-9). Remember that Satan has his own ministers behind the pulpits and “Satan disguises himself as an angel of light” (2nd Cor 11:14) so just because someone looks good on the outside, is a powerful, charismatic speaker, and potent persuader, if they don’t have the right gospel, then they’ve got the wrong Savior, and that’s going to be the worst of all news on Judgment Day (Rev 20:12-15).