Who Was Watchman Nee?

Who was Watchman Nee and why is it important that we know about him?

Watchman Need was a somewhat controversial author and Christian teacher who taught very questionable beliefs and has led many into error, yet his fame spread worldwide last century. Watchman Nee or Ni Tuosheng (November 1903-May 1972) was one of nine children born to Lin He-Ping and Ni Weng-hsiu, who the latter, happened to be a highly respected officer in China’s Imperial Customs Service. Both of Nee’s parents were baptized and members of the Methodist Church, a very conservative church at the time of the early 20th century. When he was only 13, Nee entered the Church Missionary Society to begin his Western-style education. After he entered Trinity College in Fuzhou, China, the teachers were stunned by his intellect and ambition and his test scores consistently placed him at the top of his class. His mother, a Methodist convert, changed his name from Nee Shi-Tsu to “Bell Ringer” or in the native tongue, “Watchman,” thus his name became Watchman Nee.

When Nee was only 17, he attended a ten-day revival of the Church of Heavenly Peace in Fuzhou and that was where the stirrings within his soul for soulwinning began. It was on the night of April 28th, 1920 that he saw the heavy weight and severe penalty of his own sins and that his sins had placed him in the path of God’s wrath. That was when he cried out to God and claimed to believe in God for the very first time. He had read about but had never fully comprehended the thorough cleansing that the blood of the Lamb of God could bring. He quickly began to witness to his classmates in college as many had never had a real conversion before. Nee wanted to fix that gap and, at one time, he had a list of 70 students for whom he would pray for on a daily basis. He had caught the bug of evangelism at Trinity College but more so at the revivals in 1920 at the Church of Heavenly Peace. 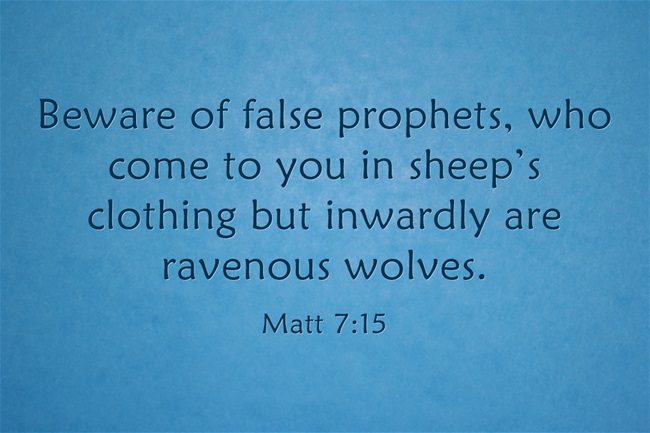 Later in Nee’s life, he began to believe and teach things that were extra-biblical and highly questionable. This path to error began when he attended a Bible school in Shanghai and came under the influence of a female teacher, Miss Yu. Miss Yu then directed him to Miss M.E. Barber who taught him the Keswick concept of the filling of the Spirit and in February 1922, claimed he was “baptized in the Spirit.” After being exposed to the teachings of John Darby he rejected all other clergy preaching from the other churches, seeing them as apostate in their duties of teaching biblical truths. Adopting yet another person’s beliefs, he was then influenced by Elizabeth Fischbacker who introduced to him the idea that speaking in tongues were evidence of the Holy Spirit’s presence, even though the Bible teaches no such thing.

Many believed in Watchman Nee’s teachings, but slowly and surely, his teachings began to unravel when placed against Scripture. It seemed that every time Nee would meet someone with different beliefs, he would incorporate their beliefs into his own philosophy, often claiming it as his own. It was like a smorgasbord where he could pick and choose some of this and some of that but excluding those things that are explicitly taught in Bible those things that he didn’t especially like. He began to see emotionalism as the evidence of conversion, saying that the Spirit only flows through the channel of emotions. Nee never let theological certainty or clarity to stand in the way of his preaching and thus, there was his downfall. He was right on the gospel but it was the non-essentials that he made into essentials. He believed all denominations were in error and very sinful but without a sufficient explanation as to why. At times, Nee would place “spiritual experiences” above that of the written word. His “two-tiered” teachings were that some had been sanctified by letting Christ live in them while others were obviously false converts. He looked at the outward actions and response of individuals as evidence of an inward conversion.

When Mao-Tse Tung came to power in 1949, Nee was seen as an imperialist since he was a factory owner, and was imprisoned until his death in 1972. Some believe his tongue was cut out so that he would no longer preach. He once asked, “Do you not realize that edification is not a question of doctrine, but of spirit? If your brother speaks through his spirit, you will be washed and cleansed each time his spirit comes out and touches you.” [1] He taught that any teaching of doctrine which does not result in reviving the spirit can only be considered as dead letter, and on that, he may be right.