Spiritual Attacks: Who They Attack And Why

How do demons or Satan attack God’s people? What are their specific tactics? Who do they go after and why?

Why do demons attack? What does the Bible say is the reason? May I suggest these six reasons to begin with? Demonic or spiritual attacks come from, studying the Word, teaching the Word, obeying the Word, sharing the Word, and growing in the Word.

For one thing, we’re not battling an enemy that we can see with our eyes since “we do not wrestle against flesh and blood, but against the rulers, against the authorities, against the cosmic powers over this present darkness, against the spiritual forces of evil in the heavenly places” (Eph 6:12). These demons of darkness are opposed to the gospel of Jesus Christ and will do anything they can to prevent people from being saved, and they will do all that they can to make you lose your testimony or not share your faith. Maybe you’ve noticed that frequently, demons will work through unbelievers to attack, insult, degrade, and persecute those who do believe, even though believers don’t attack non-believers because they don’t believe. At least it is rare, but unbelievers will say they don’t believe in God or Jesus Christ, but the truth is, what they believe does not change what is true, so demons are a real and present danger. Take Daniel’s example. Daniel had prayed to God but it took three weeks for the angel of God to deliver the answer to his prayer. Why?   The angel told Daniel that “The prince of the kingdom of Persia withstood me twenty-one days, but Michael, one of the chief princes, came to help me, for I was left there with the kings of Persia” (Dan 10:13). Michael, as one of the chief princes of the angels, said he had to come to ensure Daniel’s answer to his prayer went through. Apparently, they were fighting the “prince of Persia,” most likely a very powerful demon angel (SATAN?). Demons are simply fallen angels who choose to follow Lucifer’s rebellion and have joined with the prince of darkness to interfere in any way possible with the plan of salvation, and that includes attacking Christians…even if they have to use other people to do it (and they do!).

Whether you believe in them or not, demons are a real, but if I hear someone say that “Satan is attacking them or harassing them,” and then about a dozen others say the same thing, at about the same time, my question is, is it Satan or a demon? I have to think that they are probably going through spiritual attacks but it’s likely not Satan but his minions. That’s because Satan is not omnipresent like God is. He cannot be in more than one place at the same time, and it’s not like Jesus and Satan are in an arm-wrestling match! No. He’s done! He was defeated at the cross, so today, there are only skirmishes left from a defeated foe. As a created being, Satan can only be in one place at a time; therefore they are likely dealing with demons and not Satan since he most likely spends his time on the most effective evangelists, teachers, preachers, missionaries, but also world leaders and powerful businesses. 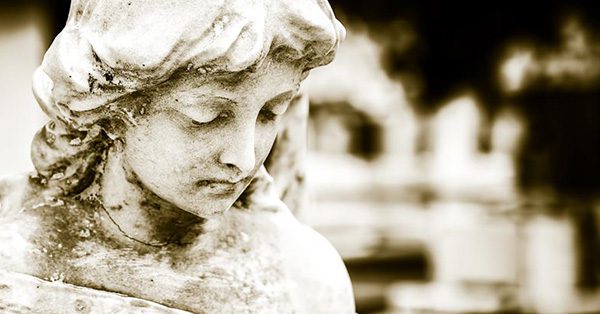 The Apostle Paul reminds believers that “you were dead in the trespasses and sins in which you once walked, following the course of this world, following the prince of the power of the air, the spirit that is now at work in the sons of disobedience” (Eph 2:1-2), and those still not quickened by God’s Spirit are under this same influence, whether they admit it or not, so “even if our gospel is veiled, it is veiled to those who are perishing. In their case the god of this world has blinded the minds of the unbelievers, to keep them from seeing the light of the gospel of the glory of Christ, who is the image of God” (2 Cor 4:3-4). Christ-followers are the enemy’s primary target because we are the ground forces deployed behind enemy lines, infiltrating the enemy’s territory. But….we are fighting forces more powerful than we are, which is why we need the full armor of God (Eph 6:11-20). That’s because “we do not wrestle against flesh and blood, but against the rulers, against the authorities, against the cosmic powers over this present darkness, against the spiritual forces of evil in the heavenly place” (Eph 6:12)! The demons focus on those who are entering enemy territory…bringing the gospel into the community, the town square, on the streets, into prisons, into the nursing homes, and just about any place that there are people, and that’s the mission of our church, however, demons will not waste their time on silent, underground, private-eye Christians who might look more like “pew potatoes” than believers who are living out the Great Commission (Matt 28:19-20; Acts 1:8)?

Demons would love to fill your head full of doubts. Demons will also try to persecute you, even using others to bring about railing accusations, false rumors, profanity-laced tirades, insults, name calling and flat out lies against you. The Devil’s name means slanderer, and that’s what he’ll try to do with your good name, but he and the demons will use others to do the same thing. The Apostle John writes that Satan is “the accuser of our brothers has been thrown down, who accuses them day and night before our God” (Rev 12:10b), so he is constantly accusing us of sin, 24/7, but tragically, demons may even use other professing Christians to persecute you over non-essential doctrines (tongues, the rapture, the millennium, etc.). If the enemy can get the church to fight…unbelievers will see no difference between us and the world, and listen how subtle they are regarding sin. The Devil whispers, “Go ahead, it’s not that bad, everyone else is doing it,” but then after you do sin, he accusingly and condemningly says, “How could you call yourself a Christian and do that!?” By the way, Satan is right. We are all guilty of sin since we’ve been saved. The difference for us is when “we confess our sins, God forgives us and then cleanses us from all of our unrighteousness” (1st John 1:9), but as Dr. Irwin Lutzer once said, “When Satan reminds you of your past, remind him of his future” (Rev 20:11). Christ-followers can say with all authority, they “have conquered him by the blood of the Lamb and by the word of their testimony, for they loved not their lives even unto death” (Rev 12:11). Even so, demons will try to make you feel hopeless, lost, depressed, without purpose, that you’re in the wrong place, stressed and distressed, and that God can’t use you, but remember the Devil is a liar, and the only time you can believe him is when he says he’s lying, so they will try to destroy your faith and testimony, because if they can, they will silence your sharing Christ.

There is more to come in a later article about how demons attack in specific ways, and ways that might be unique to you, but there is one thing Satan or the demons cannot do, and that is snatch us out of Jesus or the Father’s hand (John 10:28-29), because “There is therefore now no condemnation for those who are in Christ Jesus” (Rom 8:1), so “in all these things we are more than conquerors through him who loved us. For I am sure that neither death nor life, nor angels nor rulers, nor things present nor things to come, nor powers, nor height nor depth, nor anything else in all creation, will be able to separate us from the love of God in Christ Jesus our Lord” (Rom 8:37-39).

January 17, 2018 What Did Jesus Mean, “You Are The Salt Of The Earth?”
Recent Comments
258 Comments | Leave a Comment
Browse Our Archives
Follow Us!

Demons!-- Part Five
BEN: Let’s talk for a minute about what I will call the...
view all Evangelical blogs
What Are Your Thoughts?leave a comment
Copyright 2008-2020, Patheos. All rights reserved.