Maybe you’ve heard of the Blood Moon Prophecy. If so, I want to debunk this as coming from man and not from God.

What is a blood moon? Is it mentioned in the Bible? Are we to expect a blood moon just before Jesus returns? On January 31st, 2018, astronomers will be watching what is called a “super blue blood moon.” The blood part of the super blue blood moon is not related to end time events or prophecies but it’s actually related to the lunar eclipse.   A blue moon is a full moon that occurs within the same but, but a blood moon happens during a lunar eclipse. The only light reflected off the moon’s surface during a lunar eclipse is that which reaches it through Earth’s atmosphere. Particles in the atmosphere scatter and bend light, and that’s what gives the moon its reddish hue, so the moon appears reddish in color, and this gives rise to what is called a “blood moon,” but is also gives rise to every kind of false prophet to predict or prophecy doom, however I must say that these prognosticators are looking for the wrong signs of Jesus’ return. Astronomers refer to a blood moon only looking red due to the dispersed light, and the light is then refracted back onto the moon’s surface which gives it the reddish color. That’s what a blood moon is.

It was on the Day of Pentecost where the Apostle Peter referred to, in a sense, a blood moon, but it was in the context of Jesus’ return. Peter mentions Joel’s prophecy that “In the last days, God says, I will pour out my Spirit on all people” (Acts 2:17), adding that “The sun will be turned to darkness and the moon to blood” (Acts 2:20a), which is to occur “before the coming of the great and glorious day of the Lord” (Acts 2:20b). So how long will that be before it happens? We don’t exactly know because this was part of Joel’s prophecy (Joel 2) where God was to “show wonders in the heavens above and signs on the earth below, blood and fire and billows of smoke” (Acts 2:19). Regarding the pouring out of God’s Spirit, this prophecy has already come to pass, and yet many self-proclaimed prophets are predicting doom and gloom for this world using this blood moon prophecy (multiple times) and other scriptures in the Bible referring to a day that is yet to come. Who’s right? Is it Peter or today’s self-proclaimed “prophets?” Had it already happened or is it still ahead of us? How long of a gap was there to be between the blood moon and the coming of Christ? Geoff Gaherty said he was saddened that “prophets of doom… view these life-enriching events as portents of disaster,” and said the eclipse was “hardly something to be concerned about.” [1] 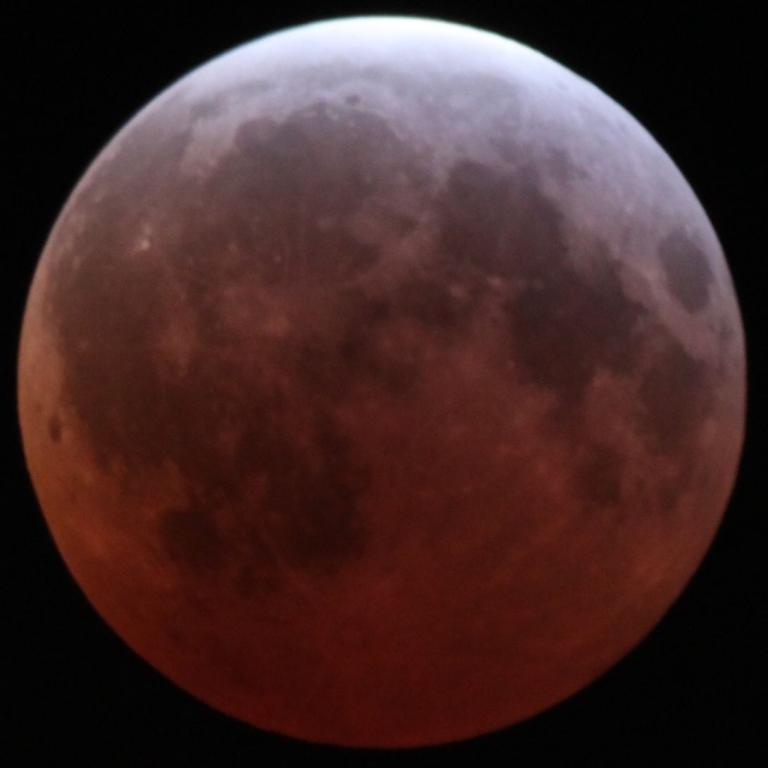 The prophecy mentioned by the Apostle Peter in Joel chapter 2 seems to focus more on those in Jerusalem where God poured out His Spirt than it does the end of the world. Joel wrote, “And it shall come to pass that everyone who calls on the name of the Lord shall be saved. For in Mount Zion and in Jerusalem there shall be those who escape, as the Lord has said, and among the survivors shall be those whom the Lord calls” (Joel 2:32), and it wasn’t that many years later (in A.D. 70) that those in Jerusalem had to run for their lives during the Roman Empire’s destruction of Jerusalem, and “the survivors [were to be] those whom the Lord calls,” meaning Christians, but history shows us that not all of them escaped. Isaiah the Prophet seems to write about the very same coming destruction of Jerusalem in Isaiah 13:9-10, writing, “Behold, the day of the Lord comes, cruel, with wrath and fierce anger, to make the land desolation and to destroy its sinners from it. For the stars of the heavens and their constellations will not give their light; the sun will be dark at its rising, and the moon will not shed its light.” During the destruction of Jerusalem, dark clouds covered the whole sky and nearly blocked out the sun and the moon, so that might be the explanation for Joel and Isaiah’s prophecy about God’s judgment, because the moon might give the appearance of a reddish hue due to the smoke of the fires. Could this be what Joel was referring to when he wrote “And I will show wonders in the heavens and on the earth, blood and fire and columns of smoke” (Joel 2:30), and where Peter said there will be “blood, and fire, and vapor of smoke” (Acts 2:19b). All three of those things mentioned by Peter happened in Jerusalem in 70 A.D.

The truth is, there have been hundreds of blood moons in the last few thousand years, and nothing has changed, although the super blue blood moon is rare.  The last one came in 1866, but there is no connection to these blood moons and biblical prophecy.  Many a blood moon has come and gone, and the Day of the Lord has still not yet occurred? Are we looking at the blood moons more than what biblical prophecy says about Jesus’ second coming? In short, yes!  Jesus said it is pointless to try and guess what day He will return. It’s not for us to know, meaning it’s none of our business to know the day and the hour of His return (Matt 24:36), so as Jesus said, “It is not for you to know times or seasons that the Father has fixed by his own authority” (Acts 1:7), so it’s actually disobeying Christ to try and predict a specific day and hour or year of Jesus’ second coming. So, why do some pastors or teachers get so fixated on something they’re not supposed to know anyway, beside the fact that they cannot know!? It sells books…lots of books. So, I ask, “Why didn’t Jesus return during the blood moon of 2015 or the hundreds of the others that came before that?” It’s because it is a sign of the end times, but it is not a blood moon that’s related to a lunar eclipse.  Joel’s prophecy has nothing to do with lunar eclipses but about what happens prior to Jesus’ return, and Peter’s Day of Pentecost sermon had more to do with the outpouring of God’s Spirit than it did the end of the world. False prophets and failed prophecies are nearly as old as the blood moon itself.

It may be that Joel’s prophecy referred to an eclipse visible only in Israel, and just before the second coming of Christ, but it could refer to the Lord’s coming judgment of the Jewish nation which murdered Christ. The Lord’s judgment did come on Jerusalem in 70 A.D. due to Israel’s rejection of Jesus Christ as the Messiah, and the many blood moons that have come and gone since the time of Christ, and the dozens of times the sun has been turned to “sackcloth” due to wars or volcanic activity, have not seen the return of Jesus. Perhaps the sun and moon will be obscured on a global scale prior to Jesus’ return, and not be just another random lunar event. Even so, we’ll likely hear about another blood moon prophecy somewhere that portends disaster, but the disaster will come upon those who try to use this prophecy as a sure sign of Jesus coming. Is Jesus coming again? Absolutely? Can we know when? No. We cannot know the day or hour or year of Jesus’ return, and blood moons can’t help us to know when it will occur. Jesus reminds us, “concerning that day and hour no one knows, not even the angels of heaven, nor the Son, but the Father only” (Matt 24:36). What we know for sure is that He will come at a time when no one expects Him, as “the master of that servant will come on a day when he does not expect him and at an hour he does not know” (Matt 24:50).