Does it seem that more and more attention is being focused on the gifts of the Holy Spirit and less and less on the fruits of the Spirit?

The New Apostolic Reformation that is sweeping across the world has made many people re-think the gifts of the Holy Spirit. There is suddenly a new focus on gifts and it’s moved from God dispensing gifts as He purposes, to trying to acquire these gifts either by baptism, the laying on of hands, or even learning how to use their gift in a class. The most troubling part however is the latter…where there are classes that teach you how to receive the gift of divine healing, and this, despite the fact that God does the healing and He chooses whom to heal and whom He will work through. Of course, God still does use people as a means to heal some, but it not by their power but by God’s Spirit, and it must not be in accordance to the will of man as they suppose; it must be according the will of God. Instead, what we see is they’re trying to heal everyone that they come in contact with, whether they believe or not. There is no mention that I’ve seen where people are told they must repent and believe, which is the very gospel Jesus brought (Mark 1:14-15). Rather, they are praying for man’s will to be done on earth and in heaven, rather than praying and working for God’s will to be done on earth as it already is being done in heaven (Matt 6:10). Prayer is not trying to get our will done on earth, but God’s will done on earth. Our wills are marred by sin; God’s will is always perfect and best for us (Rom 8:28). 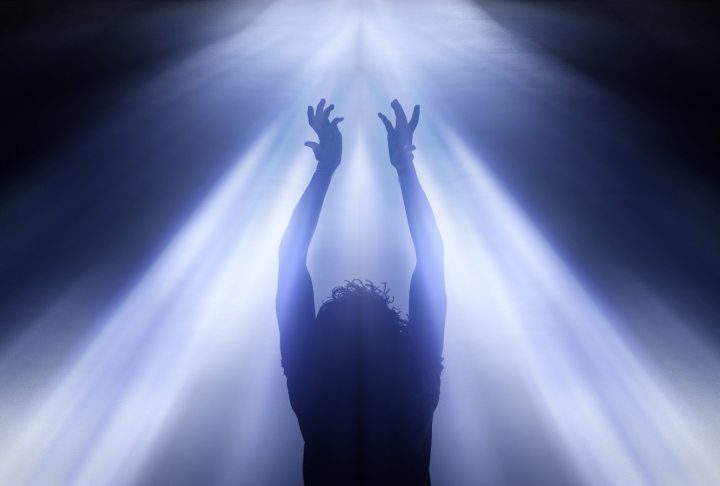 Over the years, I’ve had some very interesting conversations with believers who speak about their gifts of the Holy Spirit as evidence that they are saved, but a select few have become almost obsessed with their gifts, almost flaunting them before others, but this was one of the problems with the church at Corinth. Members were ranking themselves over others because they were coveting the “best gifts” and felt superior to others because they had been given certain gifts that others hadn’t, but the point is they didn’t acquire these gifts so they had no reason to boast. The Bible teaches that “All these are empowered by one and the same Spirit, who apportions to each one individually as he wills” (1 Cor 12:11), so it’s not up to the individual to boast that they have such and such a gift, but they ought to give glory to God Who gave these gifts at it pleased Him and not them. Not long ago, one man asked if I had been baptized in the Spirit and spoke in tongues, adding, “If you have not spoken in tongues you have never been saved.” I asked the man for chapter and verse to back up his statement but he never did answer me back. Besides, God alone knows the heart (1 Sam 16:7).

Fruits of the Spirit

Jesus once said that they will know you by your fruits (Matt 7:15-20). Never did Jesus or any of the other apostles indicate we will know them by their gifts. Even Satan can bring certain powers of darkness but that doesn’t mean he’s “filled with the Spirit,” so why the emphasis on gifts and not fruits? Because gifts can bring attention and draw large numbers of people (i.e. the Last Reformation), but this is just the opposite of the way Jesus’ ministry worked. After healing someone, Jesus would often say, “Tell no man” (Matt 8:4, Mark 7:36). I doubt He’d have taken a selfie of Himself and the patient and then post it YouTube. Sadly, many who are charismatic don’t understand that “God arranged the members in the body, each one of them, as he chose” (1 Cor 12:18), and not what they chose. God decides who receives certain gifts of the Holy Spirit, not us! One example is the Last Reformation which teaches or trains students how to heal, but can we be trained to heal or does God choose to heal whom He wills? On one website, they offer classes for healing as they “provide instruction and practical training in healing the sick” [1], however this is contrary to Scripture and the way God works by His Spirit, as it says, “God was doing extraordinary miracles by the hands of Paul” (Acts 19:11), and not as some claim that they are the ones doing the extraordinary miracles. When they attend these classes and focus on the gift of healing, it’s as if Jesus rebukes them from over 2,000 years ago, saying, “An evil and adulterous generation seeks for a sign, but no sign will be given to it except the sign of Jonah” (Matt 6:14). It wasn’t the apostles who actually did the healing, and never once did they attend a healing class (or a kick start). They understood that “God had done through them among the Gentiles” (Acts 15:12), and not them by themselves.

An evil and adulterous generation seeks for a sign.

Years ago I went to one church that was charismatic and the entire service was nothing but the preacher trying to preach while about a dozen or more spoke in tongues. There was no one to interpret, so it was a mass of confusion trying to hear the preacher. As I sat there, it almost appeared that they were worshiping the gifts more than the Gift Giver, and instead of worshiping God, they were worshipping the tongue…their tongue! I thought, “Why don’t they just erect a giant tongue and place that on the altar?” We know that God is not the author of confusion, so it was hard to tell whether God was even present. I couldn’t tell whether His Spirit was there or not. There was so much activity and speaking that it was like attending a sporting event. Dozens were speaking at the same time so nothing could be understood, and why didn’t they ever mention Jesus or preach out of the Bible?

How will they know we are Jesus’ disciples? Is it by our gifts or our speaking in tongues or being baptized in water? No, Jesus said, “You will recognize them by their fruits” (Matt 7:16a), not by their gifts. You will not know them by their gifts or by their miracles or by their tongues. Jesus said it is by their fruits that you will know them, not by their gifts, but also it will be by our love for one another that others will know we are His disciples (John 13:34-45). For some reason, we want to flaunt the gifts of the Spirit in front of others (or on You Tube) while ignoring the fruits of the Spirit, and it’s almost as if we’re worshipping the gifts and not the Gift Giver. Where is Jesus in all this? Oh that’s right…speaking and teaching about Jesus doesn’t get as many page views or sell as many books as seeking miraculous gifts, but is He not to be the main focus of worship? Why then do we come dangerously close to worshiping the gifts rather than the good God Who dispensed these gifts, and as He sees fit, not we? It’s far too easy to rob glory from God and put the focus on the person with gifts, but that’s not a good thing to do at all because God will not share His glory with another (Isaiah 42:8).

February 26, 2018
Is The Health Insurance Industry Killing Americans?
Next Post

March 2, 2018 Why Failure Is The Best Teacher
Recent Comments
32 Comments | Leave a Comment
Browse Our Archives
Follow Us!

Where Is God in This Pandemic?
Roger E. Olson
Related posts from Christian Crier