Is It Possible Christians Can Blaspheme God’s Name?

The Bible speaks of blasphemy, but what does it mean to blasphemy?

Blasphemy means to take the Lord God’s name in vain and use it in a worthless manner, which includes using it as a swear word. The Bible says that God will not let anyone get away with that (Deut 5:11), but what about euphemisms like “Gosh darn it” or “Jeeze,” “Oh my God,” and some even using “OMFG?” Anytime God’s name is used in an irreverent way, including Jesus’ name, it is considered blaspheme because Jesus Christ is God. Taking God’s name in vain means to use it in a pointless, careless, or even an angry way. When we blaspheme His name, we are taking the holiest, highest name in the universe and treating it with disdain, and to profane His holy name is sin. Euphemisms are the substitution of an agreeable or inoffensive expression for one that may offend or suggest something unpleasant, so even if we use a euphemism for God’s or Jesus’ name, we are profaning the name of God, and as I wrote, that is a serious thing to Him. I wonder how people would like it if someone used their mother’s name as a swear word, or their wife or husband’s name as a curse word? I believe most people wouldn’t like it very much, so imagine how a holy, perfect, and just God feels when we use His name as a swear word or use it in a vain or worthless manner? 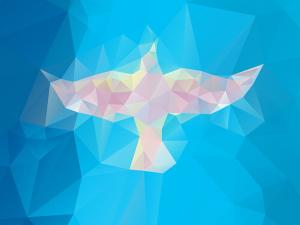 Perhaps the greatest disparaging of God’s holy name is with the innocent-sounding and much used expression “Oh my God!” Sometimes it is abbreviated as OMG in texts, emails and on social networks, but now it’s even worse as we see OMFG, and you don’t need much of an imagination to know what that means. This is clearly using His name in vain, and in the strictest sense, He considers that blaspheme. Today, “Oh my God!” is one of the most frequently used expressions in society, and sadly, even among Christians. This should never be so. Everyone has their moments, but to be continually using God’s name in an irreverent way is not just a “slip of the tongue,” it is blaspheme, or the careless use of His holy name.

Deuteronomy 5:11 says, “You shall not take the name of the LORD your God in vain, for the LORD will not hold him guiltless who takes his name in vain.” This is first mentioned in Exodus 20:7. At the time, it was a crime punishable by death. When Jesus was tried illegally, He was actually accused of blaspheme because He said “you will see the Son of Man seated at the right hand of Power and coming on the clouds of heaven.” Then the high priest tore his robes (which broke the law) and said, “He has uttered blasphemy. What further witnesses do we need? You have now heard his blasphemy” (Matt 26:64b-65). Jesus could not commit blaspheme because He is God, and yet many times the religious leaders tried to stone Him for making Himself out to be equal with God. By the way, He is God (John 8:59; 10:30-33).

Blaspheme of the Holy Spirit

Jesus said that you could blaspheme His name and it would be forgiven, but Jesus did not say blaspheming His name was not sin. It most certainly is, but He said that whoever blasphemes the Holy Spirit would not be forgiven. What did He mean by that? Who was He talking to? Does this apply to us today? Let’s read the account in Matthew 12: 22-32:

“Then a demon-oppressed man who was blind and mute was brought to him, and he healed him, so that the man spoke and saw. And all the people were amazed, and said, “Can this be the Son of David?” But when the Pharisees heard it, they said, “It is only by Beelzebul, the prince of demons, that this man casts out demons.” Knowing their thoughts, he said to them, “Every kingdom divided against itself is laid waste, and no city or house divided against itself will stand. And if Satan casts out Satan, he is divided against himself. How then will his kingdom stand? And if I cast out demons by Beelzebul, by whom do your sons cast them out? Therefore they will be your judges. But if it is by the Spirit of God that I cast out demons, then the kingdom of God has come upon you. Or how can someone enter a strong man’s house and plunder his goods, unless he first binds the strong man? Then indeed he may plunder his house. Whoever is not with me is against me, and whoever does not gather with me scatters. Therefore I tell you, every sin and blasphemy will be forgiven people, but the blasphemy against the Spirit will not be forgiven. And whoever speaks a word against the Son of Man will be forgiven, but whoever speaks against the Holy Spirit will not be forgiven, either in this age or in the age to come.” That sounds very much like this sin has no expiration date.

I hope you notice that Jesus was speaking to the self-righteous here…the Pharisees. He was not speaking to His disciples or to the crowd. The religious leaders thought that they had no sin but were wrong since all have sinned and fallen short of the glory of God (Rom 3:23). Jesus understood that they “trusted in themselves that they were righteous, and treated others with contempt” (Luke 18:9), but without realizing it, they blasphemed the Holy Spirit by accusing Jesus of using satanic powers to cast out demons, so essentially, they accused Jesus of using the power of Satan, when it was clearly the power of the Holy Spirit. That is blaspheming God since the Holy Spirit is also God. They knew better because they had seen Him heal this sick, open the eyes of the blind, make the mute speak, and even raise the dead, and still they accused Him of using the Devil’s power (Beelzebul) to perform these miracles. Clearly, they blasphemed the Holy Spirit because Jesus said that “it is by the Spirit of God that I cast out demons”  (Matt 12:28), and so they had accused the Holy Spirit of doing the Devil’s work, and that is blaspheme, and Jesus warned them, that “whoever speaks a word against the Son of Man will be forgiven, but whoever speaks against the Holy Spirit will not be forgiven, either in this age or in the age to come” (Matt 12:32). That saying “either in this age or in the age to come,” insinuates that it’s still possible to blaspheme the Holy Spirit, particularly if the work of the Spirit is referred to as the work of Satan or his minions.

If you have blasphemed God and His holy name, you can be forgiven. We are all sinners and there is no sin that is so big that cannot be forgiven. No matter how big your sin is, it’s never too big for the work that was done on your behalf at Calvary. Have a big sin? We have an even bigger Savior, and He is a big time forgiver of sins. Come today to repentance and confess your sins…even if its blasphemy…and you can be cleansed (1 John 1:9). Put your trust in Christ and God will see you as having Jesus’ very own righteousness (2 Cor 5:21). If not, then listen to what Jesus says in John 3:36 “Whoever believes in the Son has eternal life; whoever does not obey the Son shall not see life, but the wrath of God remains on him.” Don’t go there. Jesus says repent and believe (Mark 1:14-15) while it’s still today (2 Cor 6:2). Repent of your sins, confess them to God, and trust in the only name given by which we can be saved, Jesus Christ (Acts 4:12; 16:30-31). That is my prayer for anyone who is not saved and reads this.

October 15, 2018 How Can You Tame The Tongue?
Recent Comments
14 Comments | Leave a Comment
"A bank recently ruined my score through an LLC business I closed a long time ..."
Jeffrey Eiff 5 Prayers For A Cheating Spouse
"If the Koran is the Word of God, as multitudes of Muslims believe, then I ..."
John Arthur Who Was At The Last Supper ..."
"If Jesus Christ hates blacks, as you claim, then why does John 3:16 say "For ..."
John Arthur Top 7 Bible Verses About Rapture ..."
"Under Law we Live Like Daniel from the old Testament..We have Sinned (Daniel 9:5)...The 10 ..."
Daniel S What Are The Differences Between Law ..."
Browse Our Archives
get the latest from
Christian Crier
Sign up for our newsletter
POPULAR AT PATHEOS Evangelical
1