Saving the Part of Yourself That Matters Most 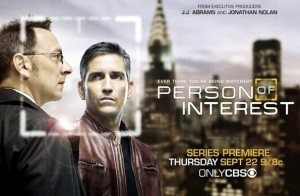 How far would you go to get revenge on someone who hurt a person you loved? That’s the question at the heart of a 2011 episode of the CBS series, “Person of Interest” titled “Cura Te Ipsum,” a Latin saying which translates to “Heal thyself.”

In case you’re not familiar with “Person of Interest’s” premise, Harold Finch (Lost’s Michael Emerson) is the creator of a machine that uses pattern recognition to identify people about to be involved in violent crimes. He recruits presumed-to-be-dead former CIA agent, John Reese (The Passion of the Christ’s Jim Caviezel), to help him stop these crimes before they happen. Both men have secrets in their past that motivate them to help others, especially Reese who has killed people in his CIA work, losing a part of his soul in the process.

In this episode, the person of interest is Dr. Megan Tillman (ER’s Linda Cardellini) who Reese and Finch believe is being stalked by Andrew Benton, an arrogant Wall Street mover-and-shaker. Benton convinces women he picks up in bars to snort cocaine with him, slips them a sedative, then rapes them. The women are too scared to implicate themselves in the drug use, so Benton gets away with the rapes. Reese and Finch soon discover that Benton isn’t stalking Dr. Tillman; she is stalking him. It turns out her sister, who was one of Benton’s rape victims, felt so devastated by the attack that she committed suicide. Now Dr. Tillman plans to take an-eye-for-an-eye revenge by murdering Benton.

Dr. Tillman never comes across as a cold-blooded killer, but she feels driven to avenge her sister. Reese senses her inherent goodness and confronts her before she can complete her plan. In a tense and emotional scene, Reese tenderly tells her, “You’re smart and you’ve been careful. You probably wouldn’t get caught. But the truth is you’ll never really get away with it…I know all about you, Megan. I know you’re a damn good doctor. I know that you’ve spent years of your life healing people. And I know if you do this – if you murder this man in cold blood – it will kill you…I know what happens when you take a life. You lose a part of yourself. Not everything. Just the part that matters the most….You’ve got to let go. You can get your life back.”

In this scene, Caviezel – the man who played Jesus – is giving some Christ-like advice to a soul that needs it. God commands us not to murder in the Ten Commandments. Jesus tells us to love our enemies. What’s the divine reasoning? Is it because we follow a “Because I said so” God? No.

The reason is that God knows us better than we know ourselves. He knows that holding on to bitterness and hate will eat away at our hearts, minds and souls. Murdering someone in cold blood, as Dr. Tillman plans to do, will destroy the part of herself “that matters the most,” the part that reflects the divine image who created us out of love. Caviezel’s character here seems to hate who he’s become. He yearns for redemption despite being unsure he can ever find it. It’s a peek into the broken man inside the tough, often violent exterior.

At the end of this beautifully played scene, Dr. Tillman follows Reese’s advice. Reese says he’ll “have a little talk” with Benton to make sure he never bothers her. And this is where an already great episode – written by series creator Jonathan Nolan and writer Denise Thé – becomes truly outstanding. Reese takes Benton, who had been drugged, to the beach house where Dr. Tillman planned to kill him and dispose of his body. After Reese confronts Benton about his crimes, this is their exchange:

Benton: What are you going to do to me?

Reese: Honestly I haven’t decided yet. Let me ask you a question. Do you think people ever really change? You hurt innocent people and, for a long time, I killed people like you.

Benton: I’ve crossed some lines, but I won’t do it again. I swear. Please, let me go.

Reese: I could let you go. But you know for the rest of your life that I’d be watching you. And if you hurt anybody, I’d stop you. Maybe you could change – and maybe so could I. But the truth is, people don’t really change, do they?

Benton: I can. And you – I don’t think that you’re going to kill me because I can see inside that you’re a good person.

Benton: Please. You don’t want to do something you’re going to regret.

Reese: Which do you think I’ll regret more? Letting you live or letting you die? Andrew, help me make a good decision.

And this is where the writers’ genius comes in. Because the scene cuts to black. End of episode. It reminds me of a point Act One screenwriting teacher and program manager, Vicki Peterson, made when I interviewed her last year about effective storytelling. She said, “What the audience does with a film or with a TV show after they watch it is just as important as what they’re doing when they watch it…It’s what God is doing in the hearts and minds of the people watching your material that is important…The way to do that is to create mystery, and to create situations where the audience can brood afterward and have something to think about.”

That’s certainly the case here because both men make good points about the brighter and darker sides of human nature -about good choices, bad choices and the possibility of redemption. I’m not usually a fan of ambiguity at the end of a story, but this time it works. We know it would be wrong for Reese to kill Benton, so we’re pulling for him not to do it. Or do we know it’s wrong and want him to do it anyway? And though most of us don’t carry our hatred to the point of murder, we sure can carry resentments to soul-destroying extremes in other ways. Are we honest enough to admit that to ourselves?

The story also presents us with a hero who can’t forgive himself for his sins, but is doing penance anyway because he’s desperate to reclaim his humanity. The advice he gives to Dr. Tillman about letting go of the past is advice he can’t quite bring himself to follow. Hence, the episode title which translates to, “Heal Thyself.”

“Person of Interest” possesses the mystery-of-the-week, action qualities of a lot of CBS shows. But through its characters complex and mysterious backstories – and its reflection of questions like ‘how far outside the law can you go and still be a good guy?’ – the show adds a dimension of morality to its storytelling. It’s not always as overt as in “Cura Te Ipsum,” but it does make this series worth watching as entertainment that also offers a little bit more.