An NBA All Star’s Greatest Legacy: Caring for a Paralyzed Teammate

Today’s post was written by The Christophers’ Jerry Costello:

If Jack Twyman did nothing in his life except play basketball, his name would be worth remembering. And, if you’re a sports fan, you probably do remember him, because he played basketball awfully well. A slender forward in the early days of the National Basketball Association, he spent his entire career with the old Cincinnati Royals and was a legitimate Hall of Famer.

Want proof? Among the jewels on his amazing stat sheet is this: he once scored 59 points in a single game. Along with Wilt Chamberlain, he was the first player (in 1958-60) to average more than 30 points per game in one season. In that record-setting year, he averaged 31.2 points per game (to Chamberlain’s 32.1). Elected an NBA All-Star six times, he trailed only Chamberlain in total scoring (with 15,840 points) at his retirement. So he was, to put it mildly, a player.

It was spelled out in Douglas Martin’s obituary for Twyman, who died on May 30 of this year, in The New York Times. When Twyman learned that teammate Maurice Stokes would be permanently paralyzed from a game injury and that no one else could take care of him, he leapt into the breach. Twyman not only became Stokes’ legal guardian; he made sure he was covered by workmen’s compensation, helped him learn how to communicate again, and raised money to take care of Stokes’ medical expenses. What’s more, he made it a lifetime commitment.

When it came to playing basketball, Stokes was hardly a slouch himself. Both he and Twyman were stars in the NBA, where he was Rookie of the Year in 1956, set a league rebounding record the following season, and three times was named to the All-Star team. But in the Royals’ final game of the 1957-58 season, when Stokes was 24, he flew over the shoulders of an opponent and hit his head on the floor. Three days later he went into a deep coma, and when he finally emerged from it could neither move nor talk. That’s where Twyman came in.

“Twyman always insisted that any teammate would have done the same,” Martin wrote in his obituary. “Others saw something special.”

And it was special. Twyman’s family joined him in his efforts; his wife became co-chairman of the Maurice Stokes Foundation (which not only raised money to help Stokes, but aided other NBA old-timers with special needs). Twyman encouraged other NBA stars to pitch in with a charity basketball tournament, which became a Catskill resort feature. And even after Stokes died (of a heart attack) in 1970, Twyman pressed for his admission to the Hall of Fame. When the long-dead Stokes was finally elected, in 2004, it was Twyman who accepted the honor for his friend.

There’s one more thing. Maybe it wouldn’t draw that much attention these days, but in 1958–when the civil rights movement was only beginning to emerge–Twyman did what he did even though he was white. And Stokes was black.

“Maurice was on his own,” Jack Twyman told the Times a couple of years ago, in an interview that summed up the whole story. “Something had to be done and someone had to do it. I was the only one there, so I became that someone.”

And that’s the story, the story of Jack Twyman. A basketball star, true–but much, much more. 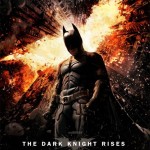 July 20, 2012 Hope, Despair, and The Dark Knight
Recent Comments
0 | Leave a Comment
Browse Our Archives
get the latest from
Catholic
Sign up for our newsletter
POPULAR AT PATHEOS Catholic
1