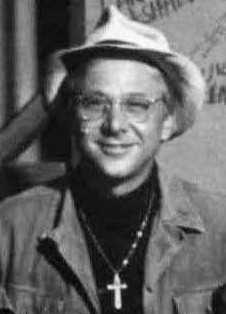 As 2016 ended, the world was shocked and saddened by the passing of many famous actors, including “Brady Bunch” star Florence Henderson, “Star Wars” icon Carrie Fisher, and soon thereafter, her mother “Singin’ in the Rain” star Debbie Reynolds. But another actor also died at the very end of the year – December 31st, to be exact – so I want to pay tribute to him since he played a Catholic priest on one of the finest shows in television history.

William Christopher became a weekly presence in people’s living rooms during the 1970s and early 80s playing Jesuit priest Father Francis John Patrick Mulcahy on the TV series “MASH.” (Until Pope Francis came along, Mulcahy was probably the most famous Jesuit around!)

Set at the 4077 Mobile Army Surgical Hospital during the Korean War, “MASH” followed the comedic and tragic goings-on amongst the doctors and nurses in a place and time that could easily be called hell on earth.

In addition to Hawkeye Pierce (Alan Alda), Colonel Potter (Harry Morgan), Radar O’Reilly (Gary Burghoff), and others, the MASH unit’s chaplain was Father Mulcahy (William Christopher), whose moral and spiritual grounding made an already-great show that much better. The show’s writers and creators deserve an immense amount of credit for developing that character and making him such a vital part of life in the 4077. But equally important was Christopher’s gentle, down-to-earth performance.

Father Mulcahy could (and still can) be seen as a wonderful role model for priests. While he may not have imparted heavy theology lessons (which we shouldn’t really expect from a situation comedy), he embodied the big two commandments of loving God and loving your neighbor. The soldiers around him weren’t all Catholic, but they trusted his wisdom and respected his beliefs.

For instance, in the episode “Dear Sis,” Radar, the company clerk, asks Father Mulcahy to give a blessing over the phone to his mother in Iowa. Actually, the blessing isn’t for Radar’s mother, but rather the family cow, who is about to give birth. Radar asks if the priest can do the blessing “in Methodist.” Father Mulcahy humbly and humorously responds, “I’m a piano player, Radar. I’ll transpose.”

Christopher put his piano playing and singing to good use in a sing-along during the episode “Movie Tonight.” His lyric? “A chaplain in the Army has a collar on his neck. If you don’t listen to him, you’ll all wind up in heck.” Then everyone chimes in, “Oh, I don’t want no more of Army life. Gee, Mom, I wanna go home!”

The impact of Father Mulcahy’s sometimes-sharp and sometimes-self-deprecating humor can’t be underestimated. Priests perform an important job wherever they are, and they need to take their work seriously. But in terms of getting parishioners to like and trust them, it’s also important that they don’t take themselves too seriously. Father Mulcahy had that quality down pat.

When Colonel Potter asks him if the nuns at the nearby orphanage have room for a young pregnant woman, the priest responds, “The first rule of orphanages and Irish families is, ‘There’s always room for one more.'”

In that episode, entitled “Yessir, That’s My Baby,” the more serious, compassionate side of Father Mulcahy is also revealed. When he discovers that the unborn child is the product of an American father and a Korean mother, he explains, “The orphanage will take her, of course, but that won’t help her much. The problems faced by the children of American soldiers and Korean women are very serious. When the people of the villages find out about them, the lives of the children and mothers become a horror. They’re outcasts. Little boys have been emasculated… and little girls, killed outright. Even in the orphanage, the other Korean children will be very cruel to her. And when she grows up, she’ll be ostracized by every segment of Korean society. This child has no future here, none at all. She’ll end up a virtual slave… or worse.”

When Hawkeye asks if there’s anyone who can help this child, Father Mulcahy answers, “Her only hope – and that’s slim at best – would be sanctuary in one of the old Catholic missions…There’s one not too far off. Armies, for centuries, have fought around it, left it untouched. The monks will keep her cloistered, educate her, and in fifteen or twenty years, working with their other monasteries abroad, perhaps they can get her out of Korea.”

Col. Potter points out that it “doesn’t sound like much of a life.” Father Mulcahy agrees, but says, “it’s the best we can do.”

The “MASH” series finale, entitled “Goodbye, Farewell, and Amen,” remains one of the most watched TV programs ever, with over 100 million viewers. Filled with poignant moments, one of the finest is when Col. Potter tells Father Mulcahy, “Well, Francis, you’ve been a godsend.”

The priest responds, “Look on the bright side: When they tell us to serve our time in Purgatory, we can say, ‘No thanks, I’ve done mine.'”

I don’t think “MASH” has ever been off the air since it wrapped up in 1983, so Father Mulcahy’s example – and William Christopher’s performance – can still entertain and enlighten us today because they are timeless. A kind and humble man of God living in a diverse society where hardship runs rampant is always relatable.

Seeing that on TV every week or every day can have an unconscious effect on viewers. It can make us respect the career (or vocation, in this case) the character represents. And maybe, we might even find ourselves reflecting that character’s best qualities in our own lives.

That’s the kind of acting legacy that William Christopher leaves behind. For that, his fans – and the God he represented on television – can be eternally grateful. 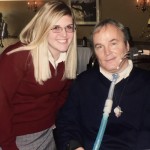