A Knuckleballer’s Faith and Heart

If you’re into baseball, you’ve heard of R.A. Dickey. And chances are good that you’ve heard of him even if you’re not. On the other hand, you’re probably not familiar with the name of Eileen Lopez of Queens, N.Y. Yet she can lay serious claim to being Dickey’s number-one fan, and I have a feeling he wouldn’t argue about it. Therein lies a story, one told first by Wayne Coffey in the New York Daily News, and as stories go this one’s a gem. Keep on reading, and see if you don’t agree.

R.A. Dickey is a pitcher for the New York Mets, a knuckleballer who’s been having a sensational season. I’ve written about him before, a year or two ago–about how he labored in the minors for many years before finding fame with the Mets in his mid-30s, and about how his slightly unorthodox faith motivates him to deliver medical supplies personally to the poor of Latin America. This story is about yet another good deed he performed, one that keeps on giving long after it took place.

It involves the aforementioned Ms. Lopez, of course, herself a serious Mets fan (despite the odds). Her husband was the late Mike Gitelson, who was already ailing when they married 10 years ago (he had struggled for a long time with Crohn’s Disease). Then Mike became sicker. A diagnosis of acute myeloid anemia led to heavy doses of chemotherapy, and his wife and a friend looked for ways to lift Mike’s spirits. The friend, who had connections with the Mets, thought he might get a team member to call Mike, by this time a diehard fan himself. And so it came to be.

The caller, early in 2011, would be Dickey himself. “He is an incredibly giving man,” Eileen Lopez said. And as Mike told her at the time, “He was the nicest man. I felt so calm talking to him.” There was more. They would be Dickey’s guests at a Mets game in June, 2011, and they received the full treatment: the dugout, the playing field, the batting cage–the works.

As Wayne Coffey reported: “Dickey and Gitelson had a long talk, focusing on Cuba, where they’d both traveled. Gitelson knew he was in the presence of the ultimate underdog, and he liked that Dickey said he’d pray for him. Even though Gitelson was not at all religious, he was open to people praying for him.”

Said Dickey: “I remember he was having some trouble, and I just tried to engage with him. I just wanted to be in the moment with him.”

“The moment” would not last long. Last winter Mike Gitelson began to experience serious difficulties, and with an immune system that was already compromised, he died this past March. He was 40 years old, and he was buried wearing an R.A. Dickey shirt.

“R.A. brought him so much joy, there was no question that’s what he wanted to wear,” Lopez said. And then, after pausing to reflect on what has happened this season, she added: “Every time R.A. pitches, I want to watch, and then I wind up in tears. I wish Mike were here so he could see this, but in some ways I really feel that he is. That’s the best part. It’s almost like Mike is a part of this.”

September 5, 2012 Happy 83rd Birthday to Bob Newhart! (and watch his classic "Driving Instructor" routine)
Recent Comments
0 | Leave a Comment
Browse Our Archives
get the latest from
Catholic
Sign up for our newsletter
POPULAR AT PATHEOS Catholic
1 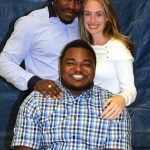 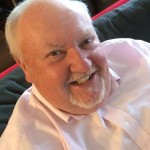 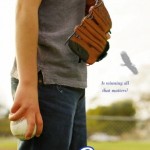