Today, Sept. 5, is the 83rd birthday of the king of deadpan comedy, Bob Newhart. A product of Chicago’s Catholic schools (St. Catherine of Siena grammar school in Oak Park, St. Ignatius College Prep, and Loyola University), he’s been bringing laughter and joy into people’s lives for more than 50 years through his stand-up comedy, best-selling albums, talk show appearances, and sitcoms including “The Bob Newhart Show” and “Newhart.” We may not automatically think of comedians as doing God’s work, but consider that the world would be a much more sour place without them.

Newhart is also a standout because he’s able to be funny and irreverent without working “blue.” In celebration of his birthday, here’s his classic routine – The Driving Instructor – which he re-enacted on “The Dean Martin Variety Show.”

Happy birthday, Bob, and thanks for all the years of laughter! (Wish him a happy birthday yourself on Twitter and Facebook.) 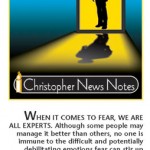