The Director and Stars of “The Hobbit” Share Thoughts on Bravery, Mercy and Tolkien’s Christianity

The Director and Stars of “The Hobbit” Share Thoughts on Bravery, Mercy and Tolkien’s Christianity December 10, 2012 Tony Rossi

The new film “The Hobbit: An Unexpected Journey” (opening Dec. 14) has got action and adventure galore, just like “The Lord of the Rings” trilogy that preceded it. But the director and actors who worked on the movie are well aware of the deeper themes that lie at the heart of the work of J.R.R. Tolkien (1892-1973), who authored all the original books, published between 1937 and 1955.

At a recent press conference about the film in New York City, Richard Armitage, who portrays the Dwarf warrior Thorin Oakenshield, said, “One of the things I find when I look into that book [The Hobbit] is a sense of Tolkien’s Catholicism, his Christianity – not necessarily in a denominational way, but in terms of his chivalric view of the world, his nobility which is expressed through kindness and mercy. It’s present in most of his characters and I find that inspiring.”

Tolkien did in fact acknowledge taking that approach in his stories. In a letter, he once wrote, “The Lord of the Rings is of course a fundamentally religious and Catholic work; unconsciously so at first, but consciously in the revision. That is why I have not put in, or have cut out, practically all references to anything like ‘religion’, to cults or practices, in the imaginary world. For the religious element is absorbed into the story and the symbolism.”

For instance, the ideal of mercy is evident in one scene between Bilbo Baggins, the titular hero, and Gollum, a threatening creature that he meets when he falls into an underground cave. Director Peter Jackson, who also helmed “The Lord of the Rings” trilogy, noted that creating this moment onscreen was a particular pleasure. Though “The Hobbit” occurs chronologically before “The Lord of the Rings,” the fact that they were shooting this prequel years after the other films allowed him to place special attention on this moment.

He said, “There was a scene in ‘The Lord of the Rings: The Fellowship of the Ring’ where they’re in the mines of Moria, and there’s a quiet moment where Gandalf is talking to Frodo about the events of ‘The Hobbit.’ He says that the pity of Bilbo rules the fate of all: meaning that Bilbo had a chance to kill Gollum but he didn’t. And the fact that he didn’t has now created the story for ‘The Lord of the Rings.’ So it was very interesting to shoot that scene and show the moment where Bilbo stays his hand – and also the reason why he doesn’t kill Gollum when he’s got the opportunity: because Gandalf insisted that ‘true courage is not about knowing when to take a life, but when to spare one.'”

The theme of courage also resonated with Martin Freeman, who plays Bilbo. Bilbo is used to a quiet, comfortable life, so going on an adventure in which he could be killed isn’t something he ever foresaw doing. But because the purpose of the journey is to return a group of Dwarves to their former home which has been overtaken by the dragon Smaug, he sees a greater purpose to it all.

Freeman noted that “The Hobbit” is a tale about a small guy who ended up being a hero. But it’s not that he wasn’t scared; he acted despite being scared. “That’s bravery encapsulated,” said Freeman.

Sir Ian McKellen, who returns as the wizard Gandalf, has a similar view of what Tolkien – and by extension, everyone who has worked on these films – is trying to convey through their storytelling. He finds it especially profound because Tolkien had endured World War I before “The Hobbit” was published, and World War II by the time “The Lord of the Rings” was complete.

McKellen explained, “The message I think that resonates in the books and films is – Yes, the world is organized by people who are extremely powerful and are concerned with the preservation of Middle Earth, but they are entirely dependent on the little guy. And [it’s impressive] that [Tolkien], who’s been through two World Wars, accepts that: that it’s not the great people we build statues to through whom the world is changed – it’s the ordinary people who measure up in the moment.”

UPDATE: My review of “The Hobbit: An Unexpected Journey.” 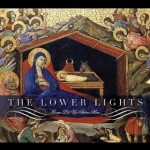 December 9, 2012
The Lower Lights: Christmas Music and the Common Ground of Faith
Next Post 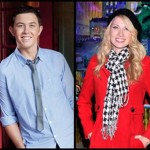 December 11, 2012 Two "Idols" Celebrate the Savior: Christmas Music & Conversation with Scotty McCreery and Brooke White
Recent Comments
3 Comments | Leave a Comment
"What was the name of the gentleman you were speaking to on CHristopher Closeup Sunday ..."
Katie Raggio Hossley Jimmy Kimmel Deserves an Emmy For ..."
"What a great article! Always loved the chracter and how it was developed from the ..."
Rick Malloy, S.J. The Catholic Church (and the Jesuits) ..."
"I loved the show and Father Francis John Patrick Mulcahy S.J played by the actor ..."
Fr.Ed Wade,CC The Catholic Church (and the Jesuits) ..."
"What a great tribute to a fine actor. As a Catholic I was never more ..."
RajunCajun The Catholic Church (and the Jesuits) ..."
Browse Our Archives
get the latest from
Catholic
Sign up for our newsletter
POPULAR AT PATHEOS Catholic
1