Many of you have seen the Christopher Award-winning movie “The Blind Side,” which told the story of Sean and Leigh Anne Tuohy (played by Tim McGraw and Sandra Bullock) adopting homeless teen, Michael Oher, supporting him and his education, and helping to launch his football career with the Baltimore Ravens. It was a happy ending by both Hollywood and real-life standards.

That ending got even happier this past Sunday when the Ravens won the Super Bowl with a little help from Michael Oher, whose adopted family was with him. The ABC News piece embedded here tells the story. And below it is an article based on an interview I did with Sean and Leigh Anne in 2011.

Sean and Leigh Anne Tuohy are the real-life couple who were portrayed by Tim McGraw and Sandra Bullock in the Christopher Award-winning movie The Blind Side. If you haven’t seen the film, it tells the story of an African-American teen named Michael Oher who grew up surrounded by drugs, violence, and a lack of stability. A meeting with the Tuohys—a well-to-do white couple whose son and daughter attended Briarcrest Christian School in Memphis, Tennessee—led Michael to become a part of their family. They championed his education, and nurtured his talent for football that led him to the NFL.

Sean and Leigh Anne joined me on Christopher Closeup a while back to discuss their book “In a Heartbeat: Sharing the Power of Cheerful Giving” in which they share more details about their lives than the movie had time to depict. One of the misconceptions they want to dispel is that Michael Oher needed to be saved. As Sean explained, “He certainly needed help; he didn’t need saving because he was already immensely talented, intelligent, athletic, and gifted. What he needed was an opportunity…All we did was allow him to be who he was supposed to become.”

When I asked Sean where he thought Michael would have ended up if he and Leigh Anne hadn’t taken him in, he revealed that the talented young man might have fallen through society’s cracks—and that thought scared him.

Sean said, “If the most obvious success story walking down the streets of Memphis can fall through the cracks, imagine who gets left behind. It really ruined our day to think about that. So we’re challenging people out there to turn around, find somebody (to help). You really could be sitting next to the next Michael Oher.”

Though some people might see Michael’s crossing paths with the Tuohys as luck or chance, Leigh Anne attributes the whole situation to God. She said, “I think that the Lord has had a purpose for Michael’s life before he was ever on this earth. We don’t believe in coincidence; we don’t believe in fate; we don’t believe that Michael had been to 3 or 4 schools that day and Briarcrest just happened to be the one that took him in, that he happened to land in our daughter’s class, and he happened to be walking down the street that day. We believe it has been God-driven from the very beginning, and that the Lord had a message and a reason for this happening—and that this is the time this message is to be told. There are kids that need help; our foster care system needs to be improved; there are kids that need adopting—and we are going to talk about it because we think it’s that important.”

The Tuohys attitude resonates with us at The Christophers because it perfectly reflects the message of personal initiative and responsibility our founder, Father James Keller, set forth. Instead of letting the opportunity to help someone in need pass by, the Tuohys acted as Christ-bearers and took it upon themselves to make a difference. And what was their motivation? Love of God and love of neighbor. 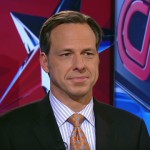 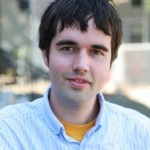 February 7, 2013 A Stigmata-Fearing Young Catholic's Humorous Search for a Culturally Relevant Faith
Recent Comments
0 | Leave a Comment
"What was the name of the gentleman you were speaking to on CHristopher Closeup Sunday ..."
Katie Raggio Hossley Jimmy Kimmel Deserves an Emmy For ..."
"What a great article! Always loved the chracter and how it was developed from the ..."
Rick Malloy, S.J. The Catholic Church (and the Jesuits) ..."
"I loved the show and Father Francis John Patrick Mulcahy S.J played by the actor ..."
Fr.Ed Wade,CC The Catholic Church (and the Jesuits) ..."
"What a great tribute to a fine actor. As a Catholic I was never more ..."
RajunCajun The Catholic Church (and the Jesuits) ..."
Browse Our Archives
get the latest from
Catholic
Sign up for our newsletter
POPULAR AT PATHEOS Catholic
1