Good Intentions, the Road to Hell, and the Moral Devolution of “Breaking Bad’s” Walter White 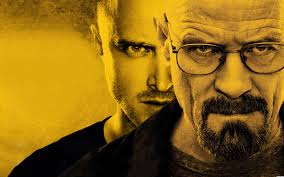 When he was a young scientist, Walter White and his lab partner Gretchen analyzed the chemical composition of the human body, coming up with various percentages of hydrogen, oxygen, carbon, nitrogen, and more. All the elements added up to 99 percent.

“Doesn’t it seem like something’s missing?” asked Walter, wondering if that’s all there is to a human being.

“What about the soul?” responded Gretchen.

“The soul?” Walter said. “There’s nothing but chemistry here.”

That’s an exchange from a flashback scene in a Season One episode of the AMC series “Breaking Bad,” which begins its final season this Sunday, August 11. Though I’m a latecomer to the show, having only started watching it recently on Netflix, it becomes quickly obvious that the entire series gives witness to the slippery slope down which Walter slides as he sells the soul in which he doesn’t believe.

When viewers are introduced to Walter White (Bryan Cranston) in Season One, he’s a middle-aged high school chemistry teacher unhappy with his job educating a group of largely disinterested teens. In order to supplement his salary, he also works at a car wash – a second job that leaves him feeling demeaned and emasculated. Those feelings of powerlessness, however, are nothing compared to the devastation Walter experiences when he’s diagnosed with terminal lung cancer.

The news is a blow on a personal level, but also in terms of the only two bright spots in Walter’s life: his wife Skyler (Anna Gunn) and their teenage son, Walt Jr. (RJ Mitte), who is afflicted with cerebral palsy. For all his other unhappiness, Walter seems to truly love his family. His thoughts move to providing for them financially when he’s gone. And not just for them, but also for a new addition: Skyler, it turns out, has become unexpectedly pregnant.

So what’s a chemist to do when faced with these insurmountable challenges? In Walter’s case, he connects with former student Jesse Pinkman (Aaron Paul), a low-level drug dealer who sells the financially lucrative drug crystal meth. Walter believes he can use his chemistry background to create a quality product that will earn him enough money to support his family when he’s gone, so he and Jesse become partners. But when a mild-mannered teacher gets into the violent, morally corrupt world of drug dealing, the law of unintended consequences kicks in.

When “Breaking Bad” premiered in 2008, creator Vince Gilligan claimed the show would depict Walter’s devolution from “Mr. Chips to Scarface.” I didn’t tune in because the premise and subject matter sounded overwhelmingly dark. After all, I like the main characters in a story to be at least semi-likable or relatable. When I finally started watching the show to see what all the buzz was about, I was surprised to discover that, initially, Walter is both likable and relatable in the way underdogs often are.

He doesn’t begin the series as a bad guy, but as someone with an overwhelming sense of self-pity because life hasn’t treated him fairly. Though he’s achieved the American dream in a sense (wife, family, home in the suburbs), he doesn’t feel like he’s got much to show for playing by the rules. And simmering beneath that self-pity is rage, the rage of someone who feels powerless.

When that’s your mindset, it’s easy to make allowances for your own misbehavior. After all, other people get away with corruption all the time; why shouldn’t you indulge your dark side once in a while? God or the universe owes you something for being good all those years, the thinking goes.

In a way, it reminds me of something Mark Hart (aka The Bible Geek) spoke about on “Christopher Closeup” a while back. When he started working for the Church many years ago, Mark discovered that his co-workers weren’t perfect angels, as he imagined all church workers would be; instead, they were fallible, sometimes-sinful human beings. At first, he thought it gave him license to be not-so-angelic himself. If that was the standard that church folk set, he reasoned, why should he be any better? But soon Mark realized that “saints don’t become saints by comparing themselves to sinners.” Instead of sinking to the standards of fellow human sinners, he grew determined to raise himself to the standards of Jesus. He knew he wouldn’t always succeed, but he could clean up his soul in the striving.

Walter White never arrives at that kind of revelation. He seemingly has no outside moral barometer like religion or a secular code of ethics. And without belief in any higher truth or power than himself, he’s left only with his conscience, which is overwhelmed with bad news, worries, and misguided self-justifications.

Walter’s conscience does its best to keep him from killing a drug dealer named Crazy 8, who he’s holding hostage. Walter inherently knows this would be murder, so he engages Crazy 8 in conversation so he can come to see him as a person, not just an enemy. But when the situation becomes kill-or-be-killed, Walter chokes Crazy 8 to death. This act of taking a life hits Walter hard, but he shuts down the part of himself that allows him to see his victim as a human being. Faced with the dead body, you can sense Walter rationalizing, “The soul? There’s nothing but chemistry here.”

Becoming a God Unto Himself

As Walter’s endeavor progresses, he doesn’t curse the darkness; he embraces it. Each lie is spun into a web of many lies, and each dead body becomes an additional piece of unavoidable collateral damage in his mind. In a Jekyll and Hyde move, he creates an alias for his drug business self – Heisenberg – who does all the dirty work. But evil choices compound evil choices, slowly leaving Heisenberg as the man in charge of Walter White. He becomes the embodiment of original sin on steroids.

Though Walter gets into the drug business for the money, you can sense him becoming enthralled by the sense of power it gives him. That power slowly becomes as addictive to him as crystal meth is to junkies. It’s like he comes to think of himself as a god. And as author Dean Koontz wrote in one of his books, “Men and women who seek to become gods must first lose their humanity.”

So is Walter White redeemable? Theologically speaking, yes. We’re all redeemable until the last moment of life. But based on what my friends who are up-to-date on the show tell me, that redemption is unlikely to happen. A man who has repeatedly made selfish decisions will probably continue doing so, ultimately reaping the violence and death he’s sown. 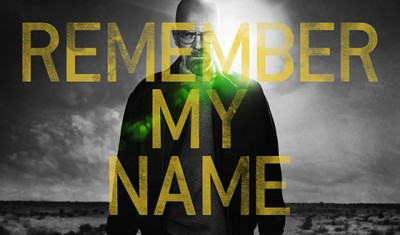 Will Walter get arrested? Will he die a violent death, dragging others down with him? Does the Irene Cara song lyric in the promo poster to the left suggest that he’ll become a teacher at a New York City high school for performing arts? (Okay, that one’s unlikely.)

Regardless, fans can absorb a deeper message from “Breaking Bad” because it’s ultimately a cautionary tale about how easy it is for a decent man to walk himself down the road to hell. Granted, most people who hit times of illness or tragedy won’t become violent drug kingpins. Then again, open the newspaper today and consider all the stories about people who “broke bad,” who chose crime or violence or hatred. They weren’t born that way. So how did it happen?

Also, consider the average temptations to compromise our principles and rationalize bad behavior: I’ll just lie, cheat or steal this once. What’s the harm? Everybody does it. Don’t I deserve to get ahead and be happy?

As Walter White’s story demonstrates, unbridled power and selfish pride helped him gain the world, but lose his soul. And following that road only leads in one direction. 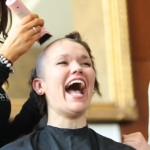 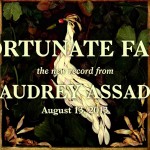 August 12, 2013 Nurturing Faith Through Doubt and Struggles: A Review of Audrey Assad's "Fortunate Fall"
Recent Comments
0 | Leave a Comment
"What was the name of the gentleman you were speaking to on CHristopher Closeup Sunday ..."
Katie Raggio Hossley Jimmy Kimmel Deserves an Emmy For ..."
"What a great article! Always loved the chracter and how it was developed from the ..."
Rick Malloy, S.J. The Catholic Church (and the Jesuits) ..."
"I loved the show and Father Francis John Patrick Mulcahy S.J played by the actor ..."
Fr.Ed Wade,CC The Catholic Church (and the Jesuits) ..."
"What a great tribute to a fine actor. As a Catholic I was never more ..."
RajunCajun The Catholic Church (and the Jesuits) ..."
Browse Our Archives
get the latest from
Catholic
Sign up for our newsletter
POPULAR AT PATHEOS Catholic
1