He Had Every Right Not to Be Happy, But He Was Happy All the Time

He Had Every Right Not to Be Happy, But He Was Happy All the Time October 15, 2013 Tony Rossi 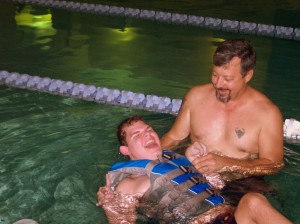 Though born with cerebral palsy along with minimal hearing and vision, Noah Voelker of Gainesville, Florida, always enjoyed being outdoors and in the company of other people. Since there weren’t many opportunities for recreation for the disabled in his area, his parents created “Endeavor Recreation.”

This charity, now called “Noah’s Endeavor,” allowed Noah and other young people like him to enjoy playing, painting and friendship. His mother Shelly explained the impact the group had on him: “If there’s anybody who had a right not to be happy, it was Noah. But he was perfectly happy all the time.”

Though he passed away in 2009 at age 19, Noah’s legacy lives on through the organization named after him. His life also expanded the already-loving hearts of his parents, who have adopted three special needs children since his death.

The Christophers were pleased to play a small part in spreading Noah’s legacy by honoring a video created by college student Shauna Mackey with first prize in our 2013 Video Contest for College Students (find out how to enter this year’s contest). Take a few minutes to watch and see the impact Noah’s life continues to have: 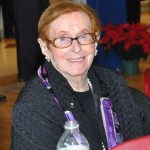 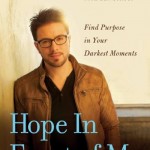 October 17, 2013 The Condition of Our Hearts Affects the Way We See: An Interview with Danny Gokey
Recent Comments
0 | Leave a Comment
Browse Our Archives
get the latest from
Catholic
Sign up for our newsletter
POPULAR AT PATHEOS Catholic
1