The Condition of Our Hearts Affects the Way We See: An Interview with Danny Gokey 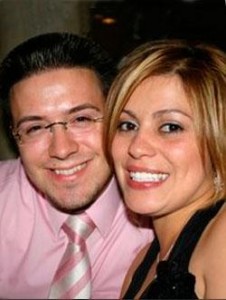 “Fear and faith have one thing in common: they both ask you to believe in something that hasn’t happened yet.”

Former “American Idol” contestant and country singer Danny Gokey lived those words after his wife Sophia died due to a congenital heart defect during their fourth year of marriage.

Sophia had experienced ongoing medical problems since 2005, but during a surgery in 2008 meant to correct the issue, she had a negative reaction. During a follow-up procedure, her heart failed and she was put on an artificial heart. She never regained consciousness and passed away soon after.

For Danny, this was a devastating time, especially because both he and Sophia had grown up as faithful Christian believers, who constantly prayed for healing. 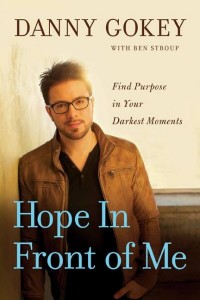 During an interview on “Christopher Closeup” about his new memoir “Hope in Front of Me: Find Purpose in Your Darkest Moments,” Danny admitted that he couldn’t stop asking God the question, “Why didn’t You answer my prayer?”

He said, “I was really upset at God because being raised in the church, you understand that God is a miracle worker. But when you believe and have nothing to show for it, what are you supposed to do?…It’s a dream when some people think that once you give your life to God, all of a sudden things are perfect. That’s not the case. We live in a world that’s broken, where there’s disease, where people are selfish. The foundation of your faith helps you know how to put that in proper perspective. A lot of times when we don’t put it in proper perspective, we start getting bitter and angry because something happened to us that wasn’t fair. That’s the [thinking] that can destroy us.”

Danny’s depression became so debilitating that he quit his two jobs: one as a truck driver, the other as a worship leader in church. When a friend encouraged him to audition for “American Idol,” he resisted because he was afraid he would make a fool of himself.

Danny continued to pray for God to give him some direction – and one day, he got an answer. But it wasn’t one he liked. He recalled, “The answer that I got was, ‘Force yourself to let it go.’ I was like, ‘You’re telling me I have to let it go, and I didn’t even cause the problem? You’re the Creator!’”

It was at that point Danny realized he had to make a choice: anger or hope. Hope, he realized, was an act of the will, not an emotion.

He said, “I sat on my bed with tears coming out of my eyes and I literally pictured myself with one hand hanging onto Sophia’s casket. In my other hand I pictured a hammer. I pictured banging my hand and breaking my hand off the grip of the casket and forcing myself to let it go. When I did that, it was a process, but it was like someone pulled a plug from my heart. The toxic emotions – the injustice, the bitterness, the questions of, ‘Why? I don’t understand, it’s not fair!’ that built up this toxicity of emotions – they just drained once that plug was pulled out. I started realizing how the condition of our hearts affects the way we see. If your heart is full of bitterness, anger and resentment, you’re going to look at this world as a very evil place. That’s exactly what I was doing. Once I let that go, I found this beautiful place. The sky was bluer, the grass was greener, I don’t know how to explain it. It’s powerful to have a pure heart.”

That pure heart led Danny down several new roads. He auditioned for “American Idol,” ultimately finishing in third place. He said, “If ‘American Idol’ didn’t believe in me, I don’t know where I’d be…The show became that point of hope for me. It’s funny how if you have a tainted heart, you can look at good things and call them bad. That’s what I was doing with the show. When I let go [of my anger], I could see things the way they actually are. I saw that I was being set up for a bigger and better thing.”

That bigger and better thing wasn’t about self-aggrandizement, though; it was about a form of generosity that would change lives – and it began in the form of an unexpected financial windfall.

Danny and Sophia had been on her health insurance plan because she was a teacher. He didn’t know that a death benefit of $39,000 was included in the plan. His response when he received that check was, “Even though I don’t have much, this is not my money.” He used it to start a nonprofit called “Sophia’s Heart” because he wanted to help homeless families create better futures for themselves.

It was a pure-hearted intention that drew others to help him as well. Danny said, “Through my brokenness, when I put that in the hands of the Creator, He made something out of it. In 2010, a man came up to me and gave me a 77,000 square foot facility [in Nashville] for free. It was worth several million dollars. We take in homeless families now. They come in broken. We don’t just provide food, clothing and shelter. We create programs that help them design their future and connect them with their dream.”

Danny understands what the people helped by “Sophia’s Heart” are going through because he grew up in a poor family himself. His parents and five siblings were never homeless, but they often ate at second-hand food shelters. Their family was full of love, though, so Danny believes they lived the “American Dream” because they all enjoyed “freedom and opportunity.”

Danny’s personal life has also taken a turn for the better. He is now married once again and has a beautiful son that lights up his life.

Ultimately, Danny wants to help people learn the same lessons he did: regardless of your struggles, there is a brighter future ahead with God’s help.

He said, “God is for us, not against us. Most of our struggles come from [thinking], ‘God doesn’t like me, he hates me, he wants to see me suffer.’ If that’s our mentality, we open the door to a lot of negative things. But when we get the understanding that God wants the best thing for me, you start utilizing faith – and faith is the currency that heaven responds to……I tell people that life is like a book. Sometimes you’ve just got to turn the chapter. Even if you don’t understand it, turn the chapter and move away from it. You don’t know all the good things that are ahead of you yet. Your future is only big enough for you to walk through, not for you and your past to walk through.” 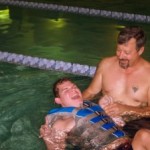 October 15, 2013
He Had Every Right Not to Be Happy, But He Was Happy All the Time
Next Post 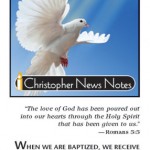 Apologetics is Very Different from the 90s "Golden...
The Unam Sanctam Catholicam [traditionalist] website (Phillip Campbell) wrote about the changing...
view all Catholic blogs
What Are Your Thoughts?leave a comment
Copyright 2008-2020, Patheos. All rights reserved.