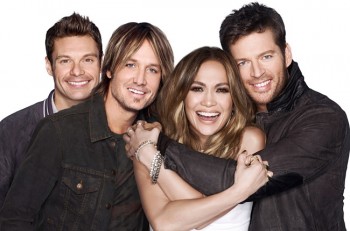 It’s well-known that the United States Supreme Court includes a number of Catholic judges. But television’s Supreme Court of New Music Talent – a.k.a. the “American Idol” judging panel – can boast the same statistic.

This year’s panel is a first in more ways than one. Not only have Keith Urban, Jennifer Lopez and Harry Connick Jr. never worked together before, but they’re also the first panel that is predominantly Catholic – or at least has had Catholic influences in its past.

First, there’s four-time Grammy winner and country star Keith Urban, who wed Nicole Kidman in a Catholic ceremony back in 2006 and with whom he has two children. The website Celebuzz featured an interview with the couple’s pastor, Father Ed Steiner from Nashville, Tennessee’s Cathedral of the Incarnation, in Feb. 2013. This is what the article had to say about the couple’s practice of their faith:

Keith Urban’s got one of the best support systems in the world — and her name is Nicole Kidman.

According to the country superstar’s pastor in Nashville, Urban’s relationship with his wife of nearly seven years has served as a rock for the “Better Life” singer, whose past includes addiction to cocaine and alcohol — and three stints in rehab.

…One thing that really impresses Father Steiner is how well disciplined little Sunday Rose [the couple’s daughter] is when she attends church.

“I don’t like the word strict — I would say they are parents that are teaching their children very properly. They set an example. It’s not lost on anybody.”

Urban, also 45, is a very hands-on dad and makes sure he gets to know everyone who interacts with Sunday Rose.

“At the times when they’ve had to take their daughter to the church nursery, Keith is not the type of father who just drops his daughter off. He visits with all our sitters, he visits with the religious Ed teachers. He interacts with other people’s children in a very, very positive way. What I’ve really experienced from him is what a loving father he is. Not too many fathers are as expressive in their love for their children as is he,” Father Steiner said.

When they’re not on set, the couple makes Nashville their home for several weeks at a time — attending church every Sunday.

“My experience of them is, if they are in town then they are at church,” said Steiner. “They clearly both take their faith very seriously.”

It’s harder to pin down Jennifer Lopez’s current spiritual beliefs, though there were unconfirmed rumors she is embracing Scientology. However, she was raised Catholic and attended Holy Family Catholic school in the Bronx, New York, while growing up, so she’s got some of that influence in her life.

Much more openly Catholic is three-time Grammy-winner, two-time Emmy winner, actor, jazz singer and married father of three daughters Harry Connick Jr., who joked about needing to go to confession after a new agey “sound healer” came in to audition – and who my Patheos colleague, Catholic Mom Lisa Hendey, recently praised for being dad-like towards a contestant. Connick who is headlining a benefit for Catholic Charities in Dallas on Feb. 1, 2014, doesn’t talk about his faith often, but has opened up about it at various times. Deacon Greg Kandra, another one of our talented Patheos bloggers, said, “I remember seeing Connick at Yankee Stadium in 2008, where he was the ‘opening act’ for Pope Benedict before Mass. In between songs, he talked about someone asking him if he was a practicing Catholic. ‘Yeah,’ he quipped. ‘Gonna keep practicing until I get it right…!'”

“There’s a lot of Jewish people out there, who insist that I’m Jewish because the faith is passed on by the mother. But it was an interesting thing because my mother was raised Jewish – she was born in Manhattan – she wanted me to decide for myself what religion I was going to be. She didn’t want me baptized as a baby. So when I was 14, I decided I really wanted to be Catholic, so I got confirmed, baptized, everything on the same day in New Orleans. So it was a choice. My children I chose to have baptized because I think, personally, it’s better to raise them in a situation or an environment – and if they want to decide [otherwise], they’re going to grow up anyway. But I think if they have structure, no matter what religion you choose for them, I think it’s important to have that. That’s one thing that I missed as a little kid.”

Connick’s spiritual background also got fleshed out during a 2009 interview with Christianity Today International:

“I think the church manifests itself in my life through the people who have set the best examples for me, like my dad, my sister. My mother, who was raised Jewish…knew more about the Catholic Church than 99 percent of the Catholics I know. And her actions were Christian actions. The kind of faith in God that she and my father had, honestly that probably shaped me more than the Church did growing up. Because I learn by observing. I learn more by an example that’s been set than by doctrine or the words that are being spoken.”

Connick talked to Beliefnet about the intersection of his faith and his art:

“There are times when I think there is some kind of divine intervention. Sometimes you are left speechless by an experience you have with your life or your art and you thank God for that and you say to yourself, that was a blessing. But the spiritual part of my life is bigger than anything that I am and bigger than my art. I think God is bigger than art and me and all of us, beyond all of us. I can’t even put my art in the same sentence as God. I know that the gifts I’ve received are from God, but I don’t try to dwell on a link between my art and my faith and my spirituality. I just try to be the art and try to do what I am supposed to do down here. I try to be guided by what I think is right. When I pray, I don’t really pray for anything, I just try to do God’s will and do it the best that I can. I think that’s what God would want me to do. So I don’t necessarily draw lines between artistic choice and spirituality.”

Though it can be difficult for people in the entertainment industry to maintain their faith and values, Connick credits his family and Catholicism with keeping him grounded. During the aforementioned Busted Halo interview, he told Father Dave Dwyer:

“Somebody really, really famous asked me one time, ‘Don’t you ever get tempted to cheat on your wife because there’s a lot of beautiful women out there.’ I said, ‘For me, having my faith and my family allows me to go out into the stratosphere with my art and it makes me completely uninhibited as a singer and an actor because I know where my home is.’ It’s the people, I think, that don’t have that who may have a harder time separating those two worlds. They’re very clearly separated for me.”

So will the judges Catholic backgrounds manifest themselves on “American Idol?” Probably not in too overt a way, other than occasional side comments like the aforementioned examples with Connick – or when there’s a contestant with a background in church music, of which there are usually a few.

The judges are also all pretty good at trying to respect a contestant’s dignity when rejecting them. Even Connick, who has earned the nicknames “Harsh Harry” and “Hatchet Harry” due to some of his critiques, is simply being truthful about what he hears and sees. It’s nowhere near the level of putdowns that used to emerge from Simon Cowell’s mouth.

“American Idol” is a secular entertainment show, so we shouldn’t expect sermons from anyone. Still, it’s good to know that the Catholic faith is – or has been – a positive influence on the lives of the judges. 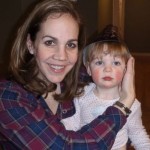 January 16, 2014
Meet the Businessman Who Showed Kindness to Autistic Girl on Plane
Next Post

January 21, 2014 Can Politicians and the Media Make Room for the Simple Alchemy of Love?
Recent Comments
0 | Leave a Comment
"What was the name of the gentleman you were speaking to on CHristopher Closeup Sunday ..."
Katie Raggio Hossley Jimmy Kimmel Deserves an Emmy For ..."
"What a great article! Always loved the chracter and how it was developed from the ..."
Rick Malloy, S.J. The Catholic Church (and the Jesuits) ..."
"I loved the show and Father Francis John Patrick Mulcahy S.J played by the actor ..."
Fr.Ed Wade,CC The Catholic Church (and the Jesuits) ..."
"What a great tribute to a fine actor. As a Catholic I was never more ..."
RajunCajun The Catholic Church (and the Jesuits) ..."
Browse Our Archives
get the latest from
Catholic
Sign up for our newsletter
POPULAR AT PATHEOS Catholic
1

What You're Doing When You Vaccine-Shame...
Sticking the Corners
Related posts from Christopher Closeup