The focus during the Olympics is always on the medal winners, and that’s understandable. It is, after all, a competition. But when I watch the games, I’m also interested in the character of the athletes and how much heart they put into their performances.

Consider Noelle Pikus-Pace, who is competing in the women’s skeleton competition (a sledding event). Her dreams of Olympic glory were dashed in Torino in 2006 when a four man bobsled team didn’t brake at the finish line and ran into her, breaking her leg. At the Vancouver Olympics in 2010, she would have earned a bronze medal if not for one maneuver that took her two inches too far to the right, slowing her time down to only qualify for fourth place.

After that, Pikus-Pace decided to retire because she and her husband wanted to start a family and her constant training wasn’t conducive to that. They had a son and a daughter and then conceived a third child. But that pregnancy ended in an emotionally devastating miscarriage. She told NBC, “My baby’s heart just stopped, and no one could tell me why.” With the desire to focus on something positive, Pikus-Pace turned to the Olympics once again.

“I really needed the distraction, turning my mind from loss and heartache to compete again,” she told TODAY.com. “I was looking forward to another goal, and it was chasing this Olympic dream together with my husband, something we felt strongly that was meant to be.”

Her husband Janson quit his job and, with their kids in tow, accompanied his wife through all her grueling training and qualifying, and finally to the 2014 Sochi Olympics. It’s even more of a family affair because Noelle is competing on a sled that was designed by her engineer husband.

One of the most appealing qualities of Pikus-Pace is her positive energy and attitude. When I saw her being interviewed last night before and after the first half of the skeleton competition, I thought, “She might be the happiest athlete in the U.S. delegation.” That happiness is hard won, however, and grounded in a love of family and God.

Pikus-Pace, a practicing Mormon, once said, “I have learned that when I put my faith and trust in God, first and foremost, everything else falls into place. This doesn’t mean that it will always be easy, but I will have the strength to make it through any trials or difficulties that come my way.”

Though her hard work and determination have already made Pikus-Pace a winner in my book, she got some icing on the cake by earning a silver medal in the skeleton today, which happens to be Valentine’s Day.

As much as she wanted to win in the past, I have to imagine that this victory is far better than it would have been four years ago because now she’s got not just her husband, but their two kids, to share it with. They went on this journey together, and will celebrate the victory together. As Noelle told Today.com, “It’s never been only me crossing finish line. It’s always been us.”

With that amount of love plus a shiny new Olympic medal, Valentine’s Day couldn’t get any sweeter. 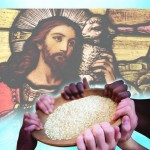 February 12, 2014
Moving Outside of Ourselves by Serving the Poor
Next Post 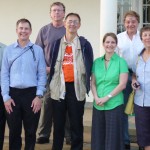 February 19, 2014 Dr. Kevin Hunt and Nicole Schreiner Bring Medicine & Compassion to Uganda's Poor
Recent Comments
0 | Leave a Comment
Browse Our Archives
get the latest from
Catholic
Sign up for our newsletter
POPULAR AT PATHEOS Catholic
1